NO JOB TOO LARGE OR TOO SMALL

General Info
24 Hour Emergency Service
BBB Rating
A+
BBB Rating and Accreditation information may be delayed up to a week.
BBB Accredited businesses follow the BBB Code of Business Practices and pay a fee for accreditation review and monitoring. Accreditation is not a BBB endorsement or evaluation of the business’ product quality or competency in performing services. 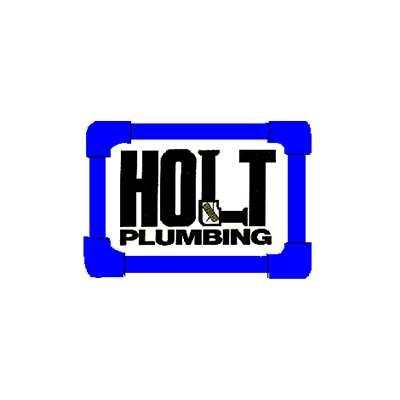 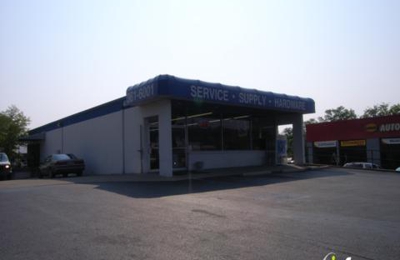 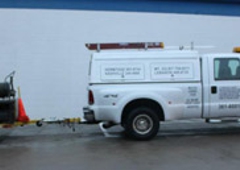 Holt Plumbing missed the first appointment, came 2 hours late for the rescheduled appointment, never received the promised email for the estimate. They are not trustworthy.

Reasonable prices offered and they usually have many appointment times available (in my experience with them). The repaired some pipes under my sink, and did an effective job.

Very happy with their service. Came out quickly, made repairs, and very reasonable on price. Did not try to sell me things I didn't need. Will use again! Highly recommend.

Rip off Rip off Rip off. Their plumber came 90 min late and blamed traffic. Came in a big truck but did not have even a standard size cartridges and springs. He fixed only one faucet out of two. He didn't have cartridge for other. Charged me 75 dollars. Gave me 30 days warranty on their work but when I called after 4 days and told them faucet is very tight to rotate since they fixed it. They said we will charge 75 dollars again. Also told me if we don't have parts we will go and buy it from the market but I have to pay for all this time, 75 dollars an hour. Very dishonest company. Be very careful if you find this company.

Very Pleased with Holt Plumbing! I had a broken drain pipe under kitchen sink, also had new garbage disposal installed. I called Holt Plumbing, the lady who answered phone was very helpful, answered all questions patiently and I did not feel hurried or rushed at all. She gave me the hourly rate which was more than fair. After speaking with her at length I didn’t call anywhere else, I set an appt. for the next afternoon. I received a call when the LaVergne area plumber, James, was on his way to my home. When he arived he was polite, professional, surveyed the work to be done and gave a price estimate before starting. He was friendly, quick, left no mess, explained what he was doing, had me look at and test sink and garbage disposal when he was done to be sure I was satisfied, etc. While we chatted he mentioned that Holt Plumbing was a great company to work for and that the people there were just down home family people. I had asked him if I could add a tip on to the credit card charge for him personally because I was pleased with the work and pleased with the bill, but he replied that he was paid fairly by the company already and that if I was happy enough with his work the best “tip” I could give would be to call the office and let them know. I did. If I ever have another plumbing need I will be calling Holt and requesting the LaVergne area man, James.

I have used Holt Plumbing numerous times over the past several years. I have always been pleased with the work they have done for my family. I will always use Holt because their office staff is friendly, their plumbers are knowledgeable, and it is a family owned small business. And, their prices are always better than any company I check with.

Thank you so much! We appreciate your business and will work hard to continue to earn the trust you have given us.

This listing has been claimed by a business representative.
Helpful(0)ShareFlag
Julie Y.

Holt Plumbing is a wonderful company! We had them come out and put all the plumbing in our new house, and they did a fantastic job. They were extremely polite and knowledgeable and got the work done in a reasonable amount of time for a very reasonable price. We will definitely use them again for all of our plumbing needs and would recommend them to anyone who wants a great job done at a low price!

I had a budget so before i got my work done i got pricing from everyone in town, Holt Plumbing gave me the best pricing and there work was excellent. They not only where cheap, but they did the job right. they have now done a large repipe in my home and several jobs for my mother. The people in the office are also nice and easy to deal with. I have had really bad experiences with plumbing company's before and it has been nice to have several good ones in a row now. I will never use anyone else, they are the best.

If you combine all the bad the reviews, prior to my review, then that is what I experienced. I was recommended to them by a relative of one their plumbers. I was lied to about the cost of parts and time it would take. I have never written a review before and may never do it again, but I set up this account to write this one. I will never use them again and recommend no one else to even call them because what you hear in the phone call is not truthful! Also, this company has a D- rating with BBB.

There are 2 companies named "Holt Plumbing" in Nashville; be sure you use the one on Murfreesboro Rd! We have used them for everything from fixing a leaky faucet to replacing a water heater and toilets. They are always professional, prompt, and do a great job. We have found their rates to be reasonable. I recommend them to anyone and everyone!

Thanks for taking the time to review us! We appreciate your business and will do our best to continue to earn it.

This listing has been claimed by a business representative.
Helpful(0)ShareFlag
Not Handy

We have used Holt for fixing broken faucets, replacing a sink, replacing a water heater, and replacing toilets. They are prompt and do a good job. On the one occasion when they had to come back (faucet leaked a little) they returned quickly and of course no charge. We recommend them highly!

By the way - there are 2 plumbing companies named ""Holt Plumbing"" in Nashville. I'm talking about the one on Murfreesboro road - they have been great!

Good people, I called and they came out and took care of my plumbing problem. I had tried to fix it myself and only created a mess. I was so pleased I had them fix my hot water heater when they were out there. They were dressed and acted professional. That

Had a great experience when I called with water heater trouble! Girl in office was very knowledgable and understood the urgency of my problem. Plumber arrived when expected, clean, polite and quick. He told me I did not need a new heater and got it working again for much less than I expected to pay for a new one. Will call every time!

Being older it is nice to have people in my home knowing they aren't here to take advantage. I recommend calling this company. Great job and Thanks.Thanks,

Thank you so much for posting. We will do our best to continue to earn your trust and business.

This listing has been claimed by a business representative.
Helpful(0)ShareFlag
Leslie W.

My family, my friends, and I have used Holt Plumbing for over 20 years. They are the fairest and best value in town. I have never had an issue with any work performed and felt I was always treated fairly when they were done. I have referred Holt Plumbing to all of my friends, and none have ever come back to me and say they were not treated with courteousness and fairness. The employees at Holt Plumbing are very service oriented, they try to get as much information from you as they can to give the plumber a heads up as to what your problem is before they arrive, that way there is no wasted time in getting you back in business as quickly as possible. I recommend Holt Plumbing highly, you will be sorry if you called someone else.

Thanks! We appreciate you as a regular customer and the referrals you send our way.

This listing has been claimed by a business representative.
Helpful(0)ShareFlag
LWilkes

I have never been more satisfied with a company and it`s employees as I am with Holt Plumbing. They bend over backwards to accommodate you and your needs. I can feel confident that whatever hour I call for their services, I will be helped promptly and courteously. They have a parts department upstairs that carries some hard to find stuff that your Home Depots or Lowes don?t have on hand. Holt has always given me a fare price for the work they have done, no complaints about quality or timeliness.
Sincerely,
L. Wilkes

I used Holt plumbing this morning to do a repair in our bathroom. As a first time home owner and as a woman who doesn't know much about bathroom repairs, I wanted to do my research about a company to hire and to be sure I didn't feel as though I was being taken advantage of. Right off the bat, I got nothing but top notch service and customer care from the woman who set up the appointment (so friendly..even called me back to make sure she spelled my last name right) to the repair man, who was on time, kind and never once made me feel like he was trying to sell me something I didn't need or milk the clock like other companies that I have used in the past. His name was Harry, and he explained the problem, fixed it and was on his way. He was wonderful! The whole experience was great and the price was even better! I will use Holt Plumbing every time and tell all my friends and neighbors the same. Thanks for the GREAT SERVICE!!!

This listing has been claimed by a business representative.
Helpful(0)ShareFlag
m0497l

I use Holt for my business needs and I am never disappointed. From calling in my issue to the tech calling me prior to arriving to the actual timely repairs. These guys hustle to get the job completed and the right way. The invoices are always reasonable as well.

Thanks for taking the time to post! We appreciate your business!

This listing has been claimed by a business representative.
Helpful(0)ShareFlag
nashvillenative2009

I recently had an issue with a sewer line in my yard, so I decided to use Holt Plumbing because I had used them before for smaller jobs. I like to support locally owned family companies, especially when their pricing and quality of work is the best I have found.

I was very pleased with the work that the men who came out to my house did. They completed my job on time, and did a great job. I felt like the pricing was fair and the employees were wonderful to work with.

Thanks! We appreciate your business. We are proud of our employees and glad you are pleased with their work.

This listing has been claimed by a business representative.
Helpful(0)ShareFlag
Drain and SewerGeneral END_OF_DOCUMENT_TOKEN_TO_BE_REPLACED
Provided by