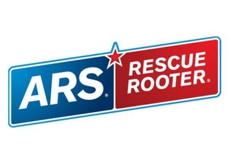 Also called Home Depot for a quote on a HVAC-- ARS came out for the quote. We were interested in a quote for a ductless system in our bonus room only. Sales guy noted our unit "was 20 years old "( from 1999- date is on the unit) and that it would probably go out at any time. We let him quote a HVAC for our house and then a ductless for our bonus room-- Initial quote was over $16k. We weren't even prepared for that # and he told us if we accepted the bid that night, that he'd knock $5000 off and we'd get a $500 rebate from TVA for having energy efficient units (he told us he didn't want to have to come back out because we lived so far). We went with the deal and they came 2 days later to install. Well, install was OK- the tech's didn't hook up the heater portion of the HVAC and also they ran a electrical line for the ductless system that my 5 year old could have made straighter. Pipe is coming off the ductless system on the side of the house also, looks like garbage. Tech came back to fix the heater and then a few weeks later they re-ran the electrical line to make it straight.

TVA came to inspect units for our rebate about 3 weeks after install-- neither unit was energy efficient. LOL. That means no rebates from TVA. Got ARS to install a WHOLE NEW HVAC so it would meet energy efficient guidelines after having non energy efficient system for over a month. The rep at ARS Said that TVA came to their office and determined that the ductless was energy efficient and that we'd qualify for both rebates. Waited 4 more weeks to for my rebates-- nothing. Called TVA and no paperwork was ever submitted to them and no one from ARS ever came to the office. I gave TVA the info on our new HVAC that was installed and they gave me a $250 credit on my electric bill (not $250 cash like my sales guy had promised).

Then 2 days ago, we get a check in the mail for $250 for the ductless unit. SO the ductless in in fact NOT energy efficient like we'd been promised, because if it were, our rebate would have been from TVA.

Another thing, my sales guy said I'd be able to write these units off on my taxes since they are energy efficient and I run a home business. No HVAC units can be written off in 2015 unless they are geo-thermal.

This company is a bunch of crooks and liars. I would highly recommend NOT doing business with these folks. I am thinking about filing a claim on their Insurance Policy since their product that they gave me was NOT what I was promised.

I mean they do, do the job. they fix what is needed to be fixed, but it always seems that it goes bad again right after they leave. I tried hiller and got better results

I called ARS Rescue Rooter at 10 AM when my HVAC unit failed to fire up and heat. The lady on the phone checked with the crew and said "they would be there no later than 1:30 PM and if they were going to be any later they would call me and give me an updated time. And if they finish their job sooner they would call when they were on the way". I called the corporate phone number around 3 PM and a guy took my information and said he would have somebody call me back shorty (no one ever called back). I received a call after 5 PM from the technician saying he was at my gate to do the repair call. I told him that I had left to go to the hockey game that I had tickets for and I would not be home. Apparently they expected me to sit there for seven hours waiting for them and still not show. They left me on a Saturday night with no heat and temperatures falling below freezing. I could've called other companies but they assured me that this would be taken care of around 1:30 PM. Very unprofessional business practices.

Had ARS come out to my rental property to snake 2-lines and replace a toilet seal, total quote: $1,300.00. I pay plumbers $95.00/line locally. The ARS tech. said "good luck having the same job done for 1/2 the price". Later the next day I had the work performed for approximately 1/2 the amount.

Invited ARS to my home for their offer of a $19 plumbing inspection, what I got was an OUTRAGEROUS quote to replace a Kitchen Faucet $544 and $500 Labor charge to replace a 40 gallon water heater, this company is currently on a Consumer alert with the BBB so be warned, not a company I would recommend.

Billie H was my tech. He did a great job tuning up my AC units. He explained exactly what was done to each and the condition of each one. He cleaned each unit thoroughly and made sure they were running perfectly. Billie was very friendly and professional. I will recommend ARS and Billie to anyone needing HVAC or plumbing services in the future. Thanks, Tim Thompson, Mt Juliet, TN.

Kimberly H. was very helpful and knowledgeable about what the process of getting a free estimate would entail. She was professional, courteous, and friendly.

Chris McCreless and Kyle Maupin did a great job installing our air conditioner, they finished in a timely manner and were polite. They showed me how everything worked. ARS has good quality service.

Very nice and knowledgeable people. Kim was so helpful also helped find what I needed in the store.

They did a great job. I recommend this business

Chris McCreless and Jordan Neely did a super job in installing our new heat pump.

Kevin explained everything thoroughly and was very helpful. He came same day we called, and was polite and left everything clean. I would definitely call ARS again.

Twice I have tried to use this company for their services. On the first was just for a quote on a HVAC install. They conviently called 30 mins past the appointment time and then let me know they were running behind and would still be a few hrs before they could make it. It would have been courteous to recieve that call before the scheduled time. Trying to forgive and forget that incident, I call for a plumbing issue. It is now 4 hrs past the time I was due for at least a call saying when they are supposed to show up. Needless to say, the issue is now resolved. If you like waiting around for something that will never happen, by all means... call ARS... They will not let you down!!

great company! warranties exceeded the industry, and everyone was very polite!

Harrison was very professional and knowledgeable about my heating/air system.

He was very courteous and deserving of recognition.

Ben and James were awesome. I will only call ARS when I buy my next home. I plan to tell all my neighbors and friends to use ARS!