General Info
Founded in 1983, Clipper Magazine is an advertising publication with more than 405 individual market editions that are distributed in more than 25 states. The publications are mailed several times annually and reach more than 20 million American homes. Clipper Magazine also operates numerous subsidiaries, including Loyal Customer Club, My New Home Guide, myClipper.com, Spencer Advertising & Marketing and Clipper Web Development. Clipper Magazine is a subsidiary of Gannett Company, a publisher of newspapers, non-daily publications and Web sites. The company operates newspapers in the United Kingdom under the name Newsquest and operates more than 20 television stations in the United States. Clipper Magazine is headquartered in Mountville, Penn.
Email
Email Business
BBB Rating
A+
BBB Rating and Accreditation information may be delayed up to a week.
Extra Phones 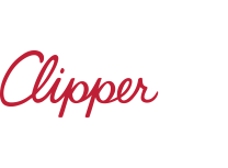 BUSINESS OWNERS BEWARE - This is a horribly run company with incompetent leadership. Was a long-term advertiser of Clipper having spent over $170,000 in advertising with Clipper over the last 15 years. A couple years ago, I was assigned a new sales rep. that was pretentious and condescending. Her arrogance resulted in me not advertising with Clipper in 2015. Typically, I spend between $12,000 - $15,000 during March and April with Clipper. She made it abundantly clear this was irrelevant to her as it wasn't her company. In planning for 2016, I reached out to the President and Vice President of Clipper Magazine to share my aforementioned concern. Promptly, I received a call from the Vice President assuring me this is not the culture being perpetuated at the "new" Clipper Magazine, apologizing for the rogue behavior of their local sales rep. He promised to proctor my account in the hope to resurrect our relationship. Subsequently, I received a call from the Division Director acknowledging my concern and promising again to assist in getting our relationship back to what it once was. She then handed my account off to their Regional Account Manager to schedule a meeting. In follow-up to this meeting, the promises the Vice President of Clipper Magazine made were not honored. I elicited the help of this individual and was advised "HE HAS TOO MANY OTHER THINGS TO DO DAILY THAN TO DEAL WITH CUSTOMERS DIRECTLY AND HE WAS MISINFORMED WITH THE PRICING HE OFFERED". Huh, really!? She indicated that he will no longer assist me as he promised. Similar to my experience the prior year, it appears the "rogue" behavior exhibited by the local sales rep has a direct correlation to the prevailing level of incompetence that starts with the "new" leadership at Clipper Magazine.