A Direct Approach To Diamond Sales

General Info
Diamonds Direct Birmingham offers an unmatched selection of engagement rings, loose diamonds, wedding bands, gemstone jewelry, fine jewelry, and more. We are a true direct diamond importer, cutting out all the middle man markups. Our selection, education, warranties and guarantees create a no-risk shopping environment that is customer focused and flexible to ensure we maximize the customer's budget and exceed their expectations.
Email
Email Business
BBB Rating
A+
BBB Rating and Accreditation information may be delayed up to a week.
BBB Accredited businesses follow the BBB Code of Business Practices and pay a fee for accreditation review and monitoring. Accreditation is not a BBB endorsement or evaluation of the business’ product quality or competency in performing services. 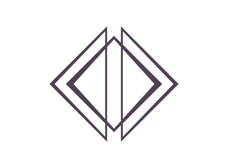 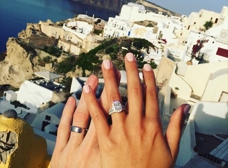 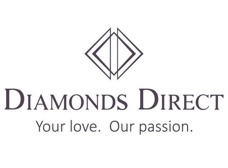 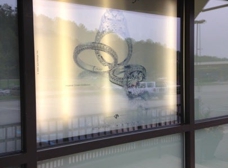 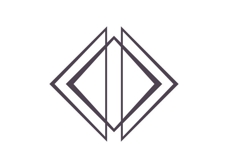 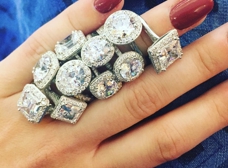 Diamonds Direct was a fantastic experience!!! Karen was very knowledgeable about their diamonds and offerings. Service was top notch and I never felt pressured throughout the whole process. I give them a 5 star rating and will be using them for our future purchases.

Going to Diamonds Direct was the worst decision me &amp; my fiancé ever made. Once we picked out the stone &amp; setting, everything else was a complete nightmare! And while you read this, keep in mind that we are talking about a 2+ carat diamond. If you think you are getting a good value, think again. You definitely get what you pay for.

They did not give us the EGL certification when we picked up the ring and were given the appraisal; we were told the certificate would be mailed from the Charlotte office. A month later we still had not received it and Charlotte said they never had it to begin with.....and it all went downhill from there. We decided to go back and express our frustration regarding all the issues we had, i.e. the side stones not matching, never being told it was an EGL diamond, never receiving the certification after 5 weeks, etc.

They said they wanted us to be happy so they replaced the EGL stone with a GIA stone that had the same color grade. First, the replacement stone didn't fit in the setting since it was built for the original stone. They told us the new stone was more valuable since it was GIA certified, but when we received the appraisal, it was the same amount as the original EGL stone. First, they told my fiancé they didn't increase it because it would just make his insurance on it go up. When I called to question this, I was told it didn't increase because they were the same size, grade, etc except the replacement was a GIA so it wouldn’t change the appraisal amount. Just the night before we were told, by this same person and another employee, how much more valuable this replacement GIA stone was. When I brought this up and reminded them of what they just told us twelve hours earlier, they then changed their story and said they didn't change the appraisal on this stone because it was correct but that the original appraisal was wrong and that is really should have been six thousand dollars less. So first they said it was due to insurance, and then they said it was because it was the same value, and then they said they made a mistake on the first appraisal...all within a twenty minute conversation.

Needless to say, we will NEVER do business with them again!! It truly was the worst experience I could ever imagine. I would advise anyone to not only walk away from their &quot;good value&quot; but run as fast as you can. I don't want this to ever happen to anyone else, it was truly heartbreaking.

Diamonds Direct was great. My entire experience with Charlie and Amit left me feeling as if I dealt with a professional instead of a salesman. I am a very wary buyer, so I confidently say you can trust that they will listen and deliver the exact ring you are seeking. Before I purchased my engagement ring, I spoke with a family friend who retired after years spent as a custom jeweler. He walked me through everything I should know about diamonds, metals, and design. Given my budget, he told me exactly what I should buy to ensure a high quality ring. Since I couldn't use him, I began looking for a jeweler in Birmingham. Everything they advised about diamonds, metals, and design mirrored the advice of my family friend. They listened when I explained what I wanted. The service remained the same despite my rather modest budget, and their price was even better than with what my friend told me to expect from a trustworthy and qualified jeweler. Charlie and Amit went out of his way to make sure I was pleased with the ring, and they genuinely seemed as excited about the process. I would advise you take a less traditional route by visiting Diamonds Direct, you'll be pleased you did.

I went to Diamonds direct to have three things done to my engagement ring and wedding band. I wanted to have my rings soldered together, rhodium plated, and have my diamond repositioned as the prongs were catching. My ring was not ready on said date, infact I had to go back twice because they failed to call me to inform me it hasnt even been started. When I finally received the ring, only half of the soldering job was done. After speaking to the manager about my horrible experience, he assured me everything would be taken care of with the utmost precsion. Now, after having my ring for 3 days, the soldering is off center, and half of the prongs are not even touching the diamond. Absolutely awful experience, I will NEVER go back. I will also be sure to let friends and family never to use Diamonds Direct. Now I have to go to another jewler so they can repair the job that was not done.

This wine loft can not compare to the one in five points. We had terrible food and possibly the worst service. I sent the manager a complaint over a week ago and still have not received a response.

The Cahaba Village Peterbrooke is the best Peterbrooke store I've been to so far! Their shelves are always stocked and they always have just what I want. They offer very friendly customer service. If there is a special order that you need they are more than willing to help you find that special something. Shipping is so easy with this Peterbrooke since they add cold packs to all their boxes ensuring that your package arrives on time and doesn't melt! I gave this Peterbrooke loaction 5 stars!