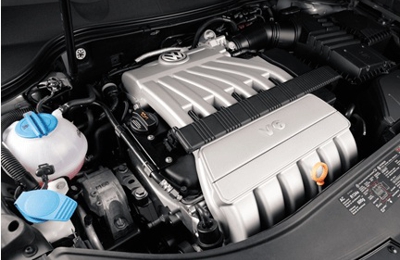 Worse customer service ever. They tried to sell me a car that cost 20K for 41K.. They told me is the APR..wth kind of APR is that..100%.? I asked mustiple times to talk to someone from finance so they can explain everything and why the price had doubled. The manager was the most unhelpful person ever and even told me that I was wasting their time..wow i guess the dont care about customers and don't really wanna sell any cars..i bought 2 car from there before and parents did too but Im never going back..beware ppl dont shop there..

I would avoid shopping at this dealer if you are a women shopping alone or just someone with little car knowledge. These dealers love to take advantage of anyone who walks through their doors. I had bought a car from them about a year or two ago and fell in love. The sticker price was about $6,000. After talking with the dealer he tells me my total on the car is $8,000. They tack on a road side assistance program fee without even telling you. Then when trying to negotiate a price without the fancy package they tell me if I don't buy the package they wont fix the check engine light before selling the car too me . Finally after reaching a good price we made the deal. When I turned around to sell this car was when I found out how bad I was cheated. They showed me the "clean" car fax but the vehicle had hidden problems with the body/pain, suspension, and the tires were rigged to hold air because they all had leaks in them. Simply enough they are money hungry and care very little about serving their customers. The retail value for my car after finding out all the issues was under $4,000. They made me over pay substantially! Don't waste your time and money with this place, no matter how good the price is.

This dealership sold me a vehicle that did not meet Illinois State Law. Clearly I was unaware of this until I received a violation ticket. When I contacted Autobarn to help fix the issue in violation, I was given the run around being transferred from person to person, all of whom made it clear they did not want to "deal" with me. I left multiple voicemails, all of which went unreturned. When I finally did speak with someone, I was told to bring the vehicle in early Monday morning and that it would be taken care of so I could verify compliance with the local police department later that day. After dropping the vehicle off for almost five hours, I was given a call from service saying they had not done any of the work requested and that they would not cover the cost to make the vehicle legal to drive in the state of Illinois. When I came to pick up my vehicle, which again had been there for five hours, they had not even so much as washed it. Being a regular costumer for over three years, I am sickened by the fact I was sold a car that is illegal to drive in this state and that they did absolutely nothing to correct the situation. If you are planning to buy or service a volkswagen, I would strongly suggest going elsewhere. These guys are crooks with no respect for their costumers or their craft.

Wojciech was extremely helpful, professional and knowledgeable. He was able to secure warranty work in order to get my car back to the right running condition. I didn't even think warranty was an option! Due to the need for parts, my car was in for several days and he was very good at keeping me updated and explaining what was needed to get the job done. This was my first experience with Autobarn and I was very impressed. I felt like I got the work done that was needed at a very fair price.