General Info
Better Life Carolina provides hormone replacement therapy to the Charleston, SC and Charlotte, NC areas.
BBB Rating
A+
BBB Rating and Accreditation information may be delayed up to a week.
BBB Accredited businesses follow the BBB Code of Business Practices and pay a fee for accreditation review and monitoring. Accreditation is not a BBB endorsement or evaluation of the business’ product quality or competency in performing services. 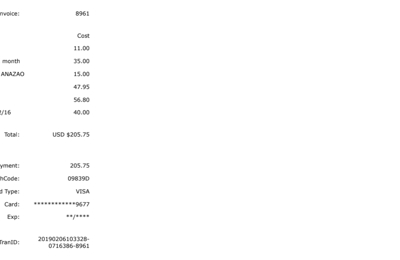 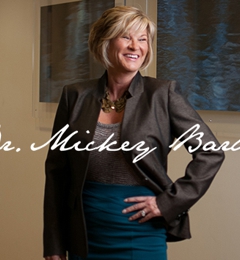 I was very impressed with my treatment. Dr. Barber do listen with my concerns and took care of it. I am also very happy with their staff as they were approachable and helpful. Better Life Carolina's is truly trusted when it comes to their work and procedure. I highly recommend their best practice.

I made a good choice for choosing Better Life Carolinas for my Vampire Facelift Treatment. They have light procedure that made me comfortable and I am very happy with the result. I recommend them for men and women’s wellness needs. They’re one of the most trusted wellness care in Charleston!

I am very satisfied with the result! They have great care and service that other age management wellness centre never have. I highly recommended Better Life Carolinas for their good work!

Better Life Carolinas is absolutely amazing for their good service! They have great value of wellness care for both men and women’s need. Aside from that, I like how their attentive staff work, plus they have a good ambience of their office. It was very relaxing. I never regret that I chose Better Life Carolinas and would love to visit again next time.

Thank you so much for the effective treatment! I love Better Life Carolinas for their wonderful service and friendly staff especially their doctor. I am looking forward to visit them again for my facelift treatment. Great service!

I feel very relieve and happy after my treatment. Better Life Carolinas gave a better result and it was very effective. I highly recommended them for their great service value!

I have been undergone several treatments here and they’ve never failed to amaze me. It was been a life changing! Better Life Carolinas and its staff are incredible. I am thanking them much for doing a great job. Highly recommended!

I just made an appointment with Dr. Barber for my few treatments here. They have amazing and wonderful staffs that cares for your aesthetic treatment needs. The procedure was completely done and changed one a part of my life! I would surely go back to Better Life Carolinas and highly recommend them to my friends! I love it.

Dr. Barber is an expert in men's health issues. If you live in the Charleston area there is not a better Doctor to see about such issues.

This is the worst company I have ever dealt with. The package was purchased for me in December, but my first appointment didn’t take place until January. They gave me my first round of testosterone following my appointment. I finished the bottle in less than 21 days. I did not receive the new bottle until March. even though I was billed in Feb. I called multiple times asking about the shipment. They just apologized with no action. After many phone calls the shipment finally arrived, but they did not include the needles. I called Better Life to let them know. It took a week to get the needles. They also charged me an additional 15.00 shipping for 10 needles when the needles should have been sent with the testosterone. They also charged me 15.00 shipping for a tiny bottle of testosterone. 30.00 in shipping for a 40.00 bottle of testosterone. If anything, I should not have been charged for two shipping charges because they were at fault for forgetting to include the needles in the first shipment.

At the time of my first visit she told me I was low in b12, dhea and needed DIM. I told her a had a full bottle of B complex, She said I have a sample of B and gave me a bottle when I left her office. I got a bill for 205.00 for the supplements that come from their lab. I immediately called Better Life and told the about the B12 she gave me. That I thought it was a sample because I told her I already had a bottle. They wouldn't let me return it.


Now they are refusing to credit the correct amount back to my account after my request to cancel.

Stay away from this company. The only people getting a “Better Life” are the doctors and other employees because they are robbing patients with absurd shipping costs, sky high prices on common supplements and crooked accounting. Not to mention when they started me on testosterone in between cycles they let go go over a month without out How good is that for your testosterone