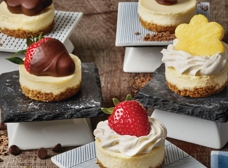 I ordered a holiday arrangement to be delivered to an oral surgeon's office in Newtown. Apparently, the driver had problems finding the location and called the office where someone, (who did not pay for the arrangement), suggested he take it to their Warminster location instead. The doctor was not at the Warminster location and I later learned that a staff member drove the arrangement to a Fort Washington office after work the following day. Unfortunately, the arrangement never made it to the office staff to which it was sent, despite the fact that I received on-line delivery conformation stating that the product was delivered successfully. After I learned that the office never received the delivery, I called the store and was told that a manager would call me back. After six days of waiting, I called the store again when the same person that took my original phone call informed me that there was nothing they could do about it, and that the manager probably didn’t call be back because they have been really busy. I am totally disappointed with the entire experience, and am very angry that no one from Edible Arrangements contacted me to confirm the change of address for the delivery or to try to explain why the people I sent the arrangement to never received the order. There was no apology, no offer to refund charges, and no offer to resend the product to the correct location. I will not use this company again.