The most comfortable car buying around

General Info
The Parker family opened its first car dealership in 1947 in downtown Morehead City, NC and we have been a family owned and operated business since then serving Morehead City, Havelock, Beaufort and the Crystal Coast. When you visit Parker Buick GMC you will experience a world class level of service because we pride ourselves on our honesty, integrity and providing the best value to the customer possible. Our knowledgeable and experienced staff are committed to your satisfaction and strive to exceed our customers' expectations. Parker Buick GMC is your NC Buick, GMC dealer with the inventory and pricing to get you into the car of your dreams today and make it the easiest car buying experience around!
Email
Internet Manger
BBB Rating
A+
BBB Rating and Accreditation information may be delayed up to a week.
Extra Phones 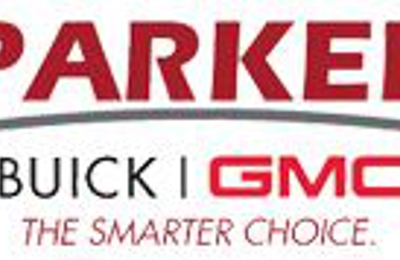 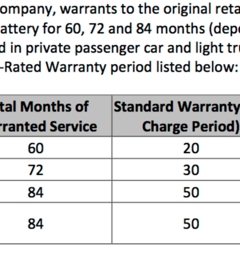 I had my 2012 Traverse towed there because it was making a loud, repetitive clunking noise. 31 hours after they took possession of my car, they called me to tell me my battery was dead, yet, had not opened up the battery compartment and checked it. I had informed them that the battery was a 7 year battery. Without ever looking at the battery, the man argued me. I left my grandfathers side, as he lay in the hospital, to argue with these people.The man was insistent that even though it was clunking, and even though he hadn't looked at the battery, that it was the battery. 2 days later I went to pick it up and paid for the problem, the AC actuator and a brand new battery, because they REFUSED to work on the car without replacing the battery. I had a picture of the battery, which listed the 7 year warranty information on it, When I went in to pay, of course, they charged my debit card some $650 extra "accidentally". They did refund it. I have attached a picture of the warranty info.

My new dodge charger was damaged on the rear quarter panel.The insurance company agreed to pay for a four wheel alignment along with the repair to the quarter panel. I was called by parker saying my car was ready. I asked "have you done the four wheel alignment"? The lady says to me I didn't know it needed one. I told her that it was in the quote. She said oh okay we will have it sent to get the alignment. They kept the car another day. When I went to pick up my car I asked for the print out for my alignment. She didn't have it she said the printer was broken and couldn't print out the algnment but said the wheels were aligned. My car still pulled right, so I am sure the wheels were not aligned. When I called the manager I got the run around and excuses. When I had my car for a couple of weeks and the wax had worn off I noticed the new paint on the quarter panel didn't match the rest of the car and I could also see swirls from excessive buffing. They do awful work there and the manager is awful and has a bad attitude. The lady in the office is condescending and rude. I will never do business with them again.

I took my truck here after a high speed rear end collision to have body repaired, frame checked, etc.. They also were going to fix the carpet on drivers side that was under warranty still, that had a hole in it, after only 5mo's of owning it. In the process, they put the wrong color bumper on, which I let slide, since it was dark grey, not black like it was supposed to be. I thought maybe they couldn't find the exact color, so being it was pretty close in color I let it go. Then while fixing the carpet, they destroyed the interior of my truck while taking things out & putting them back in, w/o taking any precautions not to tear things up! After seeing the damage, I was in tears & very upset, which they acted like it was no big deal(I'm sure if it was their new vehicle, they would have felt differently), then I went through a ton of crap just to get things fixed that they tore up & parts put back on they didn't put back, after putting carpet in, guess they hoped I wouldn't notice, who knows? They fixed most of it, not all like they promised. The day I went to pick it up for the last time, they had left a bag of sugar free/ sour candy in my front seat(real professional!), prob. a jab at me, for them having to fix their mess, which I threw out the window into their parking lot. I should of went inside & threw it at the manager at this point, but by this time, I was so sick of this place & most of the people, that I'd had enough! They never even checked the frame like they said they did, now I go through tires like crazy! The truck prob. should have been totaled! I wouldn't recommend this place to anyone, not to mention their piece of crap SUV I purchased brand new, has had nothing but problems & this was the 2nd vehicle I had purchased from GMC, brand new! Still got crappy service! I will never buy another, that's for sure! Wish I could give 1/2 a star to this business & that would be generous! Looking at other reviews, seems I'm not the only one who has been treated so bad! I don't understand how they are still in business, but like someone else said, not many body shops in this area!

I took my car to their body shop after it was sandwiched between two other cars. Someone referred me to them and said that they were good, unfortunately, I wasn’t impressed. I showed him the damaged areas of my car that happened in the wreck and he kept arguing with me, saying that it wasn’t damaged during the wreck and they won’t fix it. I know what was and what wasn’t damaged. Even the few things that they did fix, they seemed to put as little effort into as possible and basically only half fixed. I specifically asked if they were going to check the alignment, and he said yes. When I picked up my car I asked if they checked the alignment and he said no they didn’t because it didn’t get hit in the wheel, never mind the fact that a car went under mine in the wreck. So he lied and said that they would do things that they didn’t. When I said that isn’t what he told me the other day, he just ignored me and tried to get rid of me. If they put as much effort into doing the repairs as they did trying to get to get out of doing them, it could be a good shop. Unfortunately, there aren’t any good body shops in Morehead City, so they stay in business despite their crappy service.

The sales people are more than "willing" to help you out. But once you have signed the papers, it's over. No more service. After coming back to them with my issues, the sales manager himself (the one who is suppose to be professional at all times, goes by the name Tim) was extremely rude, completely unprofessional. He had to play the "mines is bigger than yours" game, the "I work here, so I'm right" game. I had to remind him that I was coming to him as an unsatisfied customer, and that a simple yes or no answer would have sufficed instead of his BS. The only genuinely caring character there was a salesman by the name of Chuck Knorr. If you do have to go to that awful dealership, I would ask for Chuck and him only!

NO SERVICE AFTER THE SALE. VERY POOR SUPPORT. PURCHASED EXTENDED WARRANTY BUT HAVE NOT BEEN ABLE TO USE IT AS EVERYTHING THAT GOES WRONG WITH THE LEMON THEY SOLD ME IS NOT COVERED. TWO PART OF VEHICLE BROKE AND THEY FIXED IT WITH "GOO" GLUE. YES, GLUE. ENDED UP FIXING IT MYSELF. VERU UNPROFESSIONAL AND UNCARING STAFF. THEY ARE ONLY AFTER YOUR MONEY.

i wouldnt go here at all. I had gotten into a wreak they took it to the body shop they didnt mechanily check it they they were soposed to to make sure it was safe nor did they take it for a test drive i had brake issues. All they did was fix the body work and pretty much told me it was my prob to take it to a different dealer ship cause they didnt work on the kinda car i had. I had horrible customer service and never returned my phone call to check statuas with my vehical. and if i did call the body shop the female i talked to gave me nothing but attuided cause i wouldnt drive it off the lot and pick it up due to the fact it wasnt machinally checked for safty