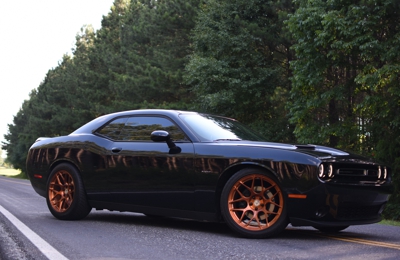 Best car buying experience I've ever had Jeff King and the staff at Carolina Auto Direct made it easy for me to purchase my new car. I would definitely purchase another vehicle from them.

This is the go to place for all your vehicle needs. High end sports cars OMG!!!! Fast service from sales encounter to financing. Low prices and low mileage for excellent cars. Donnie Pack is the go to man. He sent me home in my dream car smiling from ear to ear no doubt, in less than an hour. I had been looking for a Camaro for months and I found it less than 4 miles from my home. They have won my business forever. Thanks to everyone at Carolina Auto Direct in Lincolnton, NC

I will definitely recommend this dealership to anyone!! The faculty is amazing. No haggling, no nonsense. These guys proved to be a buyer's best friend. I love my new car but if i ever need to trade it in I will take my business to them.

Absolutely the smoothest, most pleasant vehicle purchase I have ever experienced. James was extremely prompt in responding to my out-of-state inquiry and follow-up communications. He offered a fair and reasonable price for my trade. I knew what I wanted, found it at Carolina Auto Direct and James made the deal happen. Truly a no haggle, no pressure transaction including the Extended Warranty which I subsequently purchased for my new lifted 2015 Ford F-350 4x4 diesel. It was no more complicated than that. I highly recommend Carolina Auto Direct. Give James a call and buy with confidence!

Drove more than 3 hours to see a car that they had on their website that stated was for sale. When we got there, at first was told it was sold. After the receptionist checked, she said it was not sold but was in their other unattended lot. That we would need to drive to the other lot and look at it, but that all of their salesman were busy and we would have to wait once we came back from looking at the car. Upon locating the lot, the car had a big yellow sticker on it stating "this car is not for sale. Will let know when it is ready to be sold." Their website clearly states that the car was for sale. Also, the car looked as if it hadn't been washed in quite some time. A few scratches were found on the body as well. Overall, a wasted trip. Will not consider doing business with them.

Beware with those guys they try the best to convence you to buy a car from them saying that the car still under warranty and never have a accident. I just purchase a van from them and find out a lot thing I bring the van back and talk to Steve he asked me if I want a work car or a car to hide with my family.. He told me that I expect to much for a work car and I told him that I have paid 18K and I did not know nothing about those problems and i expect to be a very good car I don't care if its for working or not I am paying for it not him. I just find out today another problem with rear axle and guess what? The warranty does not going to cover because somebody have open and mess inside missing pieces and they probably did the work on there shop. They also like to paint on the bottom of the cars for you can not see the bad things using the excuse to say thats to looks nice.

Buyer-beware with these guys, plenty of other places to buy a car. Read on and learn from me. It turned out to be a very expensive lesson.

Purchased a 2001 BMW from these guys, within a month I was bringing it back to them with burning oil issues and cooling issues. Most of the time they said they fixed it, and even did it for free 3 times (probable to make sure there was no record of the issue), charged me 3 other times. I also purchase a full Silver warranty. Sales guy told me "oh it covers almost everything it's a great warranty". During my 8th. month of ownership the engine blew, this just a week after they worked on it for low coolant. The guy filled it back with coolant nothing else. The BMW expert guys told me it's a closed system, and if it was leaking coolant ,then you had a major problem. My daughter was driving it, got about 3 miles from my house, and the heat indicator started moving towards red, she pulled it over, shut it down. Had it towed to Carolina auto direct ,and they told me they were going to send it over to a BMW expert. Come to find out the engine blew, I had to spend 4K for another engine. The warranty didn't cover it because they used and "overheating clause" in the warranty to get out of it. It was actually a bad thermostat that caused the engine to heat up, which caused it to blow. The BMW expert said that the engine had blown before, and the sellacoil bolts had been re-drilled into the engine block, so it was just a matter of time before it would blow. It an aluminum block engine, once it blows 1 time, it should be replaced not reset the engine bolts. So at the end of the day they sold me a car that had a major engine problem, an engine that would not even qualify for a warranty because it wasn't original. The warranty program is a real issue, the front of the contract tells you all the stuff it's going to cover and the back end of the contract tells you all the exceptions that lead to them not covering very much.

At the end of the day this guy buys cars that look great, does a great job of detailing them, he fixes and obvious issues and then put them on the market. I am not the only one who has had a problem with this guy.

Buyers Beware. Bought an expensive vehicle, had it 3 months and engine blew. They sold me a warranty, said it covered everything, but no. $5300 in repairs and all they said was TOO BAD...That's the truth. Go somewhere else.

This is a very professional establishment in how they do business. I was interested in purchasing a very reasonably priced vehicle from out of state and contacted the owner Mike and other emplyee Janet numerous times (believe me a bunch) trying to get as much info as possible on the vehicle, transportation, being picked up from airport, bus depot if i decided to pick up vehicle in person, etc etc. They were very patient and very helpful and accomodating. To the point that i eventually put a deposit on the vehicle after a few weeks of going back and forth on it (did i mention it was a great deal?). Anyways due to work i knew i was not goign to be able to go pick in person for a while and I didn't want to keep them waiting any longer so i regrettably called back to inform them as such and there was no problem, they promptly returned my refund and even faxed me over a copy of the receipt. Believe me i am kicking myself for not being able to get the classic car they had for sale but i have a very good feeling it would have been a smooth transaction if i had, if by chance that same vehicle were still available later on or if they had another i was interested in, i would not think twice about buying from them...i would recommend them, they were a class act.