A Premier Grooming Salon Where We Love Your Pets 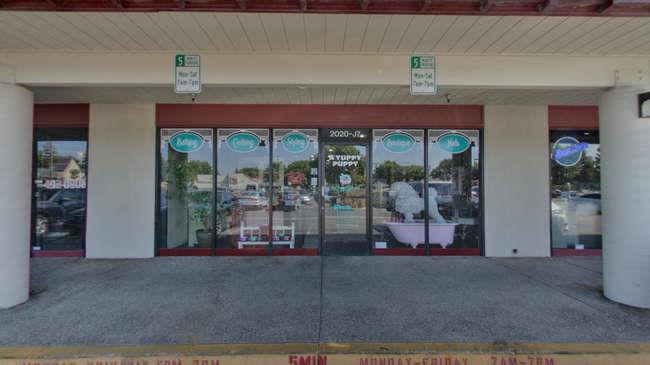 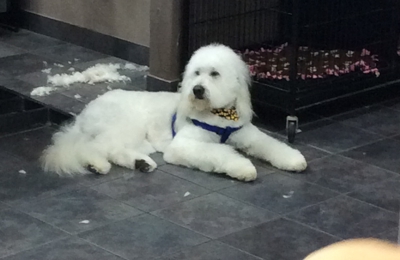 I tookmy poodle ther and all they did was cut all her hair off. When i called the next day she said she had no choice, isaid no bow? She said I forgot. Didnt even cut her nails! I wont be back!

We took our young dog there for a bath and trim. They trimmed one ear ( asked them not to),They butchered his poor lil toes. They are still bleeding 2 days later. I will never go back there. I can't imagine how poorly they treated our lll boy.

I went in just to have my dog bathed and blown out but apparently a nail trim is included whether the dog needs it or not. I keep my girl's toenails filed short so she didn't need them trimmed at all. When I picked my girl up ALL her toenails had been cauterized with whatever white powder they use to to stop the bleeding. Each one was poorly done and completely uneven. I didn't notice until we got home. The NEXT DAY her toes were STILL bleeding. I posted a photo to show the proof. I took the photo back into the shop and the lady who I am assuming is the manager was completely dismissive and condescending as she explained that this was something that isn't uncommon and sometimes "just happens". She then said that all her employees were fully trained and she could retrim my dogs toenails if I wanted her to. Um, hello! They were all cut too short in the first place. I tried to give them the benefit of the doubt in believing that maybe someone who was not normally trained to trim nails did my dogs but the woman I spoke to insisted they were all properly trained. I just don't know how someone who is properly trained isn't able to tell when a dogs nails need to be trimmed and proceeds to make all her toenails bleed. I also don't understand how they can say it is normal for a dog to bleed the next day. I've spoken to multiple vets and groomers in the area and they all agree this is not normal practice and my dog was mistreated at this establishment. Most are appalled that they actually get away with treating their clients this way. I will be taking my business elsewhere and doing what I can to educate the public on the poor service they could possible receive from these "trained" groomers.

I take my dogs there and I love it. They are always really nice to me and my dogs. The place is very clean,really nice and always smells good. They also do a great job on the haircuts!! My dogs always look good and they are happy.

I was very disappointed and upset with their services. I had an appointment in advance (so it wasn't a last minute visit) right before a holiday weekend. I dropped off my pet about 7:15 am and I was told I could pick her up anytime after 3:00. I called around 12:00 to check up on her and I was told that she was doing fine, but that they were running a little behind and she would be ready after 4:30, which I told them that it was fine, I would pick her up around 5:00. I called a few minutes after 5:00 to let them know I was on my way, to my surprise; they still had not done anything to her! I was furious...I was so upset, because this was something that was scheduled in advance and my pet had been sitting probably in a crate for the last 10 hours! I was told that they would start working on her right away and they apologize because they had over booked themselves. I was told that they would take care of her and she would be ready in an hour. I had requested for them to bathe her, give her a scissor cut, brush her teeth and cleaned her ears...yes everything! So, she should have been ready by 6:15 pm, right? So, my husband stopped to pick her up at 6:30 and she wasn't ready! They were barely cutting her hair! To end this ugly experience, they were done with her at almost 7:30! She wasn't bathed and her teeth were not cleaned and he still paid $78 dollars and didn't even receive an apology from them. When he arrived with her she was almost shaved! And I had asked for a median to short hair cut! She was shivering and to top this horrendous experience she had razor burns! I was on the phone immediately and the business was already closed! I left a message for them. I received a return call 4 days later only because I had left a second message. The owner only said that she didn't have control over the groomers, because they only rented a station from her business and were independent! The groomer that worked on my dog was out for a few days, I heard from her almost 2 weeks later! She was rude and didn't have any excuse for her services. I would have preferred to have been told to pick up my dog because they just couldn't work on her that day than have gone through this and especially put my pet through this. I only took her there because I was looking for a new grooming place (we had just moved into town). Regardless if the owner did or didn’t have responsibility over what happen (according to her no, because she didn’t groom our dog), she should have accounted for what happened, because at the end of the day it reflects terribly on her business, even if each groomer is independent. I highly recommend that you reconsider when thinking of taking your pet to A Yuppy Puppy.

Customer service is profrssional and friendly. Wide range of service availble. Have already recommended to friends and family.

i LOVE THE YUPPY PUPPY THEY ARE PROFESSIONAL AND FRENDLY. AND MY DOG COMES HOME HAPPY. MY DOG LOVES BEING THERE.