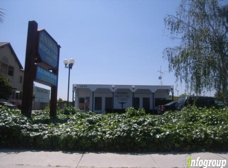 We get very professional advice and excellent customer service each time we take our dog there.Wonderful people.

Reffered to Animal Medical Clinic in Milpitas by the Serria Dobies breeder for ear cropping...We live three hours away and were willing to take the 6 hours of drving Ithere and back) for Dr.Saini's cropping. He does beautiful work as you can see on their great web page! The staff has been great answering all of my questions even though i called like 5 times to ask questions and change around appointments. They were very paitent with me and i have been very happy with my service!

The stars say it. Web Hosting With $1 (WHW1.com) says thanks.

Everyone was nice and friendly. Service has been really good. Thanks so much for your kindness!

I can happily say that Angell Memorial is different. As soon as I walked through the door everyone was friendly. The front desk staff is populated with animal lovers (something that seems obvious, but hadn't been my experience at other veterinarian offices), and everyone from maintenance staff to doctors is kind and wonderful.

I have been coming here 10+ years and have been really satisfied. I love the later hours and appointment availability!!!

I have been coming here for well over 25 years. It is great! You have taken wonderful care of 3 of my dogs and 6 of my cats over the years. You ALL are AWESOME!

Great doctors and prices. I love how I was very quickly accommodated even rushing in before close.

LOVE, LOVE, LOVE this office! I am always greeted with a smile and the care provided to my animals is the best around.

They have so much concern for the patients. I prefer this vet over any other because of their dedication to make sure your pet leaves feeling better. Thank you guys so much for all you have done for my small buddies!

Dr. Tesar is the best! Always very helpful and warm. I love this veterinary because of you doctor. You are great!

Thank you for all of the help that you have given me and my family! You are all so amazing and I wouldn't go anywhere else.

This is the best clinic ! Great doctors and very reasonable prices. They are always accommodating and is an excellent surgeon. I have recommended many people to come here!!

This has been a great clinic and the staff has been most accommodating and kind. We appreciate the location and the care it has provided our cat Parker.

Everyone was very friendly and helpful. Thank you all for everything you have done for us.

Thank you for taking such good care of Lexy when she we had family pictures coming up! She was looking beautyfil and stole the whole show! The pictures looked great and she looked happy, like she is supposed to be. I will keep bringing her here.

I am writing this review in behalf of my 1 yr old cat his name is "Heuro". If it wasn't for Dr Saini and his staff I don't think Heuro would of had his 1st birthday. Heuro as I am told by Dr Saini has a behavioral problem.Dr Saini and the staff at Animal Medical Clinic have helped me greatly on how to deal with his problem and hopefully he will grow out of it.

The most important thing that I that I really like about Dr Saini is that the money is not important but the health of the animals he treats is. I also appreciate that Dr Saini and his staff always call after I bring Heuro in

when he is sick to see how he is doing. Not just one day but until he has fully recovered . What Doctor or staff does that. They do that because they really do care about the animals they treat and their owners. That alone is priceless.

I came in for a rabies shot for my kids dog. I told the front desk that I had pet assure and that I only wanted a rabies shot. I was quoted on the phone for the rabies shot for $12.00. (Which was not their price). The doctor saw my dog and noticed that there was something wrong with his eye. I previously told the receptionist that I would have my kids have the eye checked later and that I did not want it checked that day. The doctor ended up checking it anyway, and prescribed some ointment. Overall, I was not suppose to be charged for the office visit since I had pet assure. Unfortunately the doctor did it anyways, and also charged me for the ointment which I specifically told them I did not want to get it looked at. I spent more than expected, and was shocked on how the doctor just tried to make money off of me. By the way it turned out that I was at the wrong clinic after all, because I printed out a listing from some website and that there were special offers on Tuesday and Thursdays. I showed the doctor and he failed to let me know that I was at the wrong clinic.

I think there was some miscommunication and misunderstanding that happened during your visit.I am pretty sure that you requested an eye exam for your dog in addition to Rabies shot.We only charged you for the eye medication dispensed,not for the exam.I understand your concern and feel sorry for all the miscommunication happened that day.I can assure you that we will serve you better in the future.Thanks.

This listing has been claimed by a business representative.
Helpful(0)Flag
daniel

A friend of mine had told me that they had sought to get an opinion from the Dr. because they had thought their dog had gotten bit by a snake. The Dr. had recommended for them to bring their dog into the Emergency Clinic, to get an anti-venon. It turned out that my friends dog did not need an anti-venon, and was charged hundreds of dollars just for leaving her dog in the Emergency Clinic overnight. Beware of clinics whom diagnose pets with wrong information. She did not overall need to go to the emergency clinic but because a Dr. had informed her to do so, she did.

I totally understand your concern and like to explain the situation.According to the information provided by your friend and presence of small punture wound on one of the feet,we made a tentative diagnosis of snake bite with possible envenonmation.Of course the dog was quite stable at the time of exam but their condition can worsen with time.The condion can be fatal if patient does not get propar treatment.Since it was late in the afternoon and we did have antivenon instock in the clinic,we decided to tranfer the dog to the local emergency clinic.Moreover these patients need continuos care and monitoring for 10-12 hours.Our clinic does not provide 24 hour care.So ,we decided that it will be best for the health of the dog if She stay at emergency clinic overnight.Thanks.

This listing has been claimed by a business representative.
Helpful(0)Flag
joseph16

The Dr. is consistantly late to morning appointments. My appointment was at 10:30 a.m. and he didn't arrive until 10:50 a.m.

This did not just happen once but several times. Although I had even made the appointment with the Dr. himself and confirmed that he would be in at a reasonable time.

I would not recommend any customers to make any early appointments unless they would like to wait 20-30 minutes past their scheduled appointment.

We really appreciate your concern and inconvenience.We have a diffrent work schedule now and you can actually have a appointment with Doctor as early as 9 A.M.Thanks.