One Stop Shop for all your Propane Needs

General Info
Schagrin Gas Company was founded in Middletown in 1932, and we've been providing exceptional heating and cooling services ever since. We have a professional, knowledgeable and fully trained staff, so you can trust in the quality of our work. We're committed to getting the job done quickly and correctly 100% of the time.
BBB Rating
A+
BBB Rating and Accreditation information may be delayed up to a week.
BBB Accredited businesses follow the BBB Code of Business Practices and pay a fee for accreditation review and monitoring. Accreditation is not a BBB endorsement or evaluation of the business’ product quality or competency in performing services.

Services/Products
Public
Brands
Fisher & Paykel, Lennox, bradford white, mendota, regency, rinnai, trane
Payment method
discover, master card, visa, cash
Location
SchagrinGAS Co., family owned and operated since 1932, serves over 19,000 customers with propane and makes us one of the top fifty propane companies in the United States. Our Mission: To help you create a comfortable home with customized comprehensive services and top-of-the-line, money saving equipment. You name it: We do it. From consultation to propane delivery, equipment sales to service calls, thousands of customers make us the largest independent propane company in the area.
Other Links 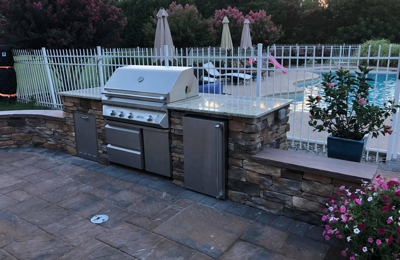 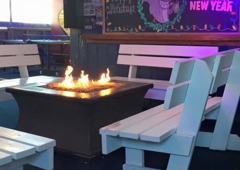 NEGATIVE STAR RATING: Bought a house with a 120 gallon tank on property and decided to keep it with Shagrin. They charged us nearly triple to fill it because we bought such a small amount each fill up. Called other companies in the area and none of them do this to their customers. Called to close account and the woman answering was beyond rude. This is not a good company, hidden fees, rude customer service and price gouging are what they offer. There are better companies in the area to do business with.

I would have liked to give Schagringas NO STARS, but unfortunately one star is the lowest rating allowed. Schagringas is an example of an absolutely TERRIBLE business. They are astute in their advertising with the "family owned" and we care slogans, but they operate like any other big business. Some tactics? 1) Sucking customers in with a great price for the first fill only to steeply increase it for subsequent fills. 2) Making one think one does not have a choice but to sign with them when one buys a home with a Schagrin tank already in the ground (THIS IS NOT TRUE--KNOW YOUR RIGHTS AND HAVE THAT TANK REMOVED--YOU WILL THANK YOURSELF LATER!) 3) Saying that there is real and imminent danger in owning your own tank. 4) Selling the idea that it will take ten plus years to pay off the costs of switching out their tank for one owned by you--COMPLETELY FALSE--You will save so much money with customer owned pricing elsewhere. Don't take my word; call around and see for yourself.

TIP: When you own your own tank you are free to fill it on YOUR schedule (I like August, when prices are lowest). Schagrin’s trademark move is to let the tank go close to empty and time the fill so it coincides with when prices are highest, like a week before Christmas when many families cannot absorb an extra $600-$700 expense. They continually are higher than the competition per gallon, and when I called them on it, they outright denied it even though I had concrete research. They operate like politicians—just keep talking and people will believe your lies. Beware of Ellen S. in the main office; I never met anyone with a voice so sweet who was so very mean. Although she is not family, she appears to run the show, denying that she even has a superior there that I could talk to about my concerns.

Long story short: After many unhappy years with Schagrin, we finally reached our breaking point and pulled their tank out, replacing it with one we own. Should have done it years ago! FYI: Schagrin is the only local propane company that I know of who refuses to sell or swap tanks out for customers who choose to switch companies. Their claim to having loyal customers is hiding the hard truth that much of their client base is more akin to hostages than faithful friends.

In the interest of being fair and respecting the hardworking regular folks, the office staff is always friendly on the phone, but defers any non-routine questions or concerns to Ellen. We have never had a service call, but I have heard the techs are quite nice and helpful. Just remember, while there are nice workers at the competition too, you WILL PAY A PREMIUM if you go with Schagrin.

Unfortunately I can t give them 0 stars. If you have the opportunity to choose your gas company, then don t choose this one. They are awful. I believe that they would not be in business if they didn t have contracts with home builders. They had a contract with our home builder. Therefore, they put in a tank and then own the tank. If you want to have it pulled up and get another company you can t until five years. Even after five years you have to pay them to remove their tank from your ground. Several of my neighbors sued them to have their tanks removed. The women in the office are witches. The delivery drivers are really nice. They have told me before that they don t like the office women either. If you are building a house, then look elsewhere. It may seem cheap to have them put in the tank for you, but believe me they will more than make up for it.