We move the bone, God does the healing!

General Info
Our purpose is to educate and adjust as many families as possible towards optimal health through natural chiropractic care. Today chiropractic is becoming the number one choice is restoring and mantaining optimal health. Chiropractic is simply the best way to get well and stay well for life.
Hours
Regular Hours
Services/Products
Brands
one group
Payment method
all major credit cards, insurance
Neighborhood
Glenvar Heights
Languages
English, Spanish
Other Link 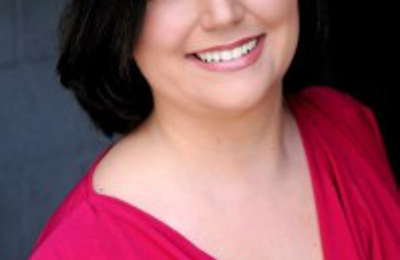 Vivify Chiropractic is top notch! I have been receiving adjustments for years and I have no complaints. The customer service is great, and my back feels so much better! I have seen improvements after two car accidents, and my Fibromyalgia symptoms have lessened. Highly recommended!

Over 4 years ago, my husband couldn't move his right elbow without being in excruciating pain. Then, after a week of being in pain he couldn't move his other elbow as well. We had heard great things from a few people we knew (that would travel more than a half hour weekly) about Vivify so my husband went and within a week he was able to move both arms again. We found out he had scoliosis and a rare neck condition... So he continued treatment.They have helped me through two of my pregnancies! My first pregnancy (prior to chiropractic treatment) I suffered through pubic symphysis diastsis (separation of pubic symphysis) and I just endured it and used a support belt to manage pain. During labor I had so much back pain and though I planned for a home birth after 24 hours of traumatizing back pain I went to the hospital and got an epidural. After birth I suffered with a lot more back pain!!! So, when I found out I was pregnant again I didn't care what sacrifices I had to make I was going to get chiropractic care! It made SUCH a difference! I still had pubic symphysis diastsis and a lot of pelvis pain but every time I got adjusted it was such a relief and it would temporarily take away the pain! I wish I knew my first pregnancy that there was something other than a belt which didn't take the pain away just made it more manageable. It also helped that there was a woman chiropractor to adjust my pubic area which made me feel more comfortable. She also came to my second birth and pressed on certain ligaments during contractions and it made all the differences and helped me birth naturally the second time around! Vivify is owned by a married couple who both come from a family of chiropractors. They are awesome and truly care about their patients! They have gone above and beyond for us so many times and I know I would never get this kind of treatment and care anywhere else! I have come to truly trust them. I recommend my family, friends and everyone I know to go to them.

I've been going to Vivify since my car accident and I cannot do them justice with words...they've followed-up with me throughout our treatment together...they've gone above and beyond to make me feel cared for instead of like an income...if ever I have questions or send them emails they are quick and thoughtful to reply...and my pain is GONE!!!!! After ONE month! I'm impressed...

They ROCK. Plain and simple. Incredibly skilled, kind, and attentive. Since beginning treatment, my back pain has decreased immensely and my mobility is back. I've seen chiropractors before and never met a practice where the doctor treated me EVERY visit. Dr. Coffman has been an incredible help and walked me through every step with patience and a lot of jokes. I appreciate that he took a heavy topic (my back pain resulted from an awful car accident) and broke it down so I felt hopeful and at ease.

Vivify has really changed my life, Dr Joe and Dr Lisa are the best caring chiropractors in town. If you are looking for more than just a 5 minute adjustment but a change of life to a better, healthier you: THIS IS THE PLACE TO GO :)