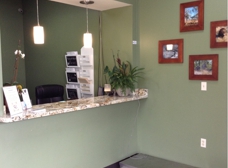 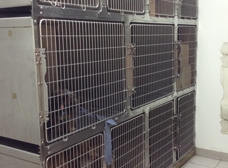 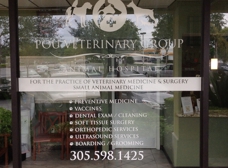 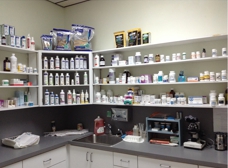 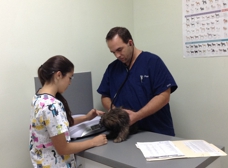 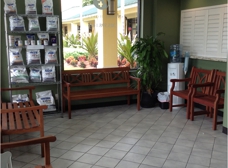 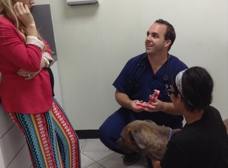 When I visited the next day,before they gave my puppy her last shots, Mr. Pou confronted me and told me about how great he was and how many TV channels he has been broadcasted on and how wrong (and alone) in my opinion I was. He never responded to my price inquiries and continued to downplay me with the "Big-box retailer" excuse. He never offered an apology nor did he attempt to fix the issue.

He offered to give me the name of the heartworm medication required for my puppy so that I may purchase it online but never did give me the information, they also never complied when I requested the name of the dewormer he used when treating my puppy.

Mr. Pou also implied legal action against me for my review, pointing out that the other negative reviews must be from people I know. To top it off, I was given a fat package before I left with articles from Peteducation.com as to point out my alleged ignorance of veterinarian medicine.

Overall, this has been a pretty terrible experience. I will make sure I choose my next pet clinic much more carefully.

I can't stress enough how THANKFUL I am for Pou Veterinary Group. Not only have they saved my baby's life (more than once), they are so happy to help. It's very refreshing to see how passionate Dr. Pou and his staff are about animals. They make sure to take the time with each patient, making you feel like top priority. The staff and techs are awesome. From the moment I walk in, to the time I leave, someone is always asking and making sure that my dog, Lili, and my needs are all met. And they are always so accommodating when I request last minute appointments... Seriously, the best! I wouldn't take my baby anywhere else

I took my baby there because he wasn't feeling well and started having seizures (this wasn't the 1st time he's had them). I went to the 1st place I could find, and they saw me, even with no appointment. Dr. Pou was awesome! He diagnosed immediately that my dog had distemper (when the last 2 vets I've been to never did). He was super thorough and basically saved his life. His staff walked me through every step of what to expect with him in the future, and advised me of what medications he was going to need for now and for long term. They explained everything in super detail and the prices seemed average, if not less than places like Knowles or Sabal Chase. I'm sooo happy I found him (and he's cute ladies - but married :( !! Oh!! And the office doesn't even smell like a vet office! It smells really good, and everything was really clean. Which is a HUGE plus since no one likes to sit there and have to smell animals while they wait their turn. I've definitely found Simon's new vet!

The vet office was surprisingly good/clean and in a convenient location from the highway. I got a groupon deal which included the vet visit, fecal exam, dewormer and vaccines. The staff are friendly and not pushy which you get in some vet offices. I was attended quickly & professionally. The medication prices were a bit high for my budget but you can always ask for the prescription and do research online for a better price. I will go back for future visits. Natalie E.

Horrible pricing. Hidden charges everywhere, they add random overpriced over-the-counter medicines to your bill such as Liqui-tinic 4x and Ecto-SOO3x for an overwhelming price of $45 when you can find the same one online for $10!!! I feel totally ripped off and you should too.

Dr. Pou and his staff are miracle workers!

I was told that my Yorkie, Gaston, should have never lived past his first few months. He had diarrhea that lasted months at a time. He would not eat. I went to other Vet's and spent sooo much and was never able to get help for my pup, until I got to Dr. Pou. He not only helped my dog, but truly gave him a chance at a wonderful life. My Yorkie will turn two next month and is so happy and playful, all thanks to Dr. Pou.

Dr. Pou took in a chihuahua I was fostering that had cherry eye. Not only was it a successful surgery, but he also neutered him & provided him with the vaccines the puppy needed. A good loving home. Clean. Extremely professional. Friendly staff.

Do not bring your pets here, if you love them. It is a place full of hypocrisy and overpriced hatred. Pou has absolutely no love for animals and he does not truly care as he claims he does. All he wants is the credibility and the money. My dog could have lived but because of him, she has passed away. Matters were supposed to be taken much faster and with more care and love, which this hospital most certainly doesn't provide. Therefore, DO NOT bring your pets here.