General Info
* Divorce: dissolves your marriage even if your spouse wishes to remain married. There are 2 ways to proceed in resolving your divorce action. If you & your spouse have resolved all children & property issues your case will be uncontested. If you need a judge to resolve one or more issues including child custody, visitation, child support, property distribution or alimony, then your case is contested & will require filing & service of a divorce complaint on your spouse. * Annulment of your purported marriage differs from a divorce in that it determines that it never occurred, allowing you to state that you were never married. * Paternity: action must be filed to establish a father's paternity of a child born out of wedlock and to determine a mother & father's respective rights & obligations regarding their child including child support, custody & visitation. After a divorce or paternity final judgment is granted, either parent may request a change of custody, visitation, child supp ort or other issues affecting his or her children. Former spouses may increase, decrease or terminate alimony obligations ordered. Relocation, Enforcement, Mediation, Appeals, Alimony, Domestic Violence Injunctions, Post Judgment Modifications, Child Custody, Child Support, Family Law, Family Law Appeals, Supreme Court Certified Family Mediation.
Hours
Regular Hours
Extra Phones 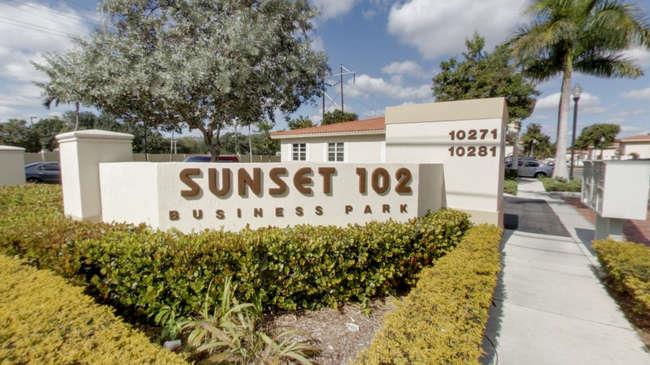 Lisa Baird recently represented me in a high conflict divorce and did a superb job in doing so. The outcome was beyond my expectations. She is a real professional. And if she can do it, she makes every effort to get it done for you, always going above and beyond. I was an extremely satisfied customer and would highly recommend to anyone seeking a divorce attorney.

I was very impressed with the pre-court preparations, the speed, and the communication provided during the entire process. I would recommend Mrs/Ms. Baird to anyone seeking a professional with skills, concerns, and knowledge of there profession.

Lisa Baird and her team helped me enormously not only in handling all the legal requirements for paperwork, but more importantly to set us back on the right path when negotiations were stalling on 1-2 items. Because of her confidence in her knowledge on how other cases are being handled, she was able to clear up any misconceptions the opposing counsel had. Thank you Lisa!

I Highly recommend Lisa Baird Esq. Her firm represented me in 2004. Now in my time of need, I choose Ms. Baird esq. to represent me and my family in 2019. Her Time, Patience and Commitment to Excellence is appreciated.

She was a rockstar. Her and her team are kind and professional. Answered all my questions and put my doubts to rest. My ex wife and I wanted to get a divorce she was demanding not only child support but alimony which I couldn’t afford. So I went looking for a divorce and child support lawyer when we went our separate ways...Lisa was not only fair but a force to be reckon with in court. She answered all my questions in a timely manner and was also divorced in a timely matter as well. If I ever have such an issue again, I will gladly use her service once again and definitely recommend her!! Oh and she works with you on payment plan for her fees which was a great relief to me!!

I found Lisa Baird and her staff helpful during a difficult time. I wanted advice and guidance and I received that throughout the process. She always took time to answer my calls

Submitted review for Lisa Anne Baird
Brilliant, No None-sense
5.0 stars
Posted by anonymous
March 12, 2019
No none-sense, efficient, and handled my case brilliantly. My previously lawyer had things dragging and full of drama. Lisa cut to the chase and suddenly all was settled and the drama was over. I would highly recommend Lisa to take care of your family cases.

This review is from a person who hired this attorney. Hired attorney

Lisa Baird has been the greatest lawyer in family court compared to other lawyers in the Miami area. She is very devoted to her cases and plans every detail with expertise. She has helped me in a very disastrous divorce and also in child parenting plans. Shes very honest and forward with your case and will give you the best advise on how to handle any family court situation. With her dedication and vast knowledge I have recommended her to several of my close friends for proper guidance. Due to her extreme commitment if any future situations arise Lisa Baird is the first lawyer I would seek to handle any case. No situation is too complicated for her to take on and succeed.

Lisa Baird is skilled and experienced in Family Law. Her expertise will help guide you through difficult and emotional times. I would not hesitate to recommend her, and know of several individuals which have shared the same experience.

I hired Ms. Lisa Baird a couple of times and I couldn't have been happier with the final result and the professionalism with which Ms. Baird handled my situation and by the way the price was very reasonable compared with what comparable lawyers charge in that area of practice. I strongly recommend Ms. Baird to any one who has family or divorce situations to deal with

I hired Mrs. Baird for a change of name request. She made the process simple and friendly. Everything went smoothly from start to finish. I would not hesitate to use her services again!

This Lawyer is an expert, My case was very complex and she made it só easy and, always helpful and her team is fantástic they constantly kept me imformed thru the case, I would recomend her to anyone whos getting devorced.

Lisa Baird represented me in a very difficult two year custody battle involving two children and a very complicated case that started out in two states. Opposing party and the initial hearing judge wanted the case moved out of FL, contrary to the law. Lisa was able to stick to her guns and forced the court to uphold the law and keep the case in FL, saving me considerable expenses not having to hire two teams of attorneys in two states. She then systematically picked apart the opposing party’s case line by line, proving their case was nothing but complete falsehoods. She’s very aggressive and an excellent strategist. When she learned all about my case, she devised a specific path for us to pursue and remained focused on it. I couldn’t be more grateful to her and her team for the professionalism and knowledge of family case law they displayed, and in the end we were able to not only win the case, but we got just about everything we initially set out to obtain and she was able to prevent the case from becoming what would have surely been an expensive and lengthy trial. That being said, even the best attorneys do not know your individual case as well as you do without you providing as much detailed information as possible. Even items I thought were irrelevant she was able to show were actually very important for my case. I’ve tried to talk her into branching out into other areas of the law, but she prefers to remain focused as an expert in family case law. I would highly recommend Lisa and her team in a heartbeat. My ex that lost the case against Lisa even recommended Lisa to someone she knew over her own attorney! That says it all.