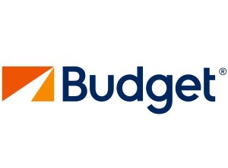 I am writing this review to express my dissatisfaction and warn everyone, after renting a car on vacation in Florida the middle of February.

I rented a vehicle from Budget for the low daily rate and convenience of return at my final destination on Sunday, February 15th, 2009. The person serving me in Key West said that it would be about $70 per day (plus associated fee’s with the rental). I felt that was reasonable considering the drive.

After driving from Key West to South Beach and keeping the car over night, I returned the car at the time listed on the receipt and was shocked to hear the inflated price of my one day rental from the Budget Customer Service Agent.

I brought the car back on Monday, February 16th, 2009 at the time listed on the receipt and I was surprised because it was MUCH higher than the quoted price I had been told for a one day rental in Key West. When I asked Rosa to explain why it was different than the quoted price all she would state to me was, “You signed it sir. You signed it!” She was VERY aggressive and defensive. I repeated that all I wanted was an explanation for the increased price and Rosa said, “I don’t know. You signed the paper.” I assured her it would be paid, BUT I wanted to see the reason for the change in price. After receiving the receipt back, I realized what had happened. The Budget Customer Service Agent in Key West, from some reason, set my return time 2 hours later than the rental the day before, which added about $30 an hour to the final price. I felt this was VERY sneaky, considering he was aware I would be arriving in South Beach that same night with plenty of time to return the car prior to the end of a ONE day rental, let alone two hours after the time of the one day rental.

Above that, the Budget agent in Miami, was cantankerous and uncooperative when I asked her to explain the price of my rental. There were NO other customers to rush through and she was NOT busy with phone calls, but she was extremely unhelpful and above that, just plain rude.

The reply from Budget, after writing them this email, was essentially, "You signed it, you pay it".

I had plenty of options when renting my car in Key West, where I will be frequenting over the next few years, since buying a condo and I will never use Budget to rent another vehicle. The deception, ignorance and disgrace that I experienced with Budget is unacceptable and I felt the need to express my dissatisfaction to your company.