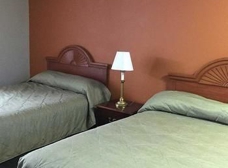 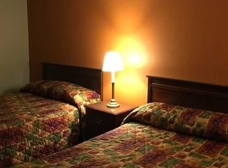 They should not be charging anybody to stay in this ROACH infested place. This place is a dump, the WORST Inn/hotel I have ever stayed, it was late at night when we checked inn so I stayed the one night and told them I could not spend another day in there. I checked out at 7am and checked into another hotel. Thank god they gave me early check in at the Red Roof Inn nearby

this place really sucks...it is roach and bedbug infected.. it is nasty to even stay in the room also the guy who works the desk does not even speak English and is very rude and disrespectful.. the place looks like it is shut down... I would not go there unless u want to sleep with bed bug and have roaches crawl on u

its not that i rated this motel with one star, its that i had to so i can review. my tv in the room had a speaker missing. the bed mattress had stains on it, looked like blood. the room stunk like mildew. i didnt stay just one night, that was enough!

what a dump! my towels werent clean. hardley had any hot water for the shower.

no knobs on the a. c. unit. no remote for t. v.. the room itself looked like a scene from

a horror movie. good thing it was one night stay.

well i couldnt afford a hotel for the night so i got a room at deluxe. i knew i made a bad

mistake when i went to the front desk. i couldnt understand what the clerk was saying.

my room wasnt that clean, it smelled like mold. i think the only people that stay here are

after staying at the Deluxe Inn in Merrillville Indiana for 3 weeks due to business. On Sept 05, 2008 the ceiling started to leak in 2 places by midnight I had atleast 5 leaks, no accomadations were made to fix or move me to another room. Manager came in at 6am when i asked what would be done manager got upset, states office not open until 7am and asked that I come back later. I would not suggest anyone stay in this horrible motel.

yes, this motel is great for drug users. its cheap. i payed for a week, but left after two days. my room smelled like mold. the beds had pee stains. theres no housekeeping.i wouldnt give this motel one star.