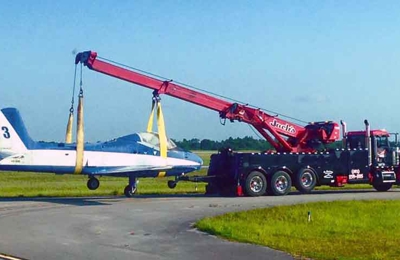 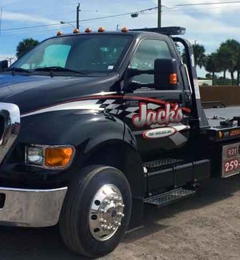 This company is the BEST!!! They are fast, friendly, and reasonable. I recommend any one that is need in for any wrecker service to contact Jacks! Thanks Sean!

NEVER GO THERE. SKETCHY AND UNPROFESSIONAL. I was told QUITE A FEW TIMES that they would lower the price for me and put on my spare tire since i had a flat from a horrific accident that the owner was well aware of. After paying $200 in cash, i was told to wait upfront while they put on my new tire. I did not think that I would have to check to make sure that is what they ACTUALLY did before i left. NO ONE told me that they only put air in the tire and had never put on the spare. I had to find out on my own by having my car become very slanted on the side while I was driving it.The owner told me over the phone that he didnt think he had to tell me that he didnt change my flat tire and that that when he put air in it when he was suppose to be changing it that the air in the tire "seemed fine" or "seemed like it wasnt leaking". WHO DOES THAT???????????????? This man tells me he knows i was just in an accident and will do me this favor and then i end up having to drive a slanted car.

Great people will be there when they say the will. Thank you.trapper james dean

Best towing service I've ever used! Friendly operator, the way they treated my vehicle and the professionalism exhibited will definitely get my repeat business, should I need it.

Awesome man.. excellent service.. will never find anyone better!! He'll be there and get you where you need to be.