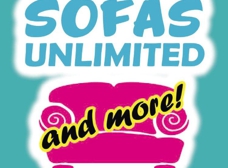 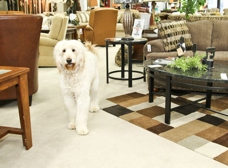 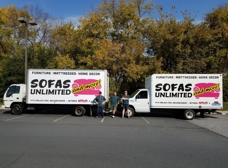 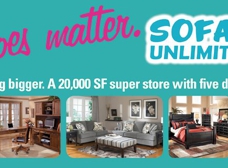 Very friendly staff. Will definitely come back. Both the sales lady and owner were warm and welcoming. Absolutely recommend. Same flexsteel furniture as other places almost 400 dollars less than a store my wife and I were at 15 minutes prior to arriving here.

I ordered a Sofa and two weeks before delivery I have cancelled the sofa. These guys charge 30% restocking fee. The charge is double to what Macys charge for restocking. Unethical!!!!

Great experience working with this store! Super helpful and easy to deal with. I enjoyed my experience shopping here!

Customer service there sucks Jackie is a snob and very rude and mean once they found out I had kids they just kept blaming my kids for there crappy furniture ..... There furniture is poorly made n would never recommend anyone to go there I signed up to do this just in hopes I can save one person the hassle and there money please don't go there it is the worst!!!!!

Today was my second, less than pleasant, visit to this store and it will be my last. The sales lady who talked to us was very unprofessional and rude. We were looking at 2 particular brands based on online reviews- she wanted to know just where we found those reviews and argued they were wrong to the point of discussing it with another staff associate and telling us that she agreed with her. She all but insinuated I was making it up. At one point she said she wanted to show us another set "that we could afford" (

If it were possible to give this place less than a one star review, I would. I had been looking for a sofa for over a year, but found that what I wanted was out of my price range. Driving around town one day, I noticed that Sofas Unlimited was having a "Retirement Sale." I stopped in with my boyfriend just to check things out. We were greeted by an older brunette woman (I apologize, I cannot remember her name) who proceeded to follow us around almost constantly. She seemed annoyed when she found out that we were students in our last year of school. After that, things went downhill quickly. Despite how rude the woman was, we continued our search in the store. We eventually found a sofa that we both liked very much, and we inquired about the price. Because there was a huge sale going on, the price was more than reasonable and well within our budget, so we decided to purchase it on condition that the warranty covered claw marks from cats -- we were told that "all pet damage is covered." When signing some documents, the fine print stated that we had read and agreed to all terms and conditions. We had not received any terms or conditions, and when we asked for the policy to review before signing, we were told those policies were not on hand. Further, after asking several times, each time upsetting the sales woman more and more, we told that we should just trust the store because the family had a good name in the community. So we signed with much trepidation. We ran into the same problem a few minutes later when purchasing the lifetime warranty for the sofa. No terms or conditions, just the word and "good name" of this sketchy company. So we signed our paper work, paid, and our sofa was delivered a few weeks later.

Remember that fantastic warranty that was GUARANTEED to cover ALL PET DAMAGE? Yeah, it doesn't. Within the first week of having the sofa, the cat, as expected, was running from the dog and clawed my brand new leather sectional. The leather sectional that I purchased simply because I was promised that the warranty covered EVERYTHING. So I called the warranty company and found out that they did not in fact cover claw marks. So I called Sofas Unlimited. Eventually I was transferred to who I can only assume was one of the owners who told me to go get my cat de-clawed. When I mentioned what the sales person had said regarding the warranty, the owner knew immediately whom I was speaking of which only leads me to believe that this is not the first time such an incident has occurred. After much discussion, the owner agreed to replace an entire section of the couch because of the clear misrepresentation.

It has been over a month since that conversation and when my boyfriend and I inquired today, we were told that the couch was simply going to be reupholstered. This solution might have been fine had the dog not had an accident on the couch (another thing the warranty was supposed to cover, but alas, they cover "stains not odors") and the solution might have been fine had it not been the second material misrepresentation from this company.

We both knew that we should have walked away as soon as we were told the paperwork wasn't on hand, but we got caught up in finally having a nice sofa that we threw our knowledge out the window. Now we're stuck with this thing for at least another year with no redress because we cannot rely on a single thing we are told by these wonderful business owners.

So as far as the "good name" that's "well known in the community" there's nothing to rely on here. Newsflash Sofas Unlimited, there's a good name here that's well known in the community, and it's more important than yours, so maybe you should be kind to all of your customers, students included. Further, we know at least five people that are in the market for new furniture right now; Sofas Unlimited is the first place we told them to AVOID.

The sales associates were helpful and the delivery service was on time and kind. I would suggest this store to anyone looking for furniture and great service!