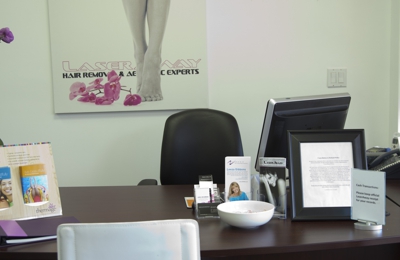 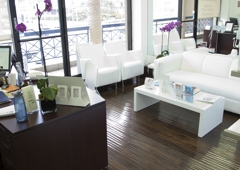 AWESOME place!! Great value and they are really nice. Cheri did my Botox and it was so easy and fast. They are always on time for my appointment and parking is super easy. Cute little boutique feel even though it's in a complex. RECOMMEND!

thanks again guys!
by stephanie741 at Citysearch
I said I was going to write LaserAway a great review and I meant it! I came from Neoskin which went out of business (eventhough I had a package with them with three treatments left). My friend recommended LaserAway and they actually gave me a FREE treatment because they felt bad about my little ordeal. The staff was great and I think the whole thing was a blessing in disguise cuz LaserAway is so much better. I truly reccomend this place.

I have never given a company a bad review until now but boy do they really deserve it.

I purchased a Groupon for this place and thought I would give it a try. I've had such great experiences from all the places I've tried through Groupon I thought this would turn out to be another one of those however from the get to it turned from worrisome to truly awful.

After calling to make my appt, I was called the day after to reschedule bc the person scheduled to perform my treatment had a personal appt. I rescheduled for the same day a few hours later only to be called again the afternoon before the appt to ask if I could reschedule again bc they'd had a cancellation and the technician wanted to go home early... BAD sign. I was told once before I purchased the Groupon and when I made my appt that if I wanted anything more than the standard bikini area done it was an extra $50 for the three treatments. I said fine, that was reasonable.

When I get there, Adam at reception tells me three treatments won't actually get rid of any hair but if I did want to get rid of the hair, before my first session I had to decide to do all six, otherwise I would have to pay the full $999. I tried to be reasonable and ask if I could just do one session first to see if it worked and if I could tolerate the pain before making my decision. He refused to work with me. I decide to try it anyway to see if I want the other three later.

As I have the towel wrapped around my legs and the technician comes in, Adam rudely interrupts to remind her that it's just the standard bikini which only covers hair growing beyond where your underwear would grow. Since I don't have any hair that grows outside of that region, I ask if there any way they can just treat a small area beyond that and they both refuse, all the time while I'm laying back with my legs exposed and a towel wrapped around me. So completely unprofessional!

It turns out it's not $50 they're saying for any area beyond the ""standard bikini"" but $400!!! More than eight times the price plus they don't even care if you're satisfied with the service before trying to sell you more sessions.

Needless to say I walked out and am asking Groupon for a refund. It would be one thing if I hadn't called once but twice and got the same $50 information... this place is such a scam. No doubt they'll be out of business soon.

As a man, good facial services.

I'm a big fan of Laser Away in Marina del Rey ever since NEOSKIN went out of business and had their phone shut off so that I lost all the money I had bought packages with!!! Frustrating!!! Luckilly Laser Away hooked me up with some free treatments. I read online they were honoring laser services from bankrupt companies which I thought was really cool. They are really nice people and my treatments there were better than Neoskin anyway. So good Karma to me for referring them :)

My sister referred me to Lazer Away after she had her hair removal done there. It's a cool thing because they actually guarantee the hair will be gone. Keanu Reeves was there getting his tattoo removed. I showed him mine (which I am never removing :). He was really nice. The whole experience was cool.

I said I was going to write LaserAway a great review and I meant it! I came from Neoskin which went out of business (eventhough I had a package with them with three treatments left). My friend recommended LaserAway and they actually gave me a FREE treatment because they felt bad about my little ordeal. The staff was great and I think the whole thing was a blessing in disguise cuz LaserAway is so much better. I truly reccomend this place.

... if I wanted Botox, I would ask for Botox. But no, I wanted laser tattoo removal... but not after I talked to the nurse (if she was even a nurse) for 15 seconds. They should change the name of this place to ""We R Clueless"". I bet they won't stay open for long.

Hi, I've been to three locations. Woodland hills where the ""staff"" was the only reason I drove from Long Beach to get laser treatment. LOVED IT! Then I tried getting closer and followed the wonderful staff ( Marla) to Santa Monica ..... keeps getting better. They called me and asked if I wanted to try the Marina Del Rey location to help with the drive. Very thought full. So yes my last 2 sessions are @ the Marina Del Rey location. Easy free parking, wonderful location, and yes....... I no longer have any hair. I'm thirty and officially buy razors for my house guest.
Thank you,
O
For any man or woman thinking that the treatments are costly.
You got it all wrong! It's truly priceless, charge it!

I went to their other location and had a pretty terrible experience. I had to call this location to find out information about their other location and the staff was misinformed and rude. All they wanted to do was ""get me in the door"" rather than answer my simple question about pricing. Foolishly gave in, I went there, and again had a terrible experience. The only reason I agreed to get treated is because they gave me a discount since my last treatment was bad. Just skip this place.