General Info
Allegiance Residential Inspections of Texas is a veteran owned business and is your best choice for all your home inspection needs! We take great pride in every inspection that we conduct and our customer service is second to none! Our number one goal is to ensure that our customers have a "Peace of Mind" when they are in the process of buying or selling their home. Allegiance Residential Inspections pride ourselves’ on exceeding our customers' expectations by providing a very thorough inspection and a comprehensive report. We are centrally located in the heart of Texas and currently provide services to the Dallas/Ft. Worth area and all surrounding counties. Allegiance inspectors are highly trained, equipped with the latest technology in residential inspections and among the very best qualified in the State of Texas. Our inspectors are licensed by the Texas Real Estate Commission and carry both General and Errors/Omission (E&O) insurance. Call us today and schedule at 469-371-6765, or visit us at ariotex.com. Please be sure to visit our website or ask about special pricing and our discounts.
Hours
Regular Hours
Services/Products
We provide a complete general inspection of your home or resident and produce a very comprehensive condition report with digitized images. Please visit ariotex.com for more details
Payment method
visa, discover, mastercard, all major credit cards, check, amex, paypal, company card
Amenities
We offer: 10% Discounts for Seniors; 10% Military Discounts: 10% Realtor Referrals; FREE Appliance Recall Check
Other Link 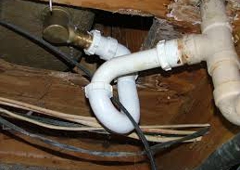 Best service ever. Always professional and kind. Takes his time and is Very precise. I would recommend MR Lewis to everyone.

Great experience with Lewis. He worked diligently to complete the inspection in a timely manner and was very thorough with explaining all the details of what was found, the impact of the item as well as ways to remedy them.

Lewis conducted a home inspection for us. He was able to fit us in without much notice, and was very responsive. As first time home buyers we thought we would have many questions but, Lewis was so thourough in his explanation that we did not need to ask many. He noticed the most minor details and explained them carefully He noticed even the tiniest crack in a shingle! Highly recommend, he made this process so much easier than I anticipated!

Lewis was very responsive prior to the appointment with questions that I had as well as afterwards. After the inspection was completed, he took his time to point out everything to me that he'd discovered and recommended next steps over the next 12 months. I'd highly recommend anyone in need of a home inspection reach out to Allegiance Home Inspections.

Lewis was extremely easy to work with. He was quick to get an appointment scheduled, and the inspection performed. He did an amazing job in going over the inspection report, and helping me understand the findings. Highly recommended, and if the need comes to use him again, we definitely will!

We used Allegiance Residential Inspections for a pre-purchase inspection of a single-story residence. Lewis was incredibly professional and thorough, while also getting the job done expeditiously. He clearly knows what he's doing. After finishing the inspection in just under 3 hours, he patiently walked me through all of his findings, indicating which issues were cosmetic, which ones were deficient only because the code had changed, and which ones were truly safety-related, and why. He made sure I understood everything he found before he left, and made himself available for further clarifications after the report was published later that day. The report was easy to read and actionable. I had a family member with me who has built literally hundreds of houses as a General Contractor, and seen many, many inspectors of all varieties. He was VERY impressed with Lewis' method and how he explained what he had found. I highly recommend Allegiance Residential Inspections.

Really was pleased with the home inspection report, it was so detailed with pictures, notes, measurements, applicable building codes and laws, and additional useful information. I would recommend this company and would definitely choose this company again. Mr. Garrison performed a very professional service.

The turnaround was quick and thorough! He even took the time to meet with me and walk through the report while at the property. I was very impressed with the attention to detail and recommendations provided that assisted with my homebuying process. I will definitely be referring him to anyone that may need his services.

this is the second time I use this service from Allegiance Residential Inspections. Lewis is the inspector who did the work. He is so thoroughly as expected. With this house, it looks perfect as if there would not be any issue. but his findings surprised me. The cost I pay for the inspection is paid back from his findings (way much more). So, my advice is get with inspector and you will never regret for doing that. Get the right person who to a professional work is also important.

Lewis Garrison did my home re-inspection during the closing process. That man IS thorough. If you want thoroughness and confidence on your side, I totally recommend Allegiance Home Inspections. Mr. Garrison will articulate what he finds so you understand the entire process.

We had Lewis do an inspection on a house we had a contract on, Lewis was very thorough and professional, he explained his findings very well and made recommendations to remedy deficiencies that he found. When that contract didn’t work out, we were so happy with his service we hired him again when we found another house that we later purchased. Great guy.

Without Lewis' expertise I would have purchased a house that was a true money pit. The second house he inspected turned out to be a real gem. Thanks Lewis!

Lewis was very professional, knowledgeable, and charge very reasonable rate, he also explained the report with details, returned the report at the same day. I highly recommend them to anyone needs home inspection.

Lewis Garrison is wonderful inspector , he is very knowledgeable .. He explain everything well to first time buyer ..

Will definitely be using Allegiance again for our next inspection! Lewis was very thorough and explained in detail everything that we were concerned about! Thank you

I could not be happier with Lewis doing my inspection. He was very knowledgeable and went above and beyond inspecting. The report he put together was very detailed, clear and easy to understand. Whenever I or anyone else needs an inspection I would recommend Lewis every time.

This is a first class inspector, with great service, expertise and overall wonderful attitude. Inspection was very thorough and expertly done. Would definitely use again and recommend to friends.

Extremely detailed inspection and findings were as impeccable as ever.Inspection don 11/2/17 and The builder made changes to the new home as shown in report.Super excited we choose Lewis and will definitely use him again. What a Good sent talent. Thanks for making our home perfectly complete with your findings.

Lewis is very knowledgeable, thorough and honest! He is also very professional, and takes his time to answer your questions in detail. I would highly recommend his services if you're looking for an in-depth thorough inspection of your property.

Mr. Garrison does a thorough & efficient inspection! His work makes home buying a little less stressful! No worries of the unknown!