"Our goal is to provide service so great, you'll talk about it!" 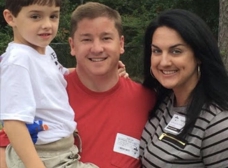 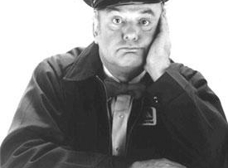 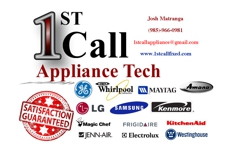 Outstanding professional. Honest, and very efficient. Will be my first call for appliances everytime! 👍👍👍👍👍

When an appliance goes out, it is comforting to know that Josh can be relied on to get there fast and save the day for family to enjoy get together's without a problem. Thanks again Josh!!

Josh was extremely professional and knowleable. He made my appt. for Thurs. but called and came on Tues. afternoon. 1st call will be my first call ant time I need appliance repair in the future. 1st call is first class!

Professional, polite, on time, We have used First Call for years and recommend them to everyone, including family

Very pleased with the professional service I received today for my malfunctioning washer. This was my first time using Josh's repair service, but will not hesitate to call when other appliances need repair.
He was on time and diagnosed the issue very quickly. He also made the major repair on the spot, even though I was the last call of the day. Thanks for getting my washer back up and running.

T Josh was great! I called and he came out the same day. My problem was leaking water and the rubber to the door was all ripped up. He ordered my part and fixed it in no time. He even showed me how to clean the drain and pause to open which I had a problem with. In the drain cup I had money and an open paper clip which probably damaged the rubber. So I will check the pockets ! Good prices,good service, and a nice guy. Returns calls promptly! Thanks Josh will recommend to all.

Josh is always pleasant returns calls promptly and seems to be very knowledgeable. I would recommend him highly. I am very happy with my experience with his service on my refrigerator.

Josh was prompt, friendly and knowledgeable. He looked at my washing machine when I asked him to even though he was there to repair the ice maker. I would highly recommend him!

Josh's service is exemplary!!!! He returned my initial call within 24 hours. I really appreciate that he was able to give me a 2 hour time window of when to expect him, and in fact, showed up within that time window with a 15 minute heads up call that he was on his way...this is very rare indeed! He diagnosed the problem with my dishwasher as needing a new motor, priced it out, and had it ordered with a receipt sent to me via email before he left. Once the motor came in, Josh again arrived as promised and went right to work! He completed the job professionally and was so pleasant all the while! I give 1st Call, Josh, my highest recommendation!!!!!

Josh is very responsive and if he gives a time he will be there. Great to deal with, good prices (for appliances) and I now have a go to repairman for my appliances.

Our 5 yr old Samsung fridge went out the Sunday before Thanksgiving (figures!) Josh returned my call promptly and came out the next day. He spent a good 90 minutes diagnosing everything and trying to figure out the cause of the failure. In the end, he concluded it was the condenser, which meant we'd have to replace the fridge. While I was shopping for a new one the next day, Josh called and asked if he could come over again to check one last thing. He had been pouring over the 144-page Samsung repair guide the night before (!!!!!) and wanted to try something else. Seriously, when has an appliance repair guy called you the next day after he poured over a manual the night before?!!!! Uh, NEVER. So, he came over and suspected it was a computer issues, told me he'd order the $300 part and wouldn't charge me if he was wrong. Seriously! The part worked perfectly and I can't say enough good things about Josh. The worst part was cleaning out my fridge!

Extremely pleased. Called to let us know when he'd be here and arrived when expected. Quickly diagnosed the problem with our oven and fixed it. He even had the part that was needed! Would definitely recommend and use again.

Great technician. Great service. I will keep using this company.

I am so pleased to have found 1st Call Appliance. The call began with Josh arriving right on time. He quickly and correctly diagnosed our problem and fixed it. He was extremely courteous and professional. While I had him there, I threw a few more problems at him and he kindly helped even though I had not previously discussed them with him! His price was extremely fair!!! The service was perfect. I could not be happier.

Josh was amazing! My washer would not drain and I called 1st. call and he called me back in less then a few mins. Also, he was able to fit me in within an hour. This great because I was having a party at my house the next day. He was able to get it fixed very quickly and was very, very nice. I appreciate the great service and will use them again and again!

As you were leaving I told you that I found you because of your reviews and you thanked me and said please give me a review. I had no idea how to work this but my daughter helped me. It was a pleasure! You are very kind and I know that you are a genuinely good person and repair man. I hope that this helps!

Josh came to our home to check our icemaker. GE had been out 3 times,

but we were still having issues. He identified the problem, and offered a

range of solutions with varying prices. He was trustworthy and

straightforward. We opted for the cheaper fix, because we will be getting a

new refrigerator with in a year or so. However, most places would not

one. I will definitely use this company again.

Josh at 1st Call is the person to call for an appliance repair. We called about an issue with our dryer and he came by that very same day. He was professional and reasonably priced. He fixed our problem in less than an hour and was up front about the costs before starting any work. Would highly recommend.

CALLED COMPANY AFTER READING REVIEWS AS WELL. VERY HELPFUL ON THE PHONE, AND FIXES FRONT LOAD WASHERS!! SO FAR SO GOOD. WHEN HE GOT TO MY HOUSE HE DUG IN TO THE MACHINE AND ABOUT 15 MINUTES TOLD ME THE PROBLEM. I HAD DONE SOME HOMEWORK ONLINE AND ASKED A FEW QUESTIONS. ALL OF MY QUESTIONS WERE ANSWERED TO MY LIKING SO I TOLD HIM TO FIX IT. HE DID HAVE TO ORDER A PART BUT HE WAS BACK IN TWO DAYS AND WE ARE EXTREMELY PLEASED. ON TIME, QUICK SERVICE, AND CAME BACK WHEN HE SAID HE WAS. MOST IMPORTANT IS, IT'S FIXED!!