General Info
Midas is one of the world's largest providers of auto repair services, including brakes, oil change, tires, maintenance, steering, and exhaust services. Visit your Manchester Midas for additional services.
BBB Rating
A+
BBB Rating and Accreditation information may be delayed up to a week.
Hours
Regular Hours
Extra Phones 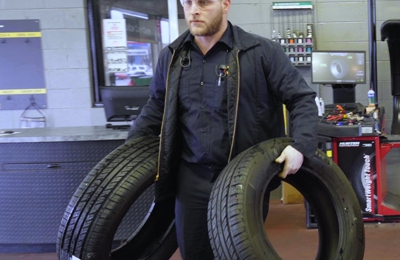 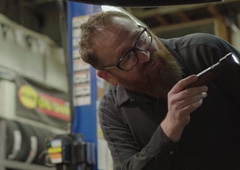 I would like to bring to the attention to Midas that our family is not happy with service that we had done at Midas on 10/23/07. We had paid for a Midas touch maint. pk which states it includes a “Visual courtesy check, includes, battery, brake, air filter, fluids and more.” We also paid for a State of New Hampshire State Inspection. As shown in the state requirement, a brake line inspection is to be done (NOT A VISUAL COURTESY INSPECTION). I am hoping that Midas did not see this problem and acted deliberately in not advising our family of the issue. I believe this was a mistake made by Midas mechanic who did not do his job, or not trained to do his job. The bottom line is that we were NOT advised of the issue at hand and provided fraudulent paper work stating incorrect information.

Yet, ultimately we have not received an apology for Midas’s error. We have not received a refund in full for the bill which we paid. Since Midas, “overlooked during the courtesy check at Midas”, for the damaged brake line they cost our family an additional $385.61, in towing, taxi expenses. Midas did not cause the damaged brake line however Midas is more at fault for the misrepresentation and faithlessness lost in the deceitful behavior on their acts on October 23, 2007. Midas has stated that, “such an omission is not a deliberate act, an attempt to be deceitful, or behave fraudulently”. If you look up the word “DECEITFUL” in the dictionary it states, “Misrepresentation, falseness; deceitfulness, to be mislead, or misrepresentation of truth.” Midas stated that they did a job and that was DECEITFUL because the following day our family had no brakes in our truck due to a damaged brake line that was over looked.

Midas is very lucky that they are not in a lawsuit because of the death of our family or others due to their deceitful behavior. Vehicles are considered deadly weapons in the courts eyes. Our family doesn’t understand how Midas overlooked such an obvious error. Midas also installed 2 lights that were loose and had to be fixed by another mechanic. Midas stated that our family needed work that was not needed to pass inspection. The maint package was deceitful. The State of New Hampshire inspection was deceitful. No one is perfect however not taking responsibility for the mistakes made means Midas will not learn and correct the issues at hand. I have seen and reviewed other customer complaints that have been placed against other Midas locations. Midas does not learn from their mistakes made. Midas is doing work on Vehicles that is DECEITFUL. Midas needs to correct this issue and take responsible for their mechanics inaccurate behavior. Our family’s faithlessness in Midas employees is at the hand of Corporate choosing to correct the problem. This letter sent on January 29, 2008 is showing our family that Corporate Midas has decided to continue deceitful behavior of the Midas employees.