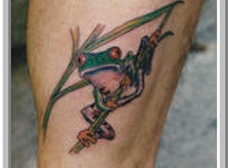 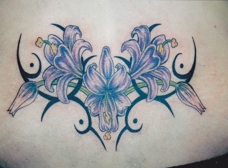 Had to get my tattoo redone at another shop after having it done here. Line work was bad & had no creative style. Basically looks like it was traced from a google image. Also was made aware tonight, due to my tattoo being done heavy handed from Mike, I now have some scar tissue due to this shop.
This was my first tattooso I had no idea of the aftercare process, so after my tattoo was finished I asked about aftercare, and was basically told put this on it tonight and any other questions just look online. Also tried to pay by card, when I was told strictly that cash is preferred. Only had half cash, so the remainder was put on a card. In comparison, the shop I want to to have my tattoo repaired/saved, allowed me to pay by card with no issue, had a consultation with me first, completed my tattoo wonderfully, and then gave me a whole brochure on aftercare. My new artist has redone many of peoples tattoos that were done at Main Line with similar issues.

Don't waste your money here, spend a few more dollars and go to a real professional.

I am not at all a person to write negative reviews, but I don't want someone else to be in the same boat I was, having to pay more to have your tattoo repaired then the actual tattoo. Find a reputable artist.

What a wonderful shop. Mike is very talented, and an amazing artist. I would suggest Main Line Tattoo anytime. They have a huge selection of body Jewelry to choose from.

I really love the atmosphere of the shop. Mike is a wonderful artist, and really cares about his tattoo work. He is talanted on many levels. He has a huge selection of jewelry to choose from for piercing or healed piercings. I highly suggest Main Line Tattoo any day.

Mike is the absolute best...the atmosphere is wonderful, people are great...I;ve had 5 tattoos done there and wouldn't go anywhere else!

you want friendly service, friendly staff, excellent work, check out mainline tattooing for all your body piercing /tattoo work i give them a 10+ for service