24 Hour Towing! Short distance or long haul, we're the ones to call!

General Info
We are your one-stop, on-the-spot auto service headquarters! We offer a complete line of quality auto services. For years we have provided the area with the latest products, and unprecedented service for everything we sell, which has kept our customers coming back. Take a look around, and if you don't find what you need, stop in and see us. We're conveniently located on East Main in Madisonville, Texas. From the latest and greatest in automotive technology, to the services required to keep your vehicle looking good and running great, we can get you out on the road quickly and affordably. Stop by soon and see why so many people consider us their one-stop shop for all their automotive needs! Our friendly and knowledgeable staff, quick and dependable service professionals, and affordable prices all come together to make servicing your vehicle a painless process. Stop by and see us; you'll be glad you did.
BBB Rating
A+
BBB Rating and Accreditation information may be delayed up to a week.
Hours
Regular Hours
Services/Products
Light, Medium & Heavy Duty towing - Flatbed service - Flat tire changes - Battery jumps - Unlock services - Equipment transport - Motorcycle towing - Accident recovery - Winching service
Brands
Bridgestone Tire, Firestone
Payment method
amex, visa, all major credit cards, master card, debit, discover, cash
Other Links 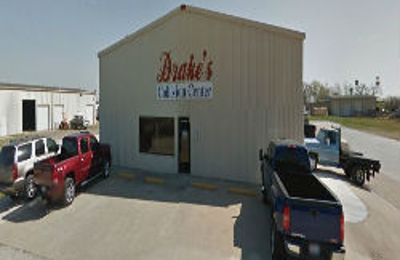 Not sure where to start... I have AAA and called for help with a flat tire. They contracted it out to Drake's. I received a call from Drake's and the woman asked me if I have a spare tire, which I did, and then proceeded to say (with way too much attitude) "Don't you know how to change a tire?"!! I was completely caught off guard. I pay for AAA for a reason, I don't need to be judged! Plus I have a disability that makes it difficult for me. This woman knew nothing about me and was judging me! After the that call I decided to call back and see if there was a supervisor on duty, which she told me there wasn't and I said ok and hung up because I didn't want to have to deal with her any longer. I then received a call back from her asking if I wanted to talk to a supervisor and I said I did and she barked out "well, go ahead!". Which of course confused me since she just said there wasn't one and I wasn't going to make a complaint to the person it was against and not her superior... and then she said she was the owner's daughter. I then explained that I will wait and talk to the owner cause I wanted nothing more to do with her. After that exchange, I even called AAA back and placed a complaint and asked if they could send another company that I'd wait longer if needed. I'm not sure if they were not able to, but Drake's showed up and helped, after going the wrong direction on the highway adding 45 minutes to my wait time even though I gave exact miles from Madisonville on the west side and they went east. The driver was fairly friendly and gave no issues, but the "daughter" was so horrible that even the niceness of the driver doesn't help raise this above one star!!

On a road trip to UT Dallas and Six Flags with my kids from Houston, Texas, the transmission seal was leaking on my 04' Expedition. Since oil was on my back glass, I stopped at McDonalds to check it out. I saw this repair shop down and across the street. So, at 3:45pm I walked in and spoke with the owner or manager. He got my car right in to check the problem. The mechanic spoke with my husband concerning the trans seal. Within an hour, we were back on the road. The shop was clean and had about ten bays with different types of lifts, mostly working on 1/2 ton and larger trucks. The people were friendly. I was not overcharged for the parts and paid one hour labor. I realize towing and storage get bad reviews, but as for their repair facility, I was very pleased.

Do not use these people. They only tow to who they want not to where the customer requests. They must get a kick back. They stole a customer from a road side service that was mine. They also have been known to steal things out of cars in their possession. Bad business. Poison is their name.