Biography
Welcome to Pebble Creek Family Dentistry. We provide a wide range of cosmetic and general dental services. Our practice has proudly served the Madisonville, KY and surrounding areas for decades. We are truly a family practice, treating patients of all ages. The best interest of our patients is the only interest we consider. We understand each individual patient has specific needs and concerns. Please visit our office and allow our team to care for you! Doctors Ronald J. Segebarth, Suzanne Segebarth Spencer and Timothy J. King have trained extensively in the most advanced dental techniques. We can give you the white, straight, beautiful smile you have always wanted. From porcelain veneers to teeth whitening, our practice provides results that look brilliant and natural. We pride ourselves on education and staying up to date with the latest technology and dental materials. We are pleased to have you as a new or returning patient. 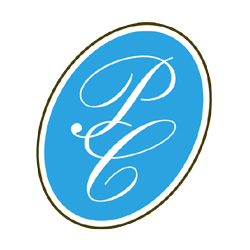 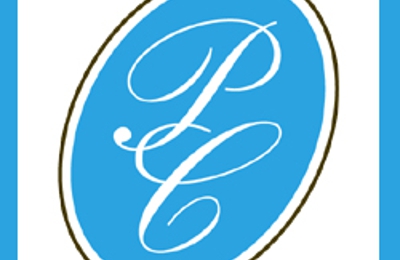 All the staff are great. The girls are so wonderful, they are just fantastic. On a scale of 1-10 I give them a 10! They are sweet and completely competent.

I have been going to Pebble Creek Family Dentistry for several years now. They have consistently provided me with good services.

The environment of Pebble Creek Family Dentistry is always so kept together and clean. It really makes you feel good to walk into a place where you know a lot of effort is put into making it look nice.

Pebble Creek Family Dentistry has such a nice and clean environment. Everyone that works there is really nice, I truly enjoy going to the office.

They really make you feel comfortable here. They know me so well now that they know what they need to get me through the procedure. I recommend them to everyone I know.

You go to the dentist a couple times a year and most of the time people dont look forward to it. I love going to Pebble Creek. They are such great people and are so good at what they do. I highly recommend trying this place out.

I am always extremely comfortable when I am at Pebble Creek Family Dentistry. The caring and friendly staff make me feel at ease and I just someone has even met me at the office during off hrs for an emergency visit.

The staff are so great at making you feel comfortable in the office. They are all really nice and go out of there way to make sure your visit is to you expectations.

The staff and doctors at Pebble Creek are so friendly and really care about you. They are not just good at their job they are good people.

The staff at Pebble Creek Family Dentistry are very nice people. I think the entire practice is great, and in my eyes I don't think they could improve on anything.

I have always been so comfortable during each appointment at Pebble Creek Family Dentistry that I left and came back as a patient.

Very happy coming here. I have always felt comfortable and they do a great job making sure that we can get both of our kids in on the same day which makes it easier for us!

The staff at Pebble creek are very caring and friendly. They always make me feel at home there.

The staff here are so kind. They do a great job helping their patients feel comfortable and at east. Definitely an A+ on chairside manner. I have been coming here for about 20 years, and everything has been really great.

I always feel extremely welcomed and comfortable during my visits at Pebble Creek Family Dentistry. They have such great attitudes, which makes a big difference. An overall great group of people. I'm perfectly happy with their services.

I have been a long time patient of this office. My oldest son had his first dentist appointment in this office 13 years ago. I have referred several patients to this office over the years. I am sad to say that in the past month, service has gone down hill and I will no longer be sending patients to this office. On the very day that I brought in a new patient, the assistants were very rude, hateful, and unprofessional. I let it go as we were just having bad days and our personalities clashed. My other two children had appointments today. I was there ten minutes early to make sure that I had all insurance and payment stuff up-to-date. At fifteen minutes past my appointment time I asked how much longer it would take to be seen. I was informed it would be another ten minutes "or so", because they still had people in the chair that had appointments an hour before. I asked to reschedule for an early morning appointment so I wouldn't have to worry about people being behind schedule. After fifteen more minutes of trying to schedule an appointment, I still end up with a late afternoon appointment. So now I will have to take time again to call up there and try to get an earlier appointment. Apparently appointment keeping skills and listening skills are only a mere suggestion in this office and not a job requirement. So I guess I will have to seriously think about getting a new dentist. It's a shame since my children all love this dentist and are comfortable being seen in this office. And it really is sad that all of this could have been taken care of with a simple dose of common courtesy. And we would all be happy and I would get to continue care with one of the favorite care providers for my house. As I told the individual that I spoke with about the complaint, all I expect is for people to do the job that they are paid to do. And if they can't fulfill these duties, then there are people in the unemployment line that would be ecstatic to have this job.

And now the final straw...I called yesterday to correct the scheduling issue. When I called I was very polite and asked for a better time. Three times I was hung up on even by Dr. S himself. Finally I was transferred to Dr King. I expla...ined the schedule conflict and in 30 seconds he had my appointment rescheduled for a time that worked for all of us. I was happy and my kids were happy. Today, however, I got a certified letter stating that they would no longer be seeing my children due to scheduling conflicts and I could be seen in another office. Just like that with no warning after I thought everything was good. So I will be using this avenue as well as others that are available to me to spread the word about the "awesome" service I got in this establishment. So fair warning out there to all of those people that expect some level of customer service in the office...IT IS TOO MUCH TO ASK OUT OF A CUSTOMER SERVICE INDUSTRY!! I look forward to spreading the word in this small town about the lack of professionalism.