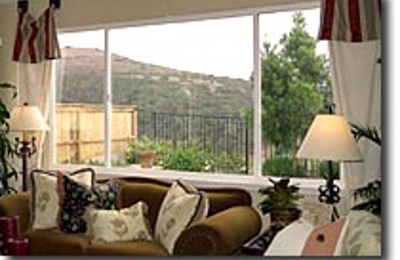 We initially chose CHRC to build our screened in patio because of their stellar reviews, but we have regretted that decision every day since the project was deemed “complete”. While Harold was nice, his crew was completely incompetent and did not deliver the quality we were promised. One wall of our patio was installed so that it was not plumb (ie: crooked) and the screen door does not close. The painted aluminum has so many knicks in it and there are so many holes created by crew mistakes that, for the price that we paid, the patio looks like an untrained DIY-er installed it in a few hours. Since we have a two year labor warranty, we have requested that the crew come back out to fix the damages they made during install. They have been here twice, after us calling and emailing over and over again with constant brushes aside, but our wall and door are still not resolved. It has been over two months, and no one at that company seems to care about helping to resolve their mistakes. For the construction we received, this company is severely over-priced.

EDIT: After we posted this poor review, the company finally contacted us. The original contractor came out again to install a new door. Upon installing the brand new door, he once again installed it incorrectly and once again blamed the door itself rather than his work. The screen door arm was installed in the incorrect location, which prevents the door from catching and closing gently, and the handle was not screwed in as per the directions either, causing the handle to bind up with opening and closing. Also, the door was not the only issue, as we still have multiple holes all over our aluminum patio from mis-installed hardware. A lot of the hardware is also stripped out and will not tighten down. We still have visible scratches all over the aluminum from knife marks that were only painted over rather than sanded and painted. Most importantly, our wall is still not plumb and therefore will continue to warp over time, which will make closing the door harder and harder.

The company owner is blaming all of this on the contractor’s personal issues. If personal issues are affecting performance, it would be responsible of a company to send a different contractor to complete a task rather than having a customer receive poor craftsmanship. We are sympathetic of his situation, but we are customers and not friends. Besides his personal situation, he also blamed his poor performance on bad eye sight after he returned to fix his mistakes the first time. We will not be allowing that contractor back to our home and will not be recommending nor using this company in the future.

Had a covered porch enclosed and made part of the house. Ended up taking over 4 months when it should have taken 6-8 weeks. Communication was very poor except when a payment was due. The workmanship was at best average. (I had to have them back numerous times to work on the drywall and finally ended up doing the last bit ourselves).

Zero stars. Would not recommend. Had Hardie siding put on house. Done wrong the first time. Had to be completely redone and still looks awful. Many sheets have popped loose because they didn't bother to nail into studs nor follow the manufacturer's installation instructions. Poor workmanship. Very unprofessional work.

We couldn't be more satisfied! Champion Remodeling did a fantastic job on our bathroom remodel - highly recommended.

Sorry people, Sorry Work price is out of site. During constraction you will be part timed... Run to some other constraction!!