Email
vicsohar@gmail.com
BBB Rating
A+
BBB Rating and Accreditation information may be delayed up to a week.
BBB Accredited businesses follow the BBB Code of Business Practices and pay a fee for accreditation review and monitoring. Accreditation is not a BBB endorsement or evaluation of the business’ product quality or competency in performing services. 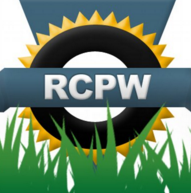 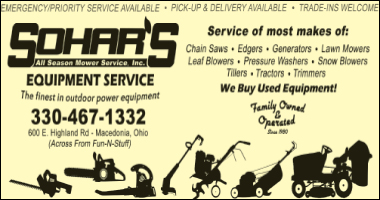 Sohars advertised a used high end pressure washer on Craig List for cheap. I called and was connected to an Andy in the parts department. I understood this was not a high dollar item and he said it was first come, first served so I asked if I could put it on a credit card until I could pick it up the next afternoon. He then told me that due to the scum from Craig's List they do not take credit cards over the phone (nor online), the sale was cash only, no receipt, no sales tax, no warranty. The listing had been on CL for nearly 14 days, but he would hold it for only an hour after I called. When I explained that I was 1.5 hours away, his comment was he hoped no one showed up to purchase it in that last half hour before I could arrive.

Anyway, after I cooled down I decided to make the trip. I called and was connected to Tony, who was excellent. He put a tag with my name on it and held it until I arrived. He was great, I paid him and he even offered to load it for me, which I declined. When I mentioned that Andy was a pr*ck, he smiled and said, "Yeah, we get alot of that!"

I did not expect a receipt or a warranty, and no sales tax was a bonus.

Bottom line: If you choose to deal with this company, be sure to stay clear of Andy, he will piss you off!. Best bet is Tony. Andy must be the boss's son.

Epilogue: As I hoped, the unload valve in the A/R washer pump was stuck and after 20 minutes to clean and lubricate, everything operates like a champ. Retail price is $495+, I lucked out this time.

I paid only $50 for the unit, so feel a bit bad about a poor review, but I was really pissed after Andy. I live in a more rural area where successful businesses keep their Andy-like employees as far away as possible from direct contact with customers.

I bought my Toro Mower and my Echo backpack leaf blowers from Sohars. They had great service, and made sure that everything was ready to use when I came to pick them up.

Have gone to other Mower shops in the area

Do not do business with these people! If you need something fixed that is under warranty, they will make sure they come up with some ridiculous reason on why it will not be covered (like claiming you put BAD GAS in the tank! That is their favorite scam). Workers here are rude, dishonest and crooked. They are very deceitful and will do everything in their power to nickel and dime you on technicalities.

Do NOT do business with them or you will be sorry!!!

I would give them a 0 rating if possible. DO NOT BUY FROM SOHAR S. I called them directly and gave my lawn mower serial number and told them I needed a self propel drive cable. They gave me a part # and I proceded to their online order (since they couldn t perform the same function while I was on the phone?). When I received the part it was incorrect. I called the parts counter, again, told them what I needed and the parts employee stated, yes that was the wrong part . He proceded to give me the correct part #. He also said I would receive an email in the afternoon with instructions on how to return the incorrect part. Well, I went online and ordered the correct part which came 3 days later and is correct. Done deal...yea right. When I went to the email I received it only showed the shipping companies they use...and a 10% restocking fee! So I call and after speaking to 2 different departments I get shipping (POMPOUS SOB!). I am told he thinks he remembers me ordering the part and talking to me 10 or so days ago (has my order pulled up since I gave the order #) and tells me I told them the wrong part and that they are not at fault. The problem with that is I spoke to a parts employee then proceded to order online, never speaking to this SOB. Long story short, I was told I was wrong, they were right and if I wanted to return the part I would have to pay for shipping and the 10% restocking fee. POOR, POOR customer service and will never order or do business again with these folks. I would suggest you find another lawn mower supply store than Sohar's

I had my riding tractor (a John Deere) picked up by Sohar's for an estimate. After waiting TWO WEEKS, I finally called them and asked for the answer. They told me $1300. plus the pickup fee of $150. I told them I thought that was a bit too much. I then called M &amp; M Services in Streetsboro. They picked it up and paid the money to Sohar's It was in pieces. M &amp; M estimated $900. to fix the tractor, so I told them to go ahead and fix it. Now I find out Sohar's did not give them back all the pieces. I called them to ask them if they had the missing part and the technician laughed at me.