General Info
We are the Rinnai Guys! Maintain Your Home's Plumbing PROVIDING PLUMBING SERVICES IN LOVELAND, FORT COLLINS, CO AND BEYOND If you own a home, you want a dependable plumber in your contacts list. Choose the plumbing company residents of Loveland, CO have trusted for almost 100 years. Chambers Plumbing & Heating Inc. can get to the bottom of any plumbing issue and offer you a suitable solution. We also install and replace water heaters and boilers. Make us your go-to plumbing company. Dial 970-667-3050 now to set up a service call. We offer discounts for military members and senior citizens.
Email
Email Business
BBB Rating
A+
BBB Rating and Accreditation information may be delayed up to a week.
BBB Accredited businesses follow the BBB Code of Business Practices and pay a fee for accreditation review and monitoring. Accreditation is not a BBB endorsement or evaluation of the business’ product quality or competency in performing services. 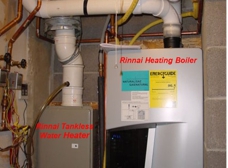 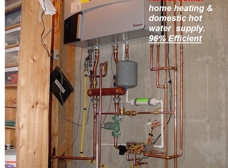 My experience with Chambers was very satisfying, I called Chambers to work on my hot water home heating system that was previously worked on by another contractor that was able to only create a nightmare from Hades heating system.

Both Robert and Glen went way above and beyond to eventually correct the extremely perplexing and frustrating repair job that was not of their doing.

After the initial work that they charged for, they never charged any additional fees for having to be called back several times until they were able to finally figure out what the previous contractor did that caused the fiasco.

During the entire ordeal, they were very pleasant and professional. Very few people I know have the integrity to have gone these extra miles to make a customer happy.

Thank you Robert and Glen for the terrific service and for the job well done.

My roofer hired them to place a chimney cap and new vents on our chimney.
Now when the wind blows the chimney hums loudly and Dave from Chambers told me they have no intention of trying anything to make it right. I was originally told they would bring a lift out to try to rectify the problem but they decided to cancel the lift and do nothing. They were willing to take the money from the job but not try even once to fix a problem. Personally, I wouldn't hire them again no matter what was happening in my house. They don't stand by their work.

Chambers was hired to do a service call on my furnace. They said it was a special and would work however long it took to do the job for 99$ This yearly maintenance is typically an hour to two hour job. The technician showed up and was done in ten minutes. I called to inquire about how the work could have been done in ten minutes and I was told they would talk to the technician and get back. The next day they said they would give a refund. Then a few hours later a different "manager" said he would not give the refund. He said he needed to see the furnace first to make sure his tech did not do the work. He showed up and said there were no cobwebs so he did his job. I asked how a one to two hour job could get done in ten minutes and he said I was a liar. My neighbors are witnesses to the fact that the other tech was in and out in ten minutes and he still claims his tech did the work. So if you want to get robbed and then get called a liar call Chambers!

Two stars only because the plumper was on time, I called chambers plumbing of Loveland to come unclog a drain In Johnstown Colorado. The plumber called me 10 minutes after arriving at Johnstown saying " I have some bad news i could not get the roto rooter in the drain also we are going to need to replace all of the iron drain pipe in the crawl space of your home because its leaking". I say ok why don't you send me over a quote and all consider it. 20 minutes later I received a call the plumber decided to pour a industrial draino down the drain and got the clog unclogged but would still recommend replacing the pipe. I said ok send over the quote. I receive the quote and the bill the next day, the quote being for $1200. The bill being for $205. (Which I paid right away). When I spoke with plumber on the phone to hire them I was told they bill at 100 an hour, I only called knowing it would take less than one hour to unclog a drain. Receiving the receipt, I called another Loveland plumber to my home who got in the crawl space and replaced 3 feet of iron pipe, corrected the fall of the drain pipe, replaced the under cabinet drain, saudered a copper pipe. All in under 2 hours. For a total bill of $200. I then got online and emailed DAV. Saying he ripped me off all I owe him is $116. And he needs to return all my money over $117, or I would post this review here and too the BBB Who replied by mail with. "You boast so openly that you are going to trash us with the BBB and everything online so I cut and pasted your exact email with all of its slanderous threats and blackmail attempt to the BBB. I don't take threats and blackmail attempts lightly" and signed it very proudly. All in I would never recommend using chambers plumbing for anything ever! EVER!