Call the name in the number, DIAL 1 TOM DREXLER 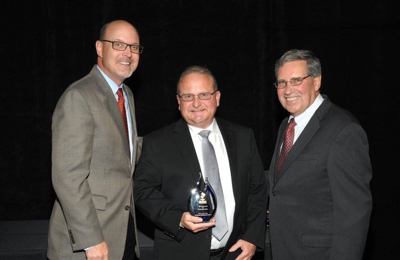 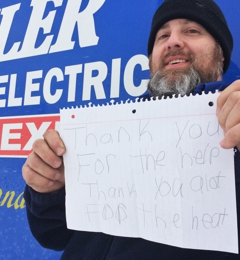 Danny P had great customer relations skills and was very professional.He did a great job repairing a dripping shower.

Mike Hall was on time, very friendly, and very professional. The repair was done quickly, happily it wasn’t a major problem. I would recommend Drexler to anyone in the future.

Taylor was great. They let me know when he was on his way. He gave me all the information I needed. He also gave me several options. Polite and thorough.

taylor and scott were right on time,very professional,did a fantastic job.courteous and respectful.will call again when needed.
thanks
eugene james

Calvin Mcfarland was very professional and did a great job. Service was great. I called dispatch and they asked all the right questions to set appointment. The next day the plumber was ther ready to start.

I called this morning because our water heater was not working. The man in the office was wonderful and said someone would be here today. Gunther came out and took care of our problem. He was very efficient and professional. I will always call Tom Drexler.

The guys were here on time both days and kept me informed along the way. They did a great job and good cleanup after!

Tom Drexler’s team are first-rate technicians, professional and courteous! We HIGHLY recommend them.

I experienced ongoing issues with my cooling system over the exceptionally steamy summer. I was provided same day service each time with very detailed information from my technician, Jacob. They’re prices are very reasonable and I was provided with excellent service. Previously I’d tried two companies who failed to show up so it’s safe to say that Tom Drexler surpassed my expectations. Thanks again Tom Drexler and good job Jacob!

Tom Drexler made it easy to get a next day appointment over the weekend. The technician, Chris, was friendly and quickly able to fix our clogged drain to the sewer.

Shawn B was very professional and helped us with our backed up drain. Gave us advise on preventative maintenance on all of our drains.I would highly recommend him. With any plumbing issue it can get extremely expensive but he helped us save a ton on money.

I had two water valves replaced in an excellent service experience from Josh S of Tom Drexler Plumbing, Air and Electric. I was scheduled for next day service, was called as expected when he was on his way. Once there, after he examined my problems, he provided a free written quote, and began the repair immediately after I accepted the quote. He completed the repair in the time he said it would take. I was fully satisfied with the work that was done.

Had a new furnace and AC installed. The technician that came out was Chris. He was real nice. Installed the furnace, AC and Nest thermostat which Chris showed me how to use. I am really liking the new heating system, and being able to adjust the thermostat from anywhere is so convenient. I highly recommend Tom Drexler.

Technician was prompt and thorough. The purpose of the service call was for routine maintenance and check. He did a great job of explaining what was going on with our heating system. Highly recommend.

Tiffany was very knowledgeable and did a great job and made sure everything was done correctly before she left. We were very pleased with the service provided.

Josh was great. He explained things great to my husband and me. Definitely recommend him. Will be requesting for him for further maintenance we need done.

Tiffany F. was nothing but helpful & friendly! We were having severe & difficult plumbing problems and Tiffany was great at walking us through exactly what she was doing and what needed to be done to get our problem solved! I highly recommend Tom Drexler & their services!!

Had a problem with an exterior faucet. Mike Murphy replaced the faucet and repaired interior pipe. Did a first class job. Will ask for Mike next time I need an expert plumber.

Matt P. did an excellent job of explaining everything to us. If all of your employees are as knowledgeable and friendly like Matt, I will continue to use your company. Thank you for sending us such an outstanding man to help us.