General Info
Your local DISH Network installation solution since 1999
Email
Email Business
BBB Rating
A+
BBB Rating and Accreditation information may be delayed up to a week.
BBB Accredited businesses follow the BBB Code of Business Practices and pay a fee for accreditation review and monitoring. Accreditation is not a BBB endorsement or evaluation of the business’ product quality or competency in performing services. 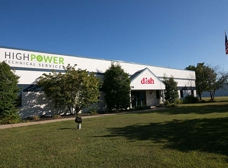 My installation was done improperly. A reinstallation was completed. The original installation caused a leak in my roof which was not detected for several months. My ceiling caved in and after several attempts to contact the proper person at HPTS, I asked for the name of a supervisor or the President of the company. The CSR wouldn't give me the information and then said that the supervisors would not speak with me. I never received contact from Ms. Smith (apparently the only person there who can check on damages; she only works 1/2 days, I am told). It is the middle of December and I still have a leak in my roof where their screws were run through the sheathing and not into the rafters as they should have been and a 6 ft. x 6 ft. hole in my ceiling, not to mention the chest, bookshelf and chair that were hit when the ceiling fell. I can't get the repairs made until Ms. Smith has seen the damage; if she doesn't see the damage she can deny that it happened. The original installer must not have know what he was doing, the man they sent to inspect the original installation passed it, so he must not have known what he was doing either. One CSR hung up on me after telling me to get on the roof of my house and put a tarp over the leaking area. I simply want to speak with someone at HPTS who can answer my questions and check on the problem, not give me 'the run around' and hang up on me and ignore the damage they did to my house. I am a single person, over fifty years of age, work full time and pay my taxes; don't I deserve decent service from a company who was paid for their installation services?