Call the Name in the Number, DIAL 1 TOM DREXLER 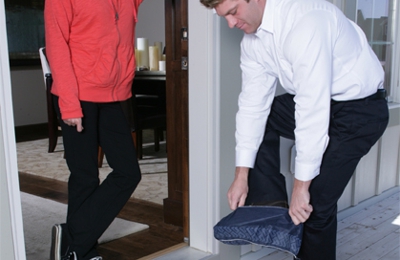 Mark and Frankie were professional, punctial, and knowledgeable. We were very satisfied with our bathroom installation.

I had an excellent service experience from Josh S of Tom Drexler Plumbing. I was scheduled for next day service, was called as expected when he was on his way. Once there, after he inspected my plumbing problem, he provided a free written quote and began the repair immediately. He completed the repair in the time he said it would take. I was fully satisfied with the work that was done.

Timothy N was prompt, professional, and friendly. He answered all of our many questions surrounding our plumbing problems and fixed our bathroom sink in a jiffy. He also saved us some money! We had prayed for a good plumber and He sent us one🙏

“I was very pleased with my experience with Tom Drexler. Whenever I have had them to my home, they have always been courteous and professional. They answered all my questions and did not make me feel I was just "taking up their time". I have already recommended Tom Drexler to others.”

Thank you for taking the time to share with us about your experience, we appreciate your comments! We're glad to hear you've continually had great service from our team.

This listing has been claimed by a business representative.
Helpful(0)ShareFlag
Shannon B.

Tom Drexler is AMAZING! We first used them when we got tired of waiting for our plumber to call and let us know when he could fit us in two days after we called to schedule then calling 2-3 times to reschedule. In a small, older house with one bathroom and two small children, we kind of need reliable people when we need something fixed! One look in the Yellow Pages was all it took! Tom Drexler has done three large jobs for us in the last year with no worries! Our last call was something we thought to be small and turned out to be a little larger than what we thought. Mark L. was great in explaining that to us and getting everything fixed just right. He explained everything and gave us options for repair. He also offered us their yearly service plan, which we took without any hesitation! We look forward to having Tom Drexler take care of not only our plumbing needs but also heating & air and electric as well!

Thank you for the review, we appreciate the feedback! Glad to hear our technicians have taken such great care of you. Thank you for your continued business and support of our company.

This listing has been claimed by a business representative.
Helpful(0)ShareFlag
monserratzeidman

Just a quick note to say thank you SO much for your quick response time, both for my request yesterday and my original request regarding the kitchen sink. Mike was cordial, friendly, and professional during his initial visit, as well as his visit today. I'm very appreciative of his courtesy. I am also grateful for the professional and speedy handling of this whole matter by your company. If you need another testimonial, please let me know!

Not sure what cause me to seek out Tom Drexler Plumbing, but I'm glad I did. Your website was informative and the ability to schedule my appointment online was convenient and fast. Your information calls were appreciated.

I thought you might be interested in my first experience with Tom Drexler plumbing. Chuck arrived at my house at 8am just as I had requested. He was courteous, knowledgeable, professional, and quick. In one hour, he replaced my garbage disposal and fixed my bathroom faucets, which to my embarrassment was something I couldn't figure out how to do in two or three attempts.

Just a short note to thank you and the two gentleman that did the plumbing work in my basement on Tuesday. The two gentleman were very professional and did a great job. No one would have even known I had plumbing work done as they left the basement in better shape actually than it was before. Both men represented your company extremely well and I feel very confident in referring Tom Drexler Plumbing to everyone I know that needs plumbing work.

I am writing in regards to the plumbing problem we had. The following people were very helpful and did a terrific job. First of all Richard always acknowledges my phone calls and is efficient in sending the right person. We dealt with Brian, Jim and I think Jason. All of the people were so willing to please and that means a lot to a customer. I feel that it is important to recognize a company and the people that work there when a job is well done. I would strongly recommend your company to my friends. Thanks again for serving the community in a positive way.

Your company recently did some bathroom work for me and I am writing this letter to let you know that the two gentleman who did the work were very courteous, very thorough, taking the utmost pride in the job they were doing, and were very professional. Having just moved to Lousville from Alexandria, Virginia, and not knowing anything about any of the professional companies here, I just took a chance on your company and it really worked out. Your company would be the first that I would recommend if anyone asked me. Thank you and your employees for being so considerate and professional.

I just wanted to thank you for the work you did on my house, running new gas lines and hooking up my gas logs. I'm sure you are aware of what an asset Jerry is to your operation. He worked practically non stop the minute he got here, I'm no plumber but I can recognize a neat job when I see one. He was very pleasant to have working in the house for two days and seemed very conscientious of what he was doing.

We'd like to thank you for sending us very competent workers to remodel our bathroom. They always answered our questions courteously and knowledgeably. We are very pleased with the work they did and wanted to let you know.

i called, they came. the service tech was on time and professional, he did what was needed in a timely manner. he even suggested that if i needed any thing else, tell him while he was here and he would take care of it,that way i , would not have to pay for another service run. that is service beyond what's expected

I just wanted to take a few minutes and ""Thank You"" for the job done. The quality of your companies work is easy to see and I look forward to having your assistance on my next project.

Technitian was friendly and prompt. Showed up actually earlier than promised. He checked out the problem, offered other alternative services (which I declined with no pressure from him), got the tub drain working in less than 10 minutes. He emphasized the price special and presented me with the bill - all in less than 30 minutes. The drain works fine. Thanks for the service.

I called. They came. Our service man was both profesional and polite. Even offered his serives on antthing else he could do, so i would not to pay for another service run.
that's above what i expected.

The folks at Tom Drexler Plumbing were a pleasure to work with. I had bought a house and the sellers were supposed to get a plumber to look at a particular sink because it was not draining. They did and it did not fix the problem. I had these guys come over to replace the shut off valves in the basement and we got to talking and I happend to mention it. He said he would take a quick look and I kid you not within about 45 seconds the sink was draining like a champ and still works great. Along with the valves they replaced. You know the price up front, no questions asked. Another plus. I would highly recommend them. Fast, professional, fair priced, and do solid work.

I called Tom Drexler Plumbing primarily because of their reputation and secondarily because I had a coupon. A representative came out to replace my kitchen faucet and fix a leak under the sink. I was originally displeased with the sink and informed the company about my displeasure. They called me immediately to determine how the issue might be resolved to my satisfaction, and sent another representative out very quickly to replace that sink. The second plumber was more knowledgeable than the first, although both were courteous and professional. When the hose sprayer got stuck underneath the sink, I called them again and, again, was delighted with their customer service. I highly recommend this plumbing company based on its responsiveness, quality products, and courteous and professional staff!!