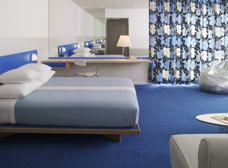 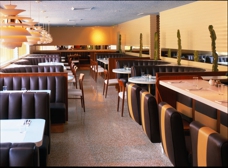 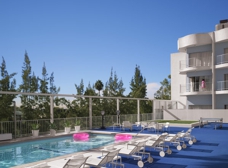 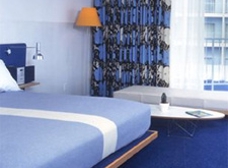 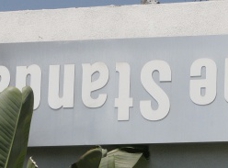 Came here for my first time a few weeks ago. Went straight to the roof top! This place is GREAT! I have never stayed here as a hotel, but I've been here for various parties and what not. Great place!

I loved their service, I'm a 100% satisfied customer. Best Mortgage New York did a excellent job.

This place is cool. I just recently, went to the place, heard of it, but never went. But, the place is cool. Being on top of the rooftop, makes you feel you are on top of the world. Looking over the skyline. I was lucky the night i went it was pretty clear, so we were able to see far away. A few stars, so me and my wife had a real good time. Drinks were a bit pricy, but its LA on a rooftop in winter, every else can say that.

Seriously, the Standard was hot 10 years ago. Yes, the rooftop is inciting but enough is enough. I would much rather go to Shangrila for a smaller intimate rooftop in Santa Monica overlooking the beach or a pool where girls in bikinis might not know you are really looking.

Drinks are fine but way over priced. I think they set the price.

service & food sucks. drinks are over priced, and BARELY have any alcohol in them
The view is nice, but thats not really the reason why many people tend to go there.
Not recommended.

I called 213-892-8080 to get information about promoting a mixer at the Standard Hotel. The person answering the phone transferred me to a non personal, recording before I could get my question out.

In this tough economy, it pays to have a little customer service. I will be going back to my group of 100 to 150 members letting them know that the Standard is OUT!

Just looked old and dingy. looks like they tried to distract you away from the old dinginess with a cheap art deco look (like my bright orange tiled bathroom and a cheap little teardrop beanbag in the corner)... my favorite though was how there was no heat or a/c control, only a ""fan control"" with a knob... hope you dont go in on a chilly night like i did b/c only cold air was a blowin'! wtf? only stayed one night. went to the holiday inn express for half the price and was waaaaaay nicer and cleaner and by hollywood blvd..

This place is very hip, you feel like a super-hero standing on top of the building...

This is one of the most overpriced dumps in all of L.A., if not the worst. It's overpriced and ugly as sin. I mean, who on earth decorated this place? How do they sleep at night?

Just horrible. Absolutely horrible. Someone should put a lid on this sh!thole and be done with it.

I have been here a few times and had a great time. But I do not intend to bring any guests here again. It was embarrassing how curt and surly the door staff were. As if we are doing them a favor to spend our money here. And believe me, guys, this is not just leveled at you. The attractive women are getting the same attitude. That is why there is a line of guys waiting to get in and no women are around. The staff have to learn to treat people with a little class. No way will I be coming back.

I love this place. This is one of the best bars in downtown. Sometimes it is difficult t get in on the weekends.

Worst hotel experience I've ever had. The staff was rude, the ""suite"" I stayed in was an overpriced excuse for a cheap motel room, and the pool/nightclub scene sucked. Daytime manager Kristen was rude and unprofessional and general manager Jordan was even worse. Don't waste your time or money on this dump.

tried to hit-up their 4th of july pool-side bbq that was publicized on citysearch. tried to get in but staff said it was for guests only. wouldn't have minded as much if it wasn't for the staff being uptight and pretentious about it.

My friends and I tried to go to the 4th of July event at the Standard suggested on Citysearch. We found ourselves turned away from the door because it was a private party. If there was a guest list the Citysearch article should have mentioned it. Since the girl did not have a guest list and did not ask us what our names were to see if we were on the list i found this hard to believe.

My friends and I happily left but not without mentioning the Citysearch article, to which the staff replied that they had never heard of the site. Overall, it was an insulting experience and my interest in hanging out at that place has greatly decreased.

My favorite place to hang on a Sunday Night. Its not too busy, cool couches and fireplace, decent music but mostly a great place to spend some time with friends and enjoy the cool LA nightline. I havent had any bad experiences with doormen, but I recommend trying the back door (take the stairs instead of the elevator) to avoid any rush.

What a waste of a view! Music is pop and old at that, the drinks are overpriced, the wait staff is rude and it's full of wannabes trying to look cool. It's bad. Go somewhere else, trust me!

The view is the reason to go here. The drinks are drinks, but pricey. The waitress are good looking, but like to serve some attitude with the drinks. Customers look like they're trying very hard to be cool. Bouncers don't like to let guys in, so I only think about coming really early or on typical dead nights. I don't wait in ""Velvet Rope"" lines anymore. Come to think of it, I haven't been in a while. After you've taken in the view a few times, the rest of it just gets old really quick.

Well I got to this place and stood in the line, I saw the scruffiest looking door guys I have ever witnessed one looked like he was some homeless guy, you get better dressed men on some back street strip club than was here (not that I have been to one ;) ) anyway in this line were groups of girls groups of guys, hotel guests and couples, the doormen all they kept saying was we just want groups of girls dozens of groups of girls over an hour standing there were being sent up stairs, he would also send up couples and occasional a guest of the hotel if he chirped loud enough would be sent up, but no single guys.

Well you do not have to be Einstien to work out couples are fine upstairs but single girls in groups are either A going upstairs to meet guys or B going to simply just look at guys.

So now what these idiots have is loads of girls upstairs and couples and no single guys.

Sure enough less than an hour later the same groups of girls were coming back out the club and walking of I asked one of the girls leaving why and she said its all women and couples up there!

The doormen are a joke at this place the hotel is a joke the doormen are disrespectful and scruffy and have no problem having customers stand there for hours with no intention of letting guys in.

A big group of people leaving the club, my friend said as there is no one here now and a big group is leaving can we go in? The idiot scruffy doormen said wait there maybe in an hour I cannot guarantee we need girls right now. (You need them idiot because they keep leaving what you running up there a white trade auction?)

this standard hotel is okay. I think the one downtown is a lot nicer and the bar area is better because it is on the rooftop.

Alma at The Standard, Hollywood