Claim your business to customize this page and more! 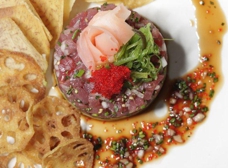 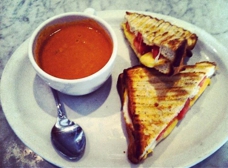 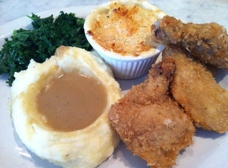 If you want a place to chill and relax and have a good time.

This isnt the place for that.

If you want to be treated like a piece of human feces, this is your place!

My Fiance and i wanted to go out for drinks.
We stopped at Magnolia. We asked if there were any bar seats available, the hostess (whom we found out later was the shift manager) said there were no seats available, but we could sit at a table if we ate something.

We were seated, and moved and seated again by another hostess because of a seating MISTAKE several minutes later.

The waiter who ruined our night is named Nick.

The waiter asked if we wanted dinner, I replied

""We were just planning on getting just drinks and an appetizer.""

He replied smugly with ,""Well....... these tables are usually for people who want to eat dinner."" and walked off after quickly grabbing the menus.

We felt unwelcome and decided to try and pay up front, AFTER I CALLED FOR THE SERVER SAYING ,""Excuse me sir."", when he was TWO FEET AWAY FROM ME AND HE CONTINUED to WALK AWAY.

As we began to walk out, he walked back in to the room we were at,
I asked, ""Can we just pay up front?""

We sat back at the table ready to just leave ASAP.

He dropped off the check.
I said, ""Do you understand that the Hostess seated us here, knowing that we were just going to get Drinks and an appetizer?""

HE SAID SARCASTICALLY ""OH so you think you can just get up and pay at the front?""

He walked off after I told him to go away.

Shortly after that, the 2nd hostess walked in and i waved her over to our table.

She listened and apologized for the MISCOMMUNICATION.
I appreciated the fact I was able to speak with a manager about her
UNREASONABLY RUDE EMPLOYEE.

On the way out, the 2ND hostess apologized as well, stating that it was her fault and that their was a miscommunication.

I cant honestly say I will come back.

I love Magnolia, it always satisfies!

Friendly staff, cool, casual atmosphere and great food done right, simple and delicious! The cocktails are creative and made with fresh ingredients. My favorite is "The Crisp" (tequila, lemon, basil, cucumber and serrano pepper).

Magnolia is the perfect place to have a drink, a casual bite or a romantic dinner date...plus it's a great place to people watch!

One of my favorite Hollywood restaurants and a definite "must try" for all.

I've been to Magnolia a couple of times and it's a great restaurant. There's something about the aesthetic that feels a little more authentic than a lot of LA joints - a bit more NYC than Hollywood.

To go with the vibe, the food is good and the cocktail list is great. It a good place to go with friends but it's well lit so could also be a good date restaurant. (I went with my boyfriend and we liked that there was a bit of a 'party' vibe).

If you're heading out that way, its definitely worth stopping by.

I love Magnolia. I have been here so many times and the food and service are always consistently wonderful.
If any one is looking for a great place for drinks or a fun spot for dinner, this is it.

Want a great restaurant near the Arclight? This is your spot. Great mac andcheese, tuna, salads and burgers. Sophisticated vibe and not too expensive.

Great back patio too!

Magnolia is classic. One of my favorite places in LA. It's a great place to grab dinner, have drinks and socialize. The hummus is a must try. It's also in walking distance to and from the Arclight.

I've been to the downtown location (which is very nice)but last night was my first time at the Sunset location. The staff was extremely nice and attentive considering they were about to close. The ambiance was very relaxing and I would definitly reccomend stopping by for some sweet potato fries!

This is hands down STILL the best place for late night or anytime of day food!! So much has opened in Hollywood and I've tried it all. I am out almost every night and always end up here. Great ambience and food (especially dessert) it's always impressing me and I'm a food snob. Also, great crowd. They JUST opened a another Magnolia downtown, can't wait to check it out!!!

Every time I have been here the food has always been consistently good. Service is great also - great for late night.

I've always like this place, and I still do, but we went for dinner and although the food was pretty darn good, our server was a little on the ""busy"" side. She was really sweet, but she seemed to barely remember us. I get that they can get busy, but it still kills to wait 15 minutes just to pay your bill!

came here for my birthday last month sooooo good tons of young people that night. i was pleased and i was able to chat with my friends without feeling like i was rushed out!

I travel a lot for work and have eaten in some of the best restaurants in the country. Magnolia is always consistantly great and last time the dessert I had there was amazing (Pear Crisp). I will go back next time I'm in LA for sure!

Food & service were great!!! When in the area GO THERE!!! I know we'll be back.You might be able to star watch as well.

I have been there many times before as it is within walking distance of my house, and it has always been pleasant enough. However, a friend and I went there today specifically for the happy hour as we got off of work early - we were told that they do not now nor have they ever had a happy hour. Huh?

I went to Magnolia with some friends for my Birthday a few weeks ago. The only other time I'd been there was about 2 years prior and I remembered it being good. It has enough reviews, so I'll keep this short. Ambiance was great, lots of trendy Hollywood, drinks were well-made, and the hostess and our server were both terrific. The only thing is that I felt we were a bit rushed, not by the server directly, but the entrees came immediately after the apps were finished. and 8 people with drinks, 3 courses only spent 70 minutes sitting down, I was slightly bummed about that. But the food...was just eh. It wasn't bad. Presentation gets a C, plates and bowls are ugly and look like they are from some 80's home kitchen. The steak I ordered wasn't super. Cooked properly, but there was no pizzazz to make me go, Wow. Other guests echoed my sentiments. Vegetable consisted of some tiny 1 piece of green thing which wasn't good. I probably wouldn't go back. For the price, there are much better restaurants in Hollywood.

I have to say that I was a little hesitant to go to a restaurant near Arclight on the weekend a big movie opened. I went with a friend, and yes we were going to see the movie, and we had such a fantastic time. Friday night and the place was packed! We were sat quickly considering how busy it was and started off with some delicious cocktails that our server recommended. I had the special Cosmo with white cranberry juice and apricot and my friend had a pomegranate mojito. Great choices. We had some yummy mac and cheese to share and then I had the Mahi-Mahi special which they told me was going on the menu soon. Good thing 'cause I'll be back for more! My friend had the skirt steak which she said was delicious too (I can't say for sure, I don't eat red meat). Anyways, like I said it was super busy and our server was helpful and nice and the food was fantastic. I'll definitely be back!

I want this place to be good--the location is great, right down from Arclight and the vibe is cool bar/lounge/restaurant. But the food is haphazzrd, poorly executed and downright boring. It's as if you made it at home, buying the cheapest ingredients and putting little effort into the preparation. Our turkey burger was mostly a non-identifiable, yet tasteless, filler. Our chicken sandwich nearly choked my friend with its dry character and limp personality. As for service, we never saw her again after she dropped the food off and disappeared. She wasn't rude, she just could care less about her job, us and making our lunch something more memorable than Mc Donald's down the street. We were also charged for something that was sent back because it had not completed growing. Also, we had to stand up, act as if we we leaving to get her attention to bring us the check. As we left we witnessed one waiter wipe his nose on his hand and another recycle two iced teas back into the pitcher (can you do that?). This magnolia does not smell like a flower.

I took a client here for lunch on the advice of some coworkers, and the food was admittedly very good. However, beware when ordering things on the menu that are listed at ""Market Price!"" When I got the check, I was deep in conversation and didn't really look at the total, but when I got home, I realized how extremely expensive that bill was. I looked at the check, and realized that on a menu full of very reasonable salad prices, my one ""market price"" item (the lobster salad) was charged at more than double the next most expensive item on the list! I started feeling like I got hosed, so I called the restaurant an hour later and asked how much the lobster salad was that day (the same day). Four dollars cheaper! Granted, still expensive either way, but there's no excuse to charge more than that set rate. Be forewarned-the food is delicious, but check how much they plan to make you pay when it's done!

we think the wine had roofies in it........very weird stuff happened after drinking wine at this establishment

Magnolia is a great spot to take a date! Food is very good and yet reasonably priced. Fine drink selections as well. My girlfriend had an amazing chocolate martini with a new vodka called Alchemia. Definitely worth hitting up if you're in Hollywood