General Info
Welcome to Los Feliz Hotel Nestled in the beautiful village of Atwater is a charming New England style hotel with 11 rooms that has been family owned since 1988. We are centrally located just outside of Glendale off Interstate 5, 134 & 2 fwys, minutes from downtown & Hollywood attractions. The area has seen a lot of development over the years with the arrival of new businesses such as the Costco/Best Buy shopping center which occupies the sight of the historic Franciscan Pottery factory. Fortunately, we're still here to welcome you with our nostalgic flashing neon sign, reminiscent of the 50's. Of course, we do offer amenities to cater the needs of today's traveler. All our rooms come standard with refrigerator, microwave, HBO/cable TV, a VCR with free movie rentals, free local calls & free wireless internet access. We have 8 spaces of free parking available, limited to one per room, first come first serve. Additional parking also available on Edenhurst & Los Feliz Blvd. but check for limitations or street sweeping. Our regular single rooms feature one queen size bed & doubles have two full size beds. We also have three non-smoking "upscale" rooms, decorated like home with higher quality linens, silk plants, two of which with recliners. These rooms are upstairs with one queen bed only & carry a slightly higher rate. All rooms come with showers, no tubs. We also offer extra amenities based on request & availability at no extra charge.
Brands
Hbo
Payment method
master card, visa, amex, all major credit cards, discover
Neighborhoods
Atwater Village, East LA, North Atwater
Categories
Hotels, Lodging, Motels
Other Information 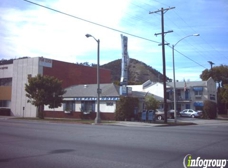 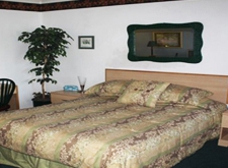 We used to go alot there! at least twice a month, service was really good, everything clean and new bedsheets ! Tv with cable
really close to griffting park, and freeway
i love this place and the price is awesome

This small, cute white motel with blue shuttered windows is in a great location right off of I-5 near the eastern entrance to Griffith Park. It is very close to downtown Los Feliz, an eclectic neighborhood known to locals as the starter neighborhood for new TV and film stars. It's just a short drive from the sights of downtown Hollywood as well.

My husband and I stayed in one of the 12 rooms in early December, 2007, and paid $70 per night ($90 with taxes). This seemed a little steep for the motel quality but a quick comparison with other ""mom and pop"" motels in the area revealed it was the norm for a double room. All the rooms come with queen size beds, microwaves, and refrigerators. Our room was clean and attractively decorated. There is no tub but the shower stall is roomy and comfortable. Our room appeared to have been painted (white) within the last year and the sheets were relatively new as well. The room had an a/c-heating unit along the wall but we did not need it; in fact it was so warm we left the window by the bed open for most of the night. There is some street noise, as the motel is located on busy Los Feliz Blvd., but it was minimal when we were there.

The office is closed from 8 p.m. until 8 a.m. and there is no continental breakfast offered. However, the motel is within walking distance from a shopping center that offers restaurant choices, and there is a gas station and convenience store right across the street. The manager of the hotel took my credit card number and left my key in the room so we could arrive after 8 p.m. He seemed very helpful and friendly on the phone.

Overall, I was pleased with the motel, although I would have liked to have a bathtub and breakfast for the price we paid. Still, it was a good value for the area, and I would definitely stay there again. You won't be wasting your money with this one.

Worst place in the world don't stay here, restrooms are dirty with other peoples hair on the floor, Nasty, Best Western on Colorado is much better.