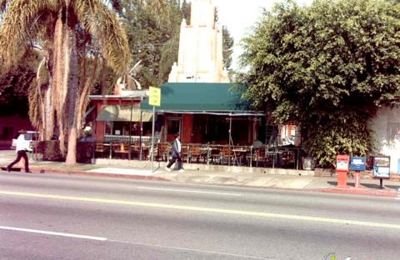 General Info
Argentina is known for its delicious beef and amazing wine. Here at LALA'S, we specialize in brining you a part of that tradition at an affordable price. Whether you're a vegetarian or a meat lover, you'll find something in our menu to accommodate your needs.
Hours
Regular Hours
Extra Phones

I have been all over the world, sampling some of the finest culinary creations ever made and I cant believe how utterly crappy Lala's Argentine Grill is. The bread was stale, the service, slow and mediocre. The wait staff is lazy and the managers are too busy flirting to give a chit. I ordered the prized ""Lomo"". (dry and tasteless -it tasted like freezer burn) I think the Sirloin burger at Jack in the box would have been better, shheeesh !

Overcooked but the soup? Almost everything we ordered arrived overcooked, mushy and tasteless with the exception of the soup. The soup (Vegetable Soup) was cold in the middle as if they microwaved it. The pasta (angel hair) was overdone and the plano (flat iron) steak was tough, chewy and salty. Did someone chew my steak and regurgitate it back on the plate ? Yikes, never again!

Hey There ! I was really looking forward to eating here. Its been several years. My boyfriend took me there a few days ago. I ordered the Ensalada con Salmon and he the Cabello de Angel. After waiting for what seemed too long, my salmon was overcooked and spongy and the angel hair was very mushy and overcooked as well. Its as if they grilled a stale piece of frozen fish and kept cooking and cooking. The pasta was way too soggy. Was the bus-boy cooking that night? TERRIBLE!

Heard good things about this place and their steaks. I tried the Lomo (filet mignon). Probably the most expensive thing on the menu. Tasted OK but texture was overdon, chewy and rubbery. Not sure how an Argentine parilla can mess this one up????? I asked for medium rare and they didnt even offer to redo it. Back to Gaucho Grill for me !

Lala’s on Melrose last weekend. I dip my fork into the chimichurri to spread on my bread and out comes half a frikken roach mixed in with whatever’s in that stuff (which normally tastes pretty good). My girl goes ballistic. The server shrugs her shoulder and the manager’s nowhere to be found. What’s happened to this place?

I cant believe it. I was at LALAs argentine grill with some friends for lunch the other day and there was a hair in my salad. I almost barfed. The waitress was rude and the manager was even worse. Not going back !

Too bad there isn't much reference about what Argentinean Food should be like - in the L.A. Metro area.
Milanesa sandwich with cold -french wannabe bread?
Let that alone...employees moving chairs around in an attempt to send in the message 'we're closing -get out of here- and making lot of noise..a waitress who didn't bother asking 'how's everything' when it came to paying the bill and .
QUILMES...the only good thing enjoyed here.
I wish I had a better impression.

Used to order weekly but decided not to visit there anymore after many inaccurate orders. Brought it to the attention of the manager and they did very little to make things right. I would recommend Carilots Gardel just west of Fairfax or Cuidad in downtown.

Lala's is one of my favorite restaurants in LA. Despite being located in the trendy heart of Melrose, Lala's never comes off as being pretentious or snooty. I've had pretty good luck walking right up on a Friday or Saturday night and getting a table relatively quickly. I also adore its patio, which has an outdoor atmosphere, yet has the warmth of a cozy indoor dining room.

Two words - Milanesa Napolitana. This is what I order for my entree every time. It's sort of like a cross between chicken fried steak and chicken parmesan, with a little Argentinian kick of flavor. Yum! I also sometimes order the Provoleta for an appetizer, which is just melted cheese, but it's oh so good. The bread with their oil and herbs is also amazing (I don't even know what they call it, but it's potent and addicting).

I knocked off a star only because I went there once for my birthday and they stuck us indoors in the corner, but other than that one experience, Lala's has been great. Make sure you order some sangria.

I love lala's but unfortunately I've only had the salmon and steak with mash/rice and salad. I would recommend this for anyone.

They have the best olive oil/cilantro bread dip here! And the food was amazing...the chicken and salmon salads were very tasty! And the portions were huge for such a great price!

For some reason, the drinks are great here! I always go for happy hour and love it! It's not too crowded...just relaxation.

All the chicken plates are good! My favorite is the skinless chicken plate they have...i forget the name but when u see the menu...your know!

I have been coming here for about 10 yrs.Love the food ,the service,the patio,the sangria.My favorite meal is not on the menu ,It was once listed as a special,and I have been ordering it ever since ................... The chicken Napolitana Suprema with mashed potatoes.I can only go here once a month.The portions are huge and I would be in grave danger of getting fat. Fantastic salmon dijon also.

Went to LALA's last Thursday with a few friends and had the best time. Service was great and the pesto dip with bread was excellent. Try any garlic chicken dish and you'll be happy. Salds like the Melrose is also a good bet.

I love to go to LaLa's. The food is cheap and delish, the service damn decent, and the ambience is perfect for either a date or a GNO (girls night out). The twinkling white Christmas lights intertwined with foliage on the patio lend a romantic mood to an otherwise bland patio. I highly recommend trying the skirt steak, the chorizo sandwich, and the flaky empanadas. Treat yourselves to the homemade Sangria as it absolutely delicious and a perfect complement to the hot Latin flavors. Another nice perk is the quite handsome Latin waiters who love to flirt, though subtly and never rudely. They won't be inappropriate with your wife or girlfriend, but a group of single girls can expect a little extra attention from the male servers. The only downside is the notoriously scant Melrose parking but Lala's fortunately offers a valet service and for L.A., the cost really isn't bad. Oh and some goers might not like that unlike most of L.A., the owners allow smoking on the patio, which forces many non-smokers to sit inside and miss the quiet ambience of the patio. For this reason, I give Lala's 4 stars - five if they ever decide to make the whole restaurant a smoke-free environment.

We celebrated our friend John's birthday there and we loved it. The atmosphere was great and the food was awesome. The best part was the server that took care of us. He was hot! ; ) Yum! No seriously it was a really great experience, since for some of us , it was the first time there. I strongly recommend the homemade Sangria and the skirt steak. Simply delicious. Only drawback was the patio. It sometimes gets too cluttered with smoke, since it is fully covered.
I still strongly recommend it.

I used to love coming to Lala's because the food is pretty good and reasonable. One of my favorite things about this place is their dipping sauce for the bread with the bits of garlic in it...YUM. However, the last time I went I saw the man making the sauce dip his finger in it, lick it and then dipped it back in the sauce to try it again! Yuck! Have you ever heard of a spoon? Cmon!

You can get a steak for under 20.00! Mouth watering and delish! Take a date, have some sangria and enjoy a tab of less than 35.00! In L.A.??? I don't think so! Anyone who thinks the food here is awful never trust them with anything! The service is cool, the people are nice the chimchirri sauce is awesome and the beef...oh so tasty! Reservations not needed or accepted unless you have a large party and they will get you seated pretty fast for a popular spot. 5+stars for this place. Definitely good for that movie and dinner type date. Salud!

If you're craving some Latin American food in Los Angeles, then you've come to the right place! Lala's Argentine Grill is known for being an outstanding Latin American restaurant. They offer multiple other cuisines including Caterers, Steakhouse, and Latin American.

In comparison to other Latin American restaurants, Lala's Argentine Grill is reasonably priced.

As an Latin American restaurant, Lala's Argentine Grill offers many common menu items you can find at other Latin American restaurants, as well as some unique surprises. Here in Los Angeles, Lala's Argentine Grill offers Pastas, Sandwiches, Salad, Starters, and Desserts and more. When it comes to some of the best menu items available, you can choose from:

If you would like to investigate further on pricing around all menu items, YP.com has provided you with the complete Los Angeles Lala's Argentine Grill menu.

There are other nearby neighborhoods that Lala's Argentine Grill in 90046 serves beside Los Angeles, and they include places like Central LA, Vernon, and Hilltop. If you want to see a complete list of all Latin American restaurants in Los Angeles, we have you covered!

Looking for other top Latin American restaurants in Los Angeles? More popular places to try are Red O Restaurant, Pollo Campero, or Pata Salada. If you don't mind traveling a bit, we can also recommend more great places to eat Latin American food in nearby cities. Just give Sizzler in Downey, American Steakhouse Grill in Alhambra or EST. Prime Steak House in San Gabriel a try. Make sure to come back and leave a review at YP.com about what you liked and any recommendations for other users in our community!

Don't forget to tell your friends how your experience went at Lala's Argentine Grill in Los Angeles by leaving a review here at YP.com!