Do You Have a Back Tax Problem? Let Us RESOLVE It!

General Info
** Stop Collections ** Help with Tax Liens-Levies ** Debt & IRS Tax Relief ** Tax Negotiations-Settlements ** GET HELP NOW - FREE CONSULTATION. Full service tax firm. Affordable fees for any budget. In most cases we settle for a fraction of the amount owed. We solve IRS and State tax liability problems. We are a nationwide firm with 25 years experience. We represent those with tax problems. Professional tax consultation and negotiations. You are not alone. We help with : Tax Law - Tax Negotiation - Back taxes - Tax attorney - Audit Representation . AFFORDABLE ATTORNEY RETAINERS - In most cases we settle for a fraction of the amount owed. Offer in compromise. Tax relief. Tax law. Wage garnishment. Tax lien Tax levy. Tax settlement. 940 , 941 , Payroll taxes. Back taxes
Email
Email Tax Specialist
Business History
We have over 32 years of experience dealing with the IRS and State Tax Boards. Our team of tax professionals provide services that include stopping wage garnishment and bank levies, lifting tax liens, ending penalties and interest, negotiating fair payments on your behalf, settling tax debt, offer in compromise and more. If you’re experiencing the negative impact of a sticky tax situation, let us help. We have the knowledge and skill to help you through it.
BBB Rating
A+
BBB Rating and Accreditation information may be delayed up to a week.
BBB Accredited businesses follow the BBB Code of Business Practices and pay a fee for accreditation review and monitoring. Accreditation is not a BBB endorsement or evaluation of the business’ product quality or competency in performing services. 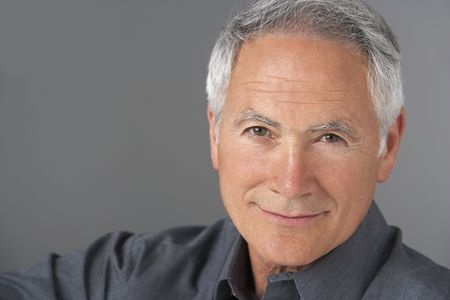 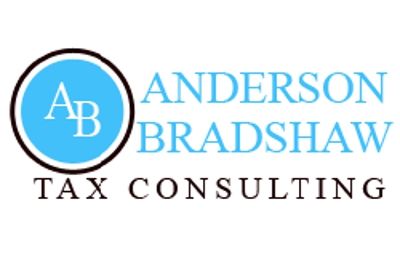 Used these guys to help me with my offer in compromise. They filed tax returns and reduced my back tax debt. I am now in great shape and saved thousands.

First I would like to say that I am completely at fault for falling so far in my back-taxes. I was w-2 then 11 years ago switched to 1099. Needless to say, I couldnt afford my taxes due. I waited and waited but was never able to catch up. One day I was hit with a bank levy and wage garnishment. I called Anderson Bradshaw Conusltants because enough was enough. They stopped the garnishment within two days. It took longer(of course) to completely fix my tax mess, but they did. Completely honest and worth it. definite recommend!!

I am a truck driver and have been for 25 years. For the past 10 years I went without filing my taxes. I have back taxes, a levy, A bank Levy, And my wages were about to be garnished. I called Anderson Bradshaw consultants and within seven hours they stopped my bank levy. And released my wage garnishment. I am on the road to being settled with the IRS and state taxes. Also, I can go back to work without any worry.

I didn't get what I thought I would get when I paid for my daughter's tax case to be handled by this group. She ended up paying as much as she would if we had just done it ourselves. I should have just kept the $3000 I spent with them. Didn't meet expectations they set up front. Not a good experience.

I was a bit nervous at first trusting a company I found online to help me with taxes, but John immediately put me at ease. I owed over $75,000 to the IRS and had a number of missing tax returns and the IRS had already put a wage garnishment on my pay and had just hit my bank account for a sizable chunk of change. Within 24 hours of signing up John put me in touch with an ABC Attorney who got me my money back from the IRS and stopped the wage garnishment. I was kept informed throughout the process and every step was explained to me to make sure I knew what was happening. At the end, I only ended up having to pay the IRS $2,500. I cannot recommend Anderson Bradshaw enough.

Audit didn't turn out in my favor, but we reached an amicable solution. Had some challenges along the way, but they've been worked out to my satisfaction.


I decided to get married so I had to file but didn't have any w-2's or payroll tax information or deductions. Anderson Bradshaw took care of all of that for me. Now I am all caught up on my taxes and it feels great. I didn't even have to do a thing.

I came to Anderson Bradshaw with a $36,000 tax liability. After speaking with Mr. King, he put me in good hands with Josh Kronick. He immediately protected me from IRS Collection action, informed me every step of the way for what to expect from the process, and ultimately delivered me an Offer-in-Compromise that settled my tax burden for $500. I cannot recommend this firm enough. They gave me a fresh lease on life. Thank you!

When we received a letter from the IRS saying my daughter owed them over $18,000 for income in 2013, we nearly had heart attacks! Her U.S. income in that year was only around $5,000, because that was the year she started teaching in Asia. Calls to the IRS gleaned only a little information, but it appeared that an ex of hers had accessed her PayPal account, sold his products online, but not forwarded the information to her nor did he tell her about it. I found Anderson Bradshaw online, contacted them, and after working with Josh and Ted for a short period, they managed to get it all cleared up and proper paperwork filed to clear her of all liabilities. We could not have done it without their help, and I will be eternally appreciative.

I am a United States Navy Veteran, who recently found himself in hot water with IRS . They wanted all these old returns and W-2' s that I haven't seen in years . I called around for help but the tax preparers could only go back 2 years. The other tax firms wouldn't return my call. It was only when I contacted Anderson Bradshaw and spoke to Ted England that I was finally able to get the help that I needed. I am not some rich guy or some huge company ; however, Ted was willing to take the time to get my issue resolved. Thanks to Anderson Bradshaw Tax Consultants I am finally able to get my life back from the IRS.

I was paying the IRS $400 a month for 2 years and I was getting NO WHERE! When I initially set it up I didn't realize how much they charged for penalties and interest. It's down right criminal (but that's whole different story) Last summer, things got pretty tough for my wife and I, we were robbing Peter to pay Paul and we just couldn't keep up with the payment any longer. I had spoke with a few companies a couple years back when all of this started, but they didn't seem like they could offer too much help. Thankfully I found Anderson Bradshaw through YP and I'm really happy that I did! I spoke with Ted, he was very patient and answered all of my questions through out the consultation. He explained our options and mapped out a step by step outline of how they were going to resolve our case. There's finally a light at the end of the tunnel for us and they saved us quite a bit of money in the end. Thank so much for ending this nightmare & getting us that Fresh Start you promised

I CALLED ANDERSON BRADSHAW TAX CONSULTANTS. EXPECTING MR.BRADSHAW, GOT TED ENGLAND .HE SEEMED PROFESSIONAL AND KNOWLEDGEABLE,SMART. CAN ANYONE HONESTLY TELL ME WHAT TO EXPECT FROM HIM.IS HE FOR REAL OR WANNABE?

When I began my search for a tax attorney, it was my understanding "serve this area" would have been completed in the state I resided. My paperwork made it across the country from Los Angeles, California to Baltimore, Maryland. The same paperwork had to be submitted twice, one for each office. I would have felt more comfortable if the paperwork could have been handled once. I know that I would have felt more confident if I could have worked with the same person the whole way through the process.

I cannot recommend ANDERSON BRADSHAW highly enough. There is always a courteous person to answer my questions and I personally work with Bill Davis most all the time. He has dealt with all my inept questions and queries. My account is not completely settled but is moving right along and the results are definitely are meeting my approval! My husband and I had ourselves in a real mess and they are getting things worked out really well. If you have any doubts about this company...don't hesitate to HIRE THEM ASAP!

You guys did everything you said you would do. Stopped the wage levy, saved me 60k, and got me a fresh start. I wish I could take off half a star because I couldn't come shake your hands:) JK- Great work, I will recommend you to others!!

I'm happy to write this review. I called ABC Tax two months ago when the IRS put a lien on my home and levied my wages. I was in $85,000 in debt to the IRS from when I started my own business many years ago. I never made any money in that business and now the IRS is threatening to take everything I have. As soon as I was transferred to Jeff, he put my mind at ease. He is very knowledgable about tax help and tax resolution. He told me that he can stop the levy that day. and that I could settle my tax bill for only 5k. You guys did what you promised and now that I am paying back my reduced amount, The irs is removing the lien on my home and now I have a fresh start.

These guys got the lien removed on my bank account in one day, and set up payments to the IRS that I could afford. Thanks, A-B!

My own accountant was useless. These guys were really able to negotiate with the IRS and got my tax bill cut in half. So glad I found Anderson Bradshaw.

My wife works as independent contractor and we got careless about quarterly deposits so after about 2 years we owed way too much. We looked around and this guy calmed us down and was able to get us some kind of compromise with the IRS and payments that we can now afford. yes, we recommend them.

Thank you for being so attentive. Not only are my husband and I happy this tax audit is behind us, but we are happy with your service.