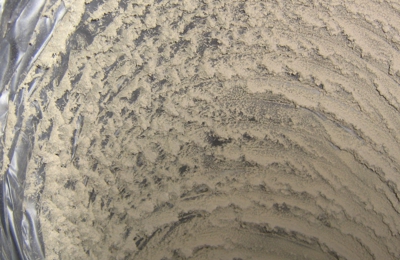 I purchased my first home and hired these guys to clean my attic, crawlspace, and remove two abandoned asbestos pipes. Kenny showed up and wrote down the quote which was less than the other companies but still very high. I was doing major renovations and wanted my first home to be nice and clean before I moved in. When Kenny showed up he had 3 "Jose's" that he found in front of some home improvement store. I left for work and had Kenny and his "workers" do the job. What a BIG DISAPPOINTMENT!

These guys are a bunch of crooks, lairs, and deceivers. I told Kenny and Eddie (manager) to clean my crawlspace and remove an old furnace inside it and they only removed the furnace and didn't do anything as far as cleaning it. There were still spider webs and trash all over the place! They removed the old insulation in the attic but did not vacuum up the dirt and debris like they said they would. Supposedly they cleaned the vents/registers of the central AC ducting, but they left some screws missing and also broke one of my electric outlets and cover and didn't mention it.

I also had them remove two old asbestos pipes and all they did was contract another company to do it and added their middle man fee on top of that! When asbestos guys showed up they removed the first one but the second was strapped inside a wall column that you can see from inside the attic. Kenny calls me and said they have to cut into the drywall to remove the thin metal strap. He told me there was no other way, I was at work so I relunctantly agreed because the inside was just remodeled, retextured, and painted brand new. So he cuts into the sheetrock and then realizes "Oh crap, I messed up and I wasn't thinking, I cut into the wrong side of the wall." The cut also knocked a hole on the other side that was part of the living room. But then he calls me and ask me if he can cut into an adjacent wall because there is another strap behind the pipe, or so he says. I didn't want to do that but I had a fumigation service coming soon so it had to get done.

Two weeks later after all service calls had been done, I finally move in. I start to inspect everything and notice things where out of place. I also had a crowbar in the living room and that went missing...hmmm...

I figured out that there was NO REASON to cut into the first wall. I called Kenny and asked him why was the first wall cut? The wall column was not on that side. He said, "Because there was another strap there." I said, "But the asbestos pipe was not on that side, so why did you need to cut that wall?" He then said, "To get to the pipe strap." Again, I said that there was no need, so I asked over and over until the fifth time he finally confessed yes he screwed up on that and he wasn't thinking. Duhhh...then I asked, "Why didn't you tell me? Why did you lie about it when you screwed up? Then Kenny went on to say "Look, I'm sorry about that but it's not that bad." Are you friggin kidding me??!

Of course it's not that bad for you! Because it's not your property! So you can care less! DON'T EVER LIE TO A CUSTOMER! I called Eddie and complain and demanded part of my money back after having to argue with Eddie for an hour! I ended up having to repatch the holes myself after having to argue with Eddie about the crappy job they did. DO NOT, I REPEAT, DO NOT HIRE THESE GUYS FOR ANYTHING! Bunch of lying scammers! It's no wonder they asked for the money up front, because people in the past didn't want to pay them. I put a stop payment of my check as a result of this! I'm NEVER hiring anyone to work on my house again, I'm doing everything myself. As far as Kenny and Eddie is concerned, it's obvious that they have no education and are just going around cleaning up crap and charging and ripping good people off.

When I saw a show in TV about vents and what could be inside, I called right away few companies and asked them for a price for this service. All of them had pretty similar costs and we told Air Duct Cleaning Pro to come and clean them up. Wow, I have never expect that huge amount of dust and dirt in my air vents! They cleaned everything, gave us even pictures before and after and presented with the bill (price did not change, we knew all the charges). Thank you!

A friend and I recently had our dryer vent ducts cleaned. From what they told us we were lucky we had them done. Apparently, they had never been cleaned and the houses are over 20 years old. He and his crew were very efficient, professional and reasonable. They thoroughly explained what they were doing and why. When they were done, they cleaned up-never would have known they moved anything. Very happy with our experience and would highly recommend to anyone looking to have their vents cleaned. Thanks.

Our experience with Air Duct Cleaning Pro team (Kenny and Dave) was great. They did everything we wanted and all was done at very reasonable cost. We have only good things to say about them. Thank you, it was great air duct repair service, we are happy. Good job!

We hired them lately because we needed crawl space cleanup and attic cleanup service. They offered to us a good package for these services so we decided to give them a try. Kenny and Allan were working for many hours and they did incredible job. We couldn't be more happy with their service. Thank you!

Where to begin!? Let me start by saying when I do reviews I am very hesitant to give 5 stars unless it was absolutely warranted and in this case it is!

the team was on time and very courteous. They removed their shoes every time they came into the house and explained everything they were doing. Turned out my vent was pretty clogged. They let me know after they were done that if I had any problems I could call the office and they would come out the next day. I would recommend these guys to anyone who is looking to get their air ducts or vents cleaned. Their professionalism, expertise, and overall friendliness are exceptional. Thank you!!

Such a professional and reliable company. I called them up for a quote and they gave me a price. It wasn't the lowest price (compering to other quotes), but they made me feel the most comfortable so I booked them. They came 3 days ago and performed fantastic service. Thank you very much for everything, your work and customer service is outstanding!

I was skeptic because I have never cleaned my air duct before, but I must say there is such a great difference with the quality of air in my house! Thank you very much for everything!

Makes you feel good to know that their still is a few honest and caring companies still around like Air Duct Cleaning Pro.

I am 100% satisfied with the service I received and the price. They went above and beyond what I expected. It was a quick process, and I will call them again in the future. Thank you!

Fantastic duct cleaning company. I hired them 3 days ago, they cleaned all the vents in my 3 story house and the price was really good too. Thank you very much!

I've contacted them few weeks ago for a price quote. They gave me a good price for air duct repair service so I hired them. Everything went smooth, good and without any problems. They know how to handle any task. Thank you very much, I am going to recommend your services to all my family and friends.

I was a little nervous about having our air ducts cleaned again because the last time I had (name brand competitor) them "cleaned" one guy(for our 5700 sq ft house) showed up, was done in one hour, we had more dust than before he came and they charged me about the same as Air Duct Cleaning Pro. Jul and Ernesto arrived yesterday at 8:30 sharp, did a walk throe with me, gave me a price and got to work. I am telling you they worked their buns off. for a full 4 hours. They barely took 20 min. for lunch.

The before and after photos were proof positive that they did what they said they were going to do and it has made a huge difference in our homes air quality. Our daughter with asthma is breathing better already. Thank you so much guys.

I have an allergy and extreme sensitivity ever since I was little and my husband have those as well. We've decided to clean the vents in our house and after some online searching and a few quotes we choose air duct cleaning Los Angeles by indoor air care. We had two service men come to our door and started the process by checking our air unit and inspecting the condition of our air duct system. About two hours later the house smelled better and the air really felt cleaner. Recommended.

Worst company! They are liars and their customer service is horrendous! Run from this company!

Well done! This is the best Air Duct Cleaning Los Angeles company! Thanks for arriving on time as we scheduled, thanks for an affordable price and friendly attitude. Great job!

Thank you for a great air duct cleaning service, highly recommended! Thank you!

Very glad I selected them for air duct cleaning service in my house. Great work, thank you a lot!