General Info
McDonald Hyundai, located in Littleton, Colo., is an automobile dealership that offers a wide range of new and pre-owned vehicles. It deals in cars, sport utility and crossover vehicles, vans and trucks. Its Hyundai models include Elantra, Azera, Sonata, Accent, Entourage, Accent, Santa Fe, Tucson and Tiburon. It deals in various pre-owned vehicles of various makes that include Lincoln, Mercury, Dodge, Jeep, Mercedes-Benz, Pontiac, Hyundai, Suzuki, GMC, Nissan, Cadillac, Chevrolet, Saturn, Volvo and Volkswagen. It provides a variety of services on the purchase of vehicles, such as lease, credit, finance and mortgage. It offers various services through other departments, including sales, insurance, repairs and maintenance, and body parts and accessories. It additionally provides online sales and purchase, and registration services to its clients.
Email
Email Business
Extra Phones 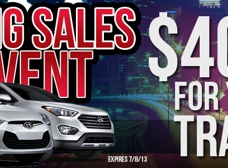 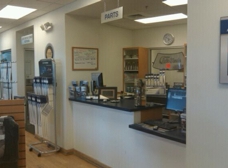 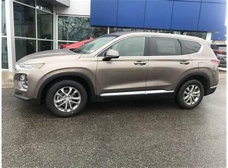 I recently purchased a Hyundai Palisade from McDonald Hyundai and worked with David Kuczek. He was wonderful and always went above and beyond to answer my hundreds of questions. He was diligent and timely and would even respond to me on his days off. Thanks to him for helping me get the vehicle I needed, when I needed it - with no games, no hassling and no pushing. He was upfront and friendly and was just great to work with. My husband is also a hard sell when it comes to sales people, but he really enjoyed working with David too. We both love the vehicle and it's been perfect for our family. Again, thanks to David for all the help and for making it an easy, seamless process.

Doe Snyder at McDonald Hyundai was a complete pleasure to work with. She was very professional, had great communication, very helpful and really made the car-buying experience fantastic. She got me the car I wanted, exactly to the T. She also took the time to show me all the bells and whistles and how to USE them, before I drove the car off the lot. It was a very seamless process, no haggling, and I walked away with the perfect car for me. Really great customer service all the way around. Thanks Doe!

I worked with David Kuczek on 1/6/22. I had to purchase a replacement vehicle with an insurance payout after my previous car was stolen and subsequently totaled. He was very easy to work with! Very friendly, personable and not "pushy" at all. He made the process (that had been hard due to the nature of the reason for purchase) very easy and actually pleasant. The finance people were also very easy and pleasant to work with. The dealership went above and beyond in getting this "new" car ready for me. I would highly recommend David and McDonald Hyundai!

Doe was the best dealer I’ve ever worked with and is guaranteed to be the best of all time. The entire experience was a blessing. I had one plan and she had a better one, and I left with the perfect car for me with a lower interest rate than I could’ve imagined. She made the process fun, easy, transparent and downright magical. I’m the proud owner of a brand new Hyundai Kona and I appreciate her efforts greatly, as well as that of her colleagues, who had a hand in ensuring the process went smoothly as well. Thank you so much Doe and the McDonald Hyundai team!

Doe Snyder took a very fragile person, who had lost her beloved Sonata Sport in a bad accident and was still shaken by that experience, and she tenderly helped her to find a new 'perfect' vehicle. John Francis O'Hanlon made the financing procedure nearly painless. I simply do not have the words to express how grateful I am to both of these amazing people!

We had a wonderful experience buying our daughter's first car from Kyle McMillen. We did the entire process online! Completely haggle-free and stress-free. We'd highly recommend working with Kyle.

I purchased a 2014 Hyundai Elantra from salesperson Suzanne Dumont on March 27, 2015. I informed her that with my trade-in leased vehicle, I would not be putting any money down and that I wasn't interested in trading in the leased vehicle otherwise. She informed me that this would not be a problem and was easily workable within the dealership's parameters. On that day I left with the Elantra and a temp tag until the DMV received the appropriate paperwork from the dealership. On April 9, 2015 I received a call from Rune Nielson stating that the finance person who originally drew up the paperwork quit the next day (March 28, 2015) and had done the paperwork wrong. Rune asked me to go back and re-sign the paperwork with the same information and the same pricing, but a different finance company (Public Service Credit Union as the new option). After I signed the new papers on April 9, 2015, I left again with the car and a concern that my temp tags may expire before the dealership could file the paperwork with the DMV. I did not hear anything from the dealership or the DMV, so on May 25, I went to the DMV to get my new license plates, hoping that the DMV had just forgotten to send out the fee card. The DMV told me that they had received the dealer paperwork but had to return it to McDonald Hyundai because there were errors on it- they did not specify what the problem was but said that I needed to contact McDonald Hyundai. In the meantime, they gave me another temp tag for my car, with an extended expiration date of July 24, 2015. On May 25th as well, I called Rune Nielson at the dealership and he said that I needed to bring a check for $742 by that afternoon because the taxes were incorrect on the sales paperwork. I told him that I bought this car with the agreement that there was zero money down and that I did not have the money. He said that he would check with the general manager and get back to me. I have not heard from him since- It is now July 27th, 2015. A week later, I left a message for Rune to see if he had gotten a resolution with the general manager, but did not receive a return call. On July 9th, I called and asked for any other finance person to try to help me get my car and tax issues resolved. I was routed to Brad Long, who said he had just started a few months previous and would have to check into it and call me back. I never received a call back from him either. In the two and a half weeks since, I have left messages for Brad and the general manager John Bittrolf, with no return calls. It's important to note that in the 2 and 1/2 week time frame of receiving no return calls from any member of management to help resolve this issue, tragedy struck my family. My husband of 40 years passed away suddenly at the age of 75 on Saturday July 18, 2015. Needless to say, I dread having added stress in my life during this painful grieving process. I just want to be able to drive my new car so I can attend to family and funeral arrangements for my dear husband. On Saturday July 25th, I received a call from the used car manager Alan Wallace, stating that I had to pay the $742 to get my account current and to be able to get license plates. I told him that I had talked to Brad and Rune and that I had told them I could not pay any money down, just like we had originally agreed on. I called the DMV today, July 27th, because I hadn't gotten any calls back to resolve the issue. They of course did not have the paperwork, but referred me to the Colorado Dealer Board for filing a complaint. I have since left a message for the dealer board, as well. I have called every person I've spoken to before at McDonald Hyundai today, trying to find someone who deals with customer service issues instead of just the bottom line dollar. I was told by Alan that they didn't make as much money on my trade as they anticipated, so they cold not afford to take a larger loss. In the meantime, my car is stuck in my garage with expired temp tags

I had the privilege of working with Sales Consultant Suzanne Dumont on Sat. March 6th 2015 at McDonald Hyundai in Littleton CO. I was very impressed with her familiarity of all the vehicles there on the lot. I was being particular with the exterior colors they had available, no leather seats and absolutely no beige interior.

Looking around on the lot, speaking to different people, I seen a copper exterior which I really liked but the interior was beige that was out. They have vehicles with Gray and Black interior but they were Gray, Silver or White exterior (not a fan). Then I was shown the vehicle I ended up purchasing. I would like to thank Suzanne for her patience and making the experience a very pleasant one. I would also like to thank Ryan Smith used car Sales Manager who was a great help in getting me a lower interest rate and the value of my trade-in. Ron Fifer Sales Manager, Ricardo Rentera Finance Manager, who I accidently mistook for a Sales Consultant he too was running around looking for cars for me (sorry Ricardo). Virgil Esquivel Service Manager, Rick Wilson, Douglas Troudt both are Service Advisors, when I took my previous vehicle in for service they are always a great help. But I cannot end this review without mentioning Jon Bittrolf General Manager. Jon has been around since the old location down the street, very friendly always a pleasure to speak with and not just about cars and sales just a super nice individual. This latest experience was Fantastic and I look forward to having my new car serviced in the future. Oops I almost forgot I purchased the 2015 Hyundai Tucson GLS All Wheel Drive the color is Kona Bronze (sort of a coffee color) with what they refer to as Pleather seats a combination of plastic, leather and cloth not so stiff, interior is BEIGE but in my defense not quite the light color you would expect. It has a little darker look. It works out very well with the rest of the interior color kind of a chocolate look. The entire vehicle comes together very nicely and I am extremely happy with the purchase.

I started using McDonald for my Sonata's maintenance after getting the runaround and being taken advantage of financially at Planet Hyundai. Bill is awesome! He is so helpful, friendly and funny. Their shuttle driver whose name I forget, is also a wonderful asset to the dealership. They treated me fairly and gave me a great price on all the maintenance I've had done there. They definitely earned all my future business!