WE LOVE HAVING YOU HERE.

SAVE 50% ON SUNDAY NIGHTS

General Info
The Hampton Inn & Suites – Littleton is located at the base of the foothills of the beautiful Rocky Mountains. You'll enjoy the convenience of being centrally located while experiencing all of the comforts of home in our cozy hotel. Directly off C-470 and Ken Caryl Avenue, our hotel is located just minutes from Highlands Ranch, Denver Federal Center, Lakewood and the historic town of Golden. Is Lockheed Martin bringing you to town? You're less than three miles from the Lockheed Martin Deer Creek Facility and eight miles from the Lockheed Martin Waterton Canyon Facility.
Hours
Regular Hours
Brands
Hilton Hotels
Payment method
discover, amex, master card, visa, carte blanche, diners club, all major credit cards, cash, check, debit, travelers checks
Location
With a stay at Hampton Inn and Suites Denver Littleton in Littleton (Ken Caryl), you'll be convenient to Deer Creek Golf Club and Meadow Park Golf Course. This hotel is within close proximity of The Manor House and Deer Creek Canyon Park.
Other Link 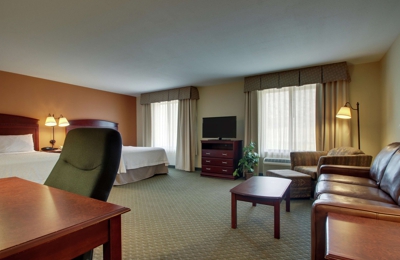 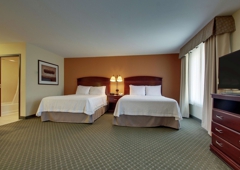 This hotel looks are decieving. The staff is very rude with the exception of one lady who did try to help us when we were locked out of our room for 3 hours because the battery died on the card key lock. When the guy Came to fix it he advised that they could not fix it till morning and if we left the room to prop it open so it won't shut and lock us out (obsurd) we asked for another room and they agreed after 30 minutes in the room the toilet over flowed. Went to the front desk and no one was there so asked a cleaning lady for a plundger which was not easy due to language barrier so pretty much playing sherads is the hall. After getting toilet to flush advised the staff of problem they advised will comp one night out of our three which was fine. we also had our5 year old dog with us during our 3 days there. The dog is very well house broken and during other stays at other hotels have never had a problem however after check out and went to collect the money that was told to be refunded after check out the general manager said the they found dog pee in the room and that he would not charge me for the clean up if we call it even however the so called dog urin was green tea that my daughter had spilled and cleaned with a towel. We have never wrote a review about a business but I have never been so upset with the way we were treated and talked to. Never will stay at a Hampton inn again