Quality work at a competitive rate

Quality work at a competitive rate 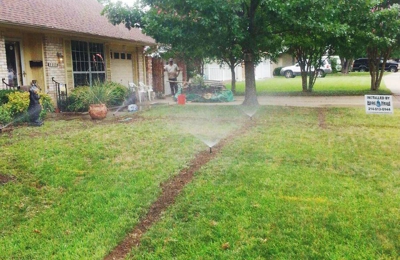 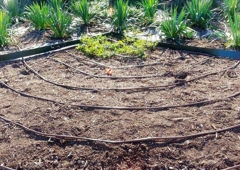 Simply put Head to Head is the best company out there. No comparison to the other companies I have tried.

On time and on the job every time.

The good folks from H&H diagnosed and repaired a number of problems with my system that others had failed to find and in one instance said was beyond them. They were quick, friendly and courteous to boot. Very satisfied.

Great all around Service !
Called 30 min out in window
Very informative about what needed to be done, finished quickly.
Awesome!

I love Head to Head. They have always been prompt, courteous, efficient and do an outstanding job in maintaining my sprinkler system. I highly recommend them.

Jeff and his helper came to my daughters house today, spent 20 minutes to analyze several problems then told me how long it would take to make the necessary repairs and the cost. They were right on the time and right on the money, which was very reasonable. Very professional and courteous. I am going to recommend them to my landscaping company who is looking for someone really good.So glad I found Head To Head.

Casey was very communicative about when he would be at my house. Another sprinkler company had given me a price on some work before, and Casey quoted me half the price for the same work, but then told me I didn't need it done anyway. He ended up fixing a number of things for a very reasonable price. I'll definitely be calling them again.

Earlier, I called Texas Waterboys to find a problem with a leak in my irrigation system. They failed to find anything. I then called Head to Head. They quickly scheduled an appointment. Their team showed up right on time, diagnosed the problem as likely an issue with the solenoid valve on Zone 5, found the valve and rebuilt it on the spot. They also checked the remainder of the system and fixed several other minor issues. Cost was half what Texas Waterboys charged for no result.

Jeff and his crew are amazing! They are timely, professional, efficient and ever so patient with all my questions. They always make sure everything is up and running properly and offer advice to help me in the future. I appreciate their attentiveness to service! Need another perk? They are affordable!

Very professional and knowledgeable but most importantly honest and straight forward. Jeff came up with a much less expensive option to solve a pressure issue than what was planed. I appreciated that he was really looking out for us and was straight up about it. He will be my first call and my first referral.

He has a passion for this & he's very fair on his pricing. I've used this company for over 2 years.

Great service and very knowledgeable, they even explained how to set-up watering cycles. Give ahead to ahead a call and you can't go wrong!

Very prompt service. Got the job done quickly and professionally. Would recommend Head to Head Irrigation service to everyone.

Great work, guys! Thank you for fixing the leak in the landscape irrigation as well as several broken heads. We appreciate your hard work!

Jeff and the crew did an outstanding job at a reasonable price. They managed to reroute sprinkler lines, wires, valves, and a drain line that appeared to have been designed by someone with a severe hangover. I will definitely use them in the future and recommend them to anyone need a quality irrigation company.

I have used Jeff for several years to work on my sprinkler system and most recently he completed a big irrigation job for me. I can always depend on Jeff to get the job done right. I HIGHLY recommend Jeff and his team!

After 3 years of struggling to fix my old tired sprinkler system, Jeff and his team did what his competition could not do ......my old system now runs great! Jeff's knowledgable approach delivered outstanding results, I will recommend Head to Head confidently to anyone in need of Jeff's services. Outstanding work!