General Info
Whether for business or fun, the Courtyard Dallas Plano/The Colony makes all of your travels successful by providing exactly what you need: spacious guest rooms and onsite meal options (for purchase) that help you be more productive and comfortable.
Hours
Regular Hours
Extra Phones

Services/Products
Brands
Courtyard By Marriott
Payment method
discover, amex, master card, visa
Location
With a stay at Courtyard Dallas Plano/The Colony in The Colony, you'll be close to Hawaiian Falls The Colony and Arbor Hills Nature Preserve. This hotel is within close proximity of The Shops at Legacy and Dr Pepper Ballpark.
Neighborhood
The Cascades
Languages
English, Spanish
Other Link 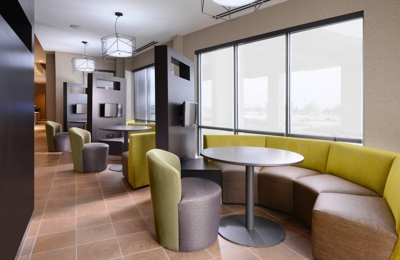 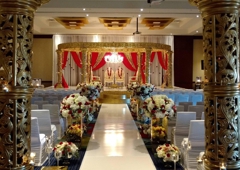 The hotel is super nice and very affordable!!

I walked into the hotel after a 4 hour drive and made reservations ahead of time thru Priceline which I use often since I travel for business 2-3 weeks a month.

The person at the desk was rude, unprofessional and a downright hateful person. She checked us in very slowly as if since she was uncomfortable to be there we would also. Got to our room me and my male cousin and it was only a king bed.

We went down and let her know the situation and she said the we are locked into that room and there is nothing she could do. I asked to speak to a supervisor or a manager she said that was not possible at all acting as if she was the final word for that hotel. I asked if the problem was that there were any rooms with 2 separate bed she said that there were plenty available. She said I should call Priceline and see if they could fix it.

Called Priceline and they said give them a couple minutes so they called to hotel and when Priceline got back to me they said that they couldn't get anywhere with her either.

The thing that made me upset is when Priceline hung up with her she made a chuckle implying that she had won and I was not going to get an accommodating room.

Very disappointed. Never had I been treated so poorly. AND I AM IN CUSTOMER SERVICE BUSINESS!!