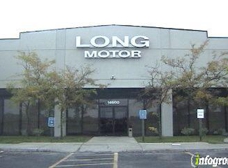 Ordered a gift card for My son in law from a lovely lady named Collette. She was super helpful and very pleasant to speak with. Also very efficient.

Here's another one - When you place an order, you get to choose shipper and time enroute - and are charged accordingly. Then - weeks beyond paid arrival date they say because the parts were so small, they sent it via snail mail. When you have a customers car in a bay for weeks, you get one ticked off customer, a bad rep and less business. Don't bother writing "Customer Service" - they won't even respond. And they lie when they say "Providing the “Right Part… Right Price… Right Now…” AND "Providing the highest level of customer service..." IS A JOKE ON US.

British Parts Northwest has a good selection, and ordering from vendors overseas will get your parts to you as fast for LESS.

Long Motor, (Victoria British) sold me a Borg & Beck Clutch with a defective Throw-Out Bearing. When it failed in two months, I complained and they sent a replacement free of charge. Very good, except that one failed in two months also! Now I'm out nearly $1,000 in labor charges and the car is down once again.

I have insisted that Long Motor reimburse me the $1,000 in lost labor. Pam, the Customer Service Manager agreed on two occasions, where I have been waiting and waiting for my money. Well, looks like the Better Bus. Bureau, State Attorney General's Office and my Civil Lawyer will be hearing from me in that order. Perhaps not Intent, but certainly negligence on the part of Long Motor / Victoria British. How hard is it to check your biggest competitor's web site once in a while, as a sanity check if nothing else? Buy your parts from The Roadster Factory or any company other then Long Motor, Victoria British, LMC Truck and Black Dragon Auto!

I had a brake hose go in my 1956 GMC ? ton ?Frances? a couple of weeks ago.
I went to the LMC Truck website and ordered 2 new front brake lines part Number 34-4402 on the 13th of June. So the lines get to me on the 19th and I try to install them that Wed night the 20st but they don?t fit.
The metal line just drops into the hole.

What is wrong with these people? Don?t buy anything from them because their customer service is the worst. I still have the wrong lines?.