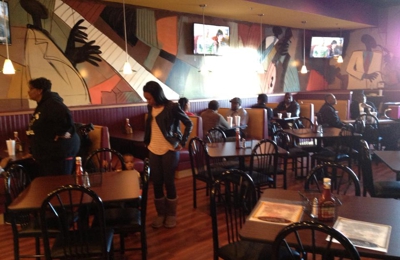 My husband and I often try new restaurants through social

Media coupons offers. I purchased a $90 value coupon from an online social media company for Rochester Bbq.The coupon was purchased March 32,2015 with. July 29, 2015 expiration date. No restrictions anywhere on the coupon. Excited to try something new, we called today to make a reservation for tonight.My hsuband stated we had a coupon. He was told that they are no longer accepting these coupons and to go back to the social media company for a refund-REALLY? We have trying new restaurants through coupon purchases for a few years. If we like them, we go back.I later called back and tried again and was told the same thing- they no longer accept the coupon I purchased. The lady on the phone was quite rude and told me there is nothing she could do- that she only worked there. I then requested to speak with the owner/manager and was told that he was not available. Shortly after a woman got on the phone and said she was the manager. She gave me more information than I cared to hear about how they hired a consultant early this year to increase business and that they took their coupon down off the website in June. that is all well and good but I explained that my coupon was purchased months before that date. What I learned is that when these coupons are purchased- as soon as you confirm the purchase, the company gets their money- whether you go or not.How can businesses offer a deal and then deny it when it is not expired? She offers me $30 of forbid for $15- sand a free dessert- Really, I am out $45 but I am going to come to your restaurant and give you an additional $15 PLUS what ever the difference is between the $30 and actual bill- sorry no deal. She Claimed that they no longer had the bottle of wine available that was offered with the coupon that I purchased- 2 entrées and a bottle of wine for $45a $90 value. s- REALLY- go out and buy a $5 bottle of wine, honor your coupon and do right by your customer or off 2 entrees and the equivalent appetizer of dessert to make up for the difference. bottom line is they sold over 600 coupons, increased their business and basically shutting the door on the remaining customers that didnt use their coupon quick enough. They may have ioncreased their business over the last several months due to a coupon promotion- but more than good food is needed to keep it that way. Read other reviews on other restaurant websites biggest complaint is service- we will not be eating here ever- guess they left their southern hospitality down south!