General Info
We're Planet Fitness - The Judgement Free Zone, and we know that it's never been more important to stay active and maintain good health. So, we're making our clean clubs even cleaner with touchless check-in and cleaning stations stocked with disinfectant spray so you can be Cleansiderate. Plus, with the crowd meter on the PF app, you can always workout at a time that's most comfortable for YOU.When in the clubs, our team members are masked up and we're practicing Social Fitnessing, so everyone can gym confidently. Join today, and let us help you stay motivated and movin'!
Payment method
all major credit cards
Other Link 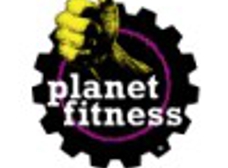 I was originally a member at the Rainbow/215 location but when I was working out I let out a little grunt on the leg press, lifting what to me was a lot of weight. It was not a yell but a small grunt that really only the people in a 5-10 ft radius might hear. Next thing you know "The Lunk" alarm was sound and they made a big deal about my grunt and completely embarrassed me. Mind you this is the only time I had ever made a sound while working out at Planet Fitness. I was so embarrassed that I completely stopped working out there and gained another 10 pounds. They will not let you cancel your contract just because they embarrass you so I had been paying for a yrand I still wanted to get back into shape again. You see I had been in the fitness industry for over 20 years and it was just over the last 5 years when I started playing poker for a living that I started putting on weight. Before then I was in great shape and had many jobs in the fitness industry such as personal trainer, general manager or fitness director of The UFC Gym, 24hr Fitness, La Fitness and Anytime Fitness as well as running my own personal training business for many years. When the new location opened I started working out the day it opened. I was going at least 4 times a week if not more. About 2 weeks into working out a employee approached me in the middle of my set and made me stop so he could talk to me, which is something I would never have one of my trainers do, I always taught them to wait till they are done with a set then ask them if they can interrupt and then ask their question. So it annoyed me that he interrupted me right off the bat, plus this day had been one of the worst days in forever, I had 2 hours prior, found out my favorite Aunt had died and I just wanted to work out and get rid of this anger/sadness. He then told me that I had to leave or buy a lock. I did not have my wallet with me because I had ran/walked the 2 miles to get to the gym and now he was telling me I had to leave. Needless to say I was pretty upset I said a few cuss words which I should not and after some begging they let me put my bag behind the counter and finish my workout. I came back the next day and apologized to the guy working and explained the situation and said that I was sorry for yelling at him that I know of the rule but I had brought the bag with me every day that I had worked out and no one had ever said anything about it before and I always tucked it behind the machine and out of the way. He said it was because of insurance and the chance someone could trip and hurt themselves which I completely understand. We shook hands and everything is great or so I thought. Then today the same guy comes up to me and tells me to stop slamming the weights. The things is, I am on my first set and I have not slammed one weight. So I asked him are you talking to me he said yes if you could please stop slamming the weights it would be great. I then said I wasn't which his reply was that I was and to stop slamming them. So I get a little upset because I have not done anything and this gym is again singling me out and that I am being harassed. It upsets me so much that I can't work out and my wife and I leave. On the way out I wait for the guy to stop instructing someone and I ask him why he said I was slamming weights? Was it during one of the two sets I had done before and his response was yeah I heard you during one of those sets and that is why I said it. I then responded by saying "really that is amazing since that was my first set." So I had caught him in a obvious lie and then I said to stop harassing me and that next time he wants to say something to me address the three people that had bags out on the floor right then. I know I should not cuss but what a hypocrite I mean really you're going to make stuff up about me and not even address the original problem you spoke with bags being on the floor.