Biography
Las Vegas Neurosurgery Orthopaedics & Rehabilitation provides a multidisciplinary approach for spinal and orthopaedic conditions with both operative and non-operative treatments. We are board certified and fellowship trained surgeons who focus on providing you with optimal healing and recovery treatments. Our practice understands every patient is unique, so we prescribe treatments based on a thorough evaluation. 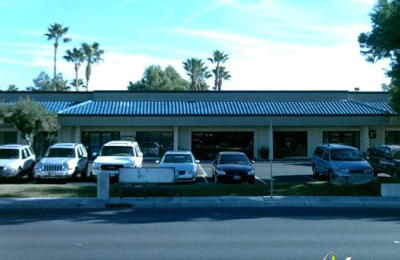 I've had four surgerys by Dr Kabins he would sit we me sometimes twelve at night making sure I was alright. I would trust this man with my life. Great doctor

Dr. Kabins is awesome he is very kind and compassionate he takes as much time as is needed with his patients he's a great surgeon too he just did my husband's neck and it was a wonderful experience because of Dr. Kabins I Thank him so much for helping my husband feel better

I have required four surgeries during my 15 year tenure as a patient of Dr. Kabins; at times the waiting times in his office would make a sane person look for another doctor, however, it's due to his spending as much time as it takes to make the patient feel comfortable while he educates them of their situation. Every one of my referrals have been extremely satisfied with their surgical outcomes. If you really need surgery, I believe he is the best.

Doctor Kabins is one of the hardest working dedicated Doctors I have ever met. If it takes a while to wait for office visits, its because he is a very very busy Doctor who goes above and beyond what is expected. He is excellent in his skills and practice! So if you have to wait it is because he is an excellent Doctor!

I went to see Dr. Divanbeigi with the sole intention of getting dentures. I explained this on the phone prior to my appointment and again once I arrived at her office. Instead, I was placed in the incapable hands of a less-than-qualified hygienist who had zero bedside manner and was less than professional. (I can opine on this as my sister is a hygienist whose cleaned my teeth before as well as experiences with other hygienists). Once done, Dr. D came in and was adamant about my purchasing dental implants instead of dentures (as I so clearly expressed I wanted). I understand her job as a dental professional, her priority is to help me save my teeth, but I have perio disease and severe bone loss and know that it was time to just accept the inevitability of having to get upper dentures.

Again, she would not let the implant issue go. She kept on speaking as if I walked in wanting implants. I felt like I was being bamboozled by a snake oil salesman. I explained to her that I could not afford the $30,000 implants she was (incessantly) trying to sell me.

To make matters worse, she had me fill out more paperwork; of which I assumed was part of the whole intake process. When my appointment was over, the receptionist informed me that I had been ""declined"" for ""the loan"". ""The Loan?"" I asked? Dr. D. came back out and said ""Yes, to see if you qualify for payment plans for the implants."" (!!! WTF !!!). Not only did she just put another alert on my credit reporting, but hoodwinked me into filling it out in the first place.

Another sh*tty thing she did was retake more xrays - of which I told her she could easily obtain from my previous dentist. She said when she requests xrays from dentists, they send it via email or photocopies which is not as good as taking fresh films. (???) And I told her that it had been within a year and that my insurance wouldn't cover more xrays. Dr. D. said she would NOT charge me for the additional films. This I thought was fair since I offered to get them from my previous dentist (she didn't want to wait for them) and she said not necessary. I canceled my subsequent appointment and never went back again....this is probably why --------> I got a whopping bill 2 months later for a full pano along with all other xrays she took that day; a total of just over $200 since my insurance refused to pay for 'duplicate' xrays.

This place is nothing but a middleman for the implant company. I'm wondering how many other unsuspecting patients are now suffering the financial strain of (probably unnecessary) implants.

I've suggested my insurance company remove her as a provider.

Dr. Diranbeigi is simply the most caring dentist I have ever met! She is true to the name of her practice, ""Gentle Dentistry"", as I have had some major work done and have had it pain-free. My whole family look forward to our regular cleanings, as we know we (and our teeth!) are in the best of hands!! And the Doctor's staff is amongst the friendliest you will ever meet! HIGHLY RECOMMENDED!!!!