General Info
Our Mission: The mission of La Paloma Funeral Services is to provide personalized, professional service to families who choose cremation as a dignified, affordable choice of disposition for their loved one. Our Philosophy: Our philosophy is to serve each family with the greatest attention to detail, the highest level of courtesy and compassion, the greatest measure of respect for their loved one with complete integrity and openness in the funeral process. Our Goal: La Paloma Funeral Services realizes that making funeral arrangements for a loved one is never easy. Our goal is to provide the highest level of service so we may ease the burden and grief for families at this difficult time in life. At the time of need, we can meet at a location of your choice or at our offices and complete the arrangement conference. During this meeting, all of the required paperwork will be completed in order to obtain the required permits. After funeral/cremation services are completed, the cremated remains (if applicable), death certificates, and any urn or memorial merchandise selected can be delivered to you (within 30 miles of our offices). We realize you have a choice in your selection of a funeral service provider to care for your loved one and we hope that you will choose La Paloma Funeral Services. Pets are loving members of our families. The loss of a pet can be distressing. An end-of-life decision represents a final act of love we have for our pets. La Paloma Pet Cremation is here to help you in this time of need when you're making those important decisions for your loved ones.
Email
Email Business
BBB Rating
A+
BBB Rating and Accreditation information may be delayed up to a week.
Services/Products
funeral home, funerals, funeral services, cremations, cremation services, cremation with memorial service, direct cremations, burials, pre-need funeral services, pre-planning funeral services, life celebrations, memorial ceremonies, caskets, vaults, memorials, urns, honoring life, grief resources, veteran services, military honors, ship-out services, graveside services, whole body donations, transfer to other states, ship outs, ship-in services, world-wide shipping, repatriation
Payment method
mastercard, all major credit cards, cash, discover, visa
Location
Stephanie & Russell-Just off I-95 & Russell
Neighborhood
Whitney
Other Link 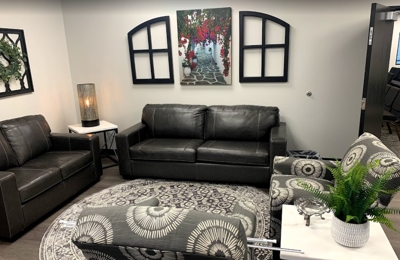 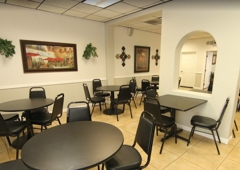 On April 10 -2017 my young brother passed away suddenly .Needless to say my family is devastated..Its been harder on me because he lived with me and i found him deceased A week before his 51 B-day. Another funeral place had picked him up because they were on call.The next day when i went the staff was rude , not professional.. I said that's it my brother is out of there. Left in tears and called LA PALOMA...What a blessing. . Had them pick my brother up..I made the arrangements with Lori..What a living angel she is. Was their for me through the whole process , Tears and all i was a handful ( tears & all ).She comforted me through it all.Lori was there for a shoulder to cry on aand answered all my questions without cutting me short..Then on May 19th , a month latter my dad passed away...Thought i was going to lose my mind. Heart breaking huh ? Lori came to my rescue once again..I want La PALOMA to know how thankful i , we are to have had your employee Lori help us at this devastating time..My brother & dad and dad a month apart is to much..If it weren't for Lori and her love and kindness we couldn.t have gotten through this .With all my heart , THANK YOU .I will tell everyone who will listen how LA PALOMA is # 1. And i did have contaact with other funeral homes..God Bless. And i love you Lori.Thank you so much for treating me like family and giving my Dad JAMES MILLER & ROBERT MILLER the dignity and respect they deserved..

We recently tragically lost our loved one in Mexico not knowing what to do i decided to Google mortuary services in Nevada and decided to go with La Paloma .after explaining my situation to Nadia (personal) she immediately put me in contact with her contacts in Mexico and i was able to bring my brother back to the states to give him a prosper service. Thanks to the wonderful staff for being so attentive to our needs on such a difficult time for our family. I definitely recommend La Paloma

Wow what a mistake this place was recommended by Centennial hills hospital which took care of my father during his last months they did an outstanding job of taking care comfort and pain and since they recommended la paloma we decided to have them take care of my father.

the day before the funeral

also I would be very skeptical of any reviews posted as 5 stars after a little research I found that people deceased for 5+ years writing 5 star reviews???

My family recently dealt with the unexpected passing of my mom. While it was by far the most difficult time in our lives, her services were handled with compassion and care. The professional manner in which everything was handled made this difficult time a little easier on our family. We knew she was in good hands, and her final wishes were carried out as we requested. I will definitely recommend La Paloma.

I was familiar with La Paloma's reasonable pricing and had referred people for that reason. I now have experienced using them personally for my father, father-in-law and uncle all in a months time. They were very professional and kind every step of the way. The experience here versus dealing with the mortuary/cemetery where two of the three were buried was extremely different. The other facility was concerned more about their own time and trying to upsale than our own needs. I would recommend La Paloma to anyone.

I personally give my personal accolades to La Paloma, I could not have been treated with greater respect, comfort, and love. My wife's body was handled with the greatest respect as was I . I highly recommend the services of this great funeral home as does all my family. I personally can not wait until they help the care of my body so I can go be with my wife, son, family and be in the arms of my Savior, Jesus Christ. Anyone would be amiss in not using the La Paloma Funeral Home. Thank you all from the bottom of my heart. Glade Lamoreaux

Can you imagine anything worse than losing a loved one? Every person I interacted with at La Paloma was kind, compassionate and professional. They are well trained in handling these delicate emotional situations. They were patient as I asked questions. They calmly explained the process. They provided details for every option. There was no sales pitch. Simply attempted to satisfy my loved ones final wishes.

I did my homework and received a quote from one of the well know corporate competitors named after tropical tree. The quote was TRIPLE and given with a smile.

When I read the "Worst" review, I was stunned. My experience with La Paloma was so far from what I read in that review, I was suspicious of the authenticity of the review.

When my father passed suddenly a family member referred us to La Paloma Funeral Services. From the moment they arrived at my parents home we were treated with kindness, respect, patience, compassion, and professionalism. We will definitely use their services for future needs.

I found La Paloma only because I had to make a quick choice of whom would pick up my husband's remains from the hospital. If there were an option for a negative star rating, I would choose it based on my experience. First of all you walk in, and the, ""Funeral Director"", is a young woman with bright heavy eye makeup, with large streaks of blonde running threw her dark hair, and casually dressed. When she introduces herself, she has a big smile on her face and you think she is planning your cruise vacation. Overlooking the appearance, my nightmare was just beginning. I was informed that from the time I signed the paperwork, through the cremation it would take 3-5 business days. On the 5th business day, I called. No one called me. I learned that they had yet to get the death certificate signed. That meant my husband was still on, ""ice"" for a week. They claimed they were having difficulty getting the death certificate signed. They were so relaxed and the attitude was just nothing they could do to expedite it. I couldn't believe how they were sitting on their hands. I had to put my sorrow aside, get on the phone and accomplish what they could not and would not do. In just a few hours, I myself did La Paloma's job, and got the death certificate signed. I am shocked and dismayed at the service they provided during a difficult time. What an undignified way to treat a family, and to treat the remains. Based on the service I was provided they get a big fat F.

We are not residents of Las Vegas, but had a tragic death in our family and La Paloma assisted us during very difficult times. Everyone on their staff were professional, but treated us like they had lost someone dear to them. They did all the mortuary services and handled the transportation to our home state, perfectly. We never felt any sales pressure and have learned their costs are very reasonable. I believe there location and modest facility helps to keep pricing in line, but everything else is conducted in the highest manner.