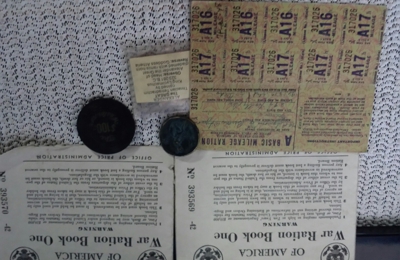 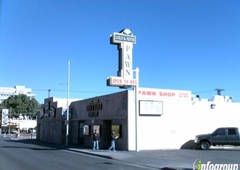 A note to Rick. In Season 4:Episode 17, the Gunsmoke holster that came into your shop, you called Dillon “Sherriff Dillon.
I’veprobsbly seen every episode of the program, and Matt Dillon was a US Marshal.

The rudest people around. If I had the chance, I would knee-cap Rick for the way he treated me!

Rick low-balled me on the deal. However, they should give Chumly a raise/promotion, as he was helping me until I spoke to Rick.

I love the show if I get to Vegas would love to see the shop! One item I see on the show in case often I can't tell what it is and it's killing me to know what it is looks like a house maybe replica of White House? Not sure???? Love the show

I went on the show, and I live here in Vegas. Gold and Silver don't hide junk. They just don't buy Junk.

They have just about anything you could want.

This shop pays more than any other pawn shop here in Vegas. I know this for a Fact!

It's a TV Show and they film all the time.

almost every day they are doing something with the show.

The staff there are all very nice and I have always been treated Wonderfully while I was at the shop.

They have Great items, and they pay lots for the items therefore you can't get something for nothing there. How sad for you.

I Love the place and all the people with it.

I went there, everything there is profoundly expensive. They don't really want to sell anything but the crappy chun lee tshirts. When you go, the entire middle portion is nothing but tshirts, shot glasses, magnets, old man coins, etc. It's usually pretty packed. The workers always say the crew is shooting an advertisement or something stupid. When it comes time to film, they clear the crappy merchandise out, clear the tourist customers out, bring in the crew and actors or pre screened people to be customers. I used to love this show until I went there. Really wish I wouldn't have... now I can't watch it again.sucks that it's fake.

STAY AWAY!!! My friend and I have been trying to contact this shop for months regarding an item we see in the case in the background on the show. We cannot get through to the shop. We cannot even leave a message! TodayI have tried all the numbers I could find and every time I called, no matter what number and what &quot;digit&quot; I hit, someone would pick the phone up and hang it up. How rude! I am so disapointed as I watch this show all the time and thought that maybe this was a legitiment pawn shop. That is in question as far as I am concerned after today.

Just wanted to let you guys know you are the greatest! Would watch your show 24/7 if it was on. Very knowledgable and entertaining. Love the humor! Keep up the good work!

Was was looking to buy a bar of gold for my parents anniversary I got person at the counter that was rude I asked him the price of the smaller one he asked if that was a real question and assumed that I had a knowledge of gold and silver prices I did asked for a price but he hung up on me . "Really", I assume he is to fat and stupid and lazy to quote me a price.

worst customer service!!! specially the graveyard guy!! i was trying to pawn my movado watch for 40 and didnt accept it because he didnt like to do it? that long haired asian punk was just sitting there and messing with his hair and don't do his job! he should be terminated!

I called Gold and Silver Pawn Shop the other night after seeing an item on their show that I was very much interested in. When I was connected to the counter I stated my name and the city and state I was callling from. In return asked the gentlemen on the other end of the phone his name. He stated his name WAS NO important and proceded to ask me what he could do for me. I again asked because I like to know the person I am speaking to. Again, his name WAS NOT important. In todays times everyone has caller ID, even Dominoes. Is it just me or was that just rude? I suppose those of us that live in the south know how to be kind to folks on the phone as well as in person. Now, 1 less viewer, NOT.

Ok people in order to get 2 c rick or n e 1 of them you actually have to pawn something of HIGH VALUE! I had a 5 OUNCES of gold 24k I wanted to pawn and I told them that I would ONLY do business if owner helped me I hit dead ends at first BUT after explaining I drove clear from kc they had me come back 5 days later after I got a PRIVATE call from RICK himself we did meet however it was NOT at the shop ! We met at my hotel he showed with 2 guards people that's how deep it was ! g I got a picture I posted on my space for awhile :)

Greetings from yes, the real Dodge city, Kansas! I am appalled to see how Rick claims to be or moreso pretends to be knowledgeable on certain topics.

In a recent episode, a man brought in a prop holster that was used on the show GUNSMOKE. First off, the shows description of ""GUNSMOKE"" wrongly set the time period as "".....in the 1890s...."" Gunsmoke was set in the early days of Dodge City, being the 1870s; Dodge City was first settled in 1872.

Then comes the horendously stupid remarks by Rick, who claimed to know a lot about the show:

1st BIG MISTAKE: Matt Dillon was NOT sheriff, he was a US MARSHALL! Rick stated aleged knowledge about Sherif matt Dillon, and said so as if he was an expert !

2nd BIG MISTAKE: Rick couldnt even say the name of the town Gunsmoke was featured in! He referred to it as ""set in a western town.....""! THIS IS ABSURD for the producers of the show to allow such obvious mistakes to air, especially by the owner of the pawn shop!

By the way, Dodge City is a living, breathing, and vibrant town today with almost 30,000 people living and working here. In fact, if you eat hamburger, or have a steak now and then, it was probably processed right here in Dodge City, Kansas!


PS: As a resident of Dodge City, I am a bit offended by Rick and the shows general disregard for facts about the city I live in, perhaps an apology is needed, and a pledge to get the facts right next time!

I will be traveling 3000 miles just to see the pawn stars hopefully!!!! I would love to have a picture with the group. If not I will be very dissappointed especially if I do not see Rick. He is simply adorable

If you go to the gold and Silver Pawn Shop expecting to see one of the guys from the show, Im sorry to say you may be dissapointed. Im from Hammond Indiana, close to Chicago and this was one of the first things on my to do list when I arrived in vegas... When I got there. People were lined up to get in.. so I was positive that they were there .. NOT!! According to several people I talked to who were all very upset they are never there .. They must just show up for the taping of the show.. I as many other fans of the show left feeling a little cheated..

It's not hard for the staff to walk around being proud of themselves for working at the Gold & Silver Pawn Shop, it's on TV. I've pawned a few items there and I've been happy with the funds I received. All but one employee made a good impression on me, and his name is Travis. This manager thinks he's some kind of a high minded big shot, and he isn't. He's rude. Rick needs to get rid of him.

Nice place to visit rear items to buy , I wish I can visit more often