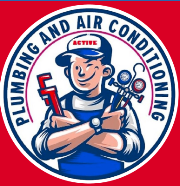 Associations
Active Plumbing, Inc. is a proud member of LeTip International
Other Links 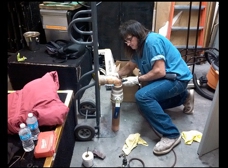 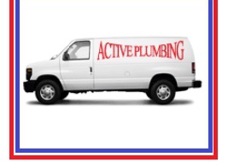 Hi there!
Rate this business!
First-classBetter than mostAbout what I expectedNot the worst...Disappointing
Click to Rate
Phil &amp; mary lou L.

Super Sunday, early morning. Water heater gushing all over the place. After turning the water off and cleaning it up, I called Active Plumbing at 8 am. They promised to have someone here between noon and 2. Tony showed up at 1155. He provided very good service, had a professional demeanor, and worked diligently. He installed our new water heater, neatly cleaned the job site, and was polite. Tony rocks. I will definitely be calling Active Plumbing next time I need help.

Be aware! I had called to have my water dispenser removed. I had the components disconnected from underneath but did not have the proper tools to take off the spout. Talked to Carl and told him exactly what needed to be done. He quoted a price of $19.95. I was pleased with their "honest and fair" approach; nevertheless, I asked him twice more if that's going to be the total cost with no surprises when his rep showed up? He confirmed and reassured me 'that's not the way they operate'. The rep showed up on time and took a look.

Me: But I told Carl the exact situation and was quoted $19.95 total

Rep: Ma'am, that's just for my trip, my time and my gas

Me: That's why I asked and confirmed with him 3 times

Me: There must be a mistake, let me call Carl.

Responded to my Home Buyers Warranty work order to replace a leaky shower control cartridge. Very old and calcified control made job very difficult. Active Plumber owner and technician were not happy with the initial fix so after inspecting the first effort they redid the job and brought along dry wall repair. They completed the job to a much higher quality standard of work at no charge to me. Highly recommend .

This plumber was nice on the phone and very helpful. It was fairly cheap too. I got quoted from a couple others and he was the cheapest. A little messy but got it done promptly and there is no problems as of yet. Highly recommended. Family business is always a plus in my book too!

I too am very pleased with Active Pluming. Eddie answered my call, within one hour Jerry was to my house to replace my water heater. His first concern was restoring water to the house. Then in a very timely manner he had the old water heater out and the new one in and running, replacing all hardware with new. Jerry did a very quality job and payed attention to detail. Left my garage looking just as it did before he showed up. All in all very timely, good quality and a very reasonably price.

I don't know about anybody else but I was very satisfied with this company. The installer (Jerry) A great technician with a lot of pride in his work is very detail oriented and displays outstanding workmanship, something rare to find in las Vegas.

The job was to replace 50 gallon water heater Bradford White and replace a new pressure water valve. Hundreds less than competitors I will hire this company again and again. Very happy customer.

I'm extremely pleased with Active Plumbing. I called numerous companies at 1:30pm on a Saturday to replace my water heater and Active arrived the same day. All others quoted me Monday. It's January, the middle of winter! You can't take cold showers. The price was compettive to Lowes, Home Depot, and Sears. Larkin Plumbing quoted $700 higher and YES plumbing would not give a phone quote; wanted to charge the service call I presume. Eddie is the owner and Jerry is an excellent, contientious tech. He sweats every detail. This brand of service with contractors in Las Vegas is uncommon in the 30 years I've lived here. I highly recommend giving them a try!

arrived within 30 min of my call for hot water heater problem. did not try to upsale or inflate price. very profesional. I will call again

Just 30 minutes after calling because I had no hot water, someone from Active Plumbing was at my door and explaining the problem. I was assured that it was a common problem with a simple fix. If they had told me I needed a new water heater I would have believed them. Instead, less than an hour an a half after my initial phone call the problem was fixed for a much smaller amount than I was expecting. I would highly recommend Active Plumbing to anyone with a water heater issue.

They did a great job of taking care of my water heater problems. Was on time and showed me what was wrong with my water heater and gave me some tips on what to look for and so forth. The price was very fair and what was quoted to me over the phone. I was very happy with active plumbing

I mistakenly thought I needed a new hot water heater. Instead of ripping me off, Active saved me a couple thousand dollars by telling me what my real problem was. And rather than talking fast and over my head, they sat down at my kitchen table to explain my situation in terms I could understand. They came in a day earlier than they promised, got the job done fast, and also impressed me with their sense of humor. Also polite to my wife and children.

Charged an excessive fee for an estimate to replace a hot water heater which was $400 more than Home Depot. They wanted $169 for a County permit which actually cost under $20. Would not use this company to replace a burned out light bulb.