Check out our deals on tires and wheels! 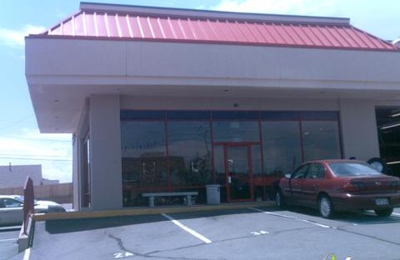 Earlier this year, this shop damaged all four of my rims when I came in for the rotation/replacement plan I bought. I have had them rotated many times at the Joliet store in Illinois without issue, but this was at colfax shop in Colorado. They took their own pictures that day and said they would contact me.

First, they tried to give me some aftermarket rims from their local store. I refused, saying I was happy with the rims I have. They then sent the case on to corporate who sent out an appraiser. The appraiser admitted all 4 were damaged by them, but prorated them at about half their value. Unfortunately, no one sells rims at half their cost, because their 'old'.

I told them that I can't replace my rims for that money. I just wanted the rims I have, undamaged like they were when I took them into their shop. They said they could find some, but they would take time to get and to check in with them in a month or two.

I contacted them last month and they said they should be in any day. A local store manager named Jeremy even called me to ask what the rims were to make sure they were put aside for me. Since then, the corporate claims and local store manager haven't returned a call in over two weeks. They usually respond within a day....

Shortly after my review I was contacted by the store and notified they had the replacement wheels. They were installed today without issue. I've improved my rating to 3 stars from 1 star but since I had to go back and forth for 9 months before the situation was resolved I can't increase the rating any hire.

I will say that the staff of the store has been very courteous and helpful while I was there.

We'll be sure to always purchase our tires from Discount Tire Co. they do a great job on getting you in and out of there with a smile. We haven't had any problems with tires purchased here but if we did we could go to any location for repairs or service at basically no charge and they are everywhere. Tire rotations are free for the life of the tires and they get the job done quick. We get email reminders about upcoming services and they check the air pressure everytime for free and that can help with gas savings which is always a good thing!